Outstanding Opening Round Victory For MacDowall On ELMS Return 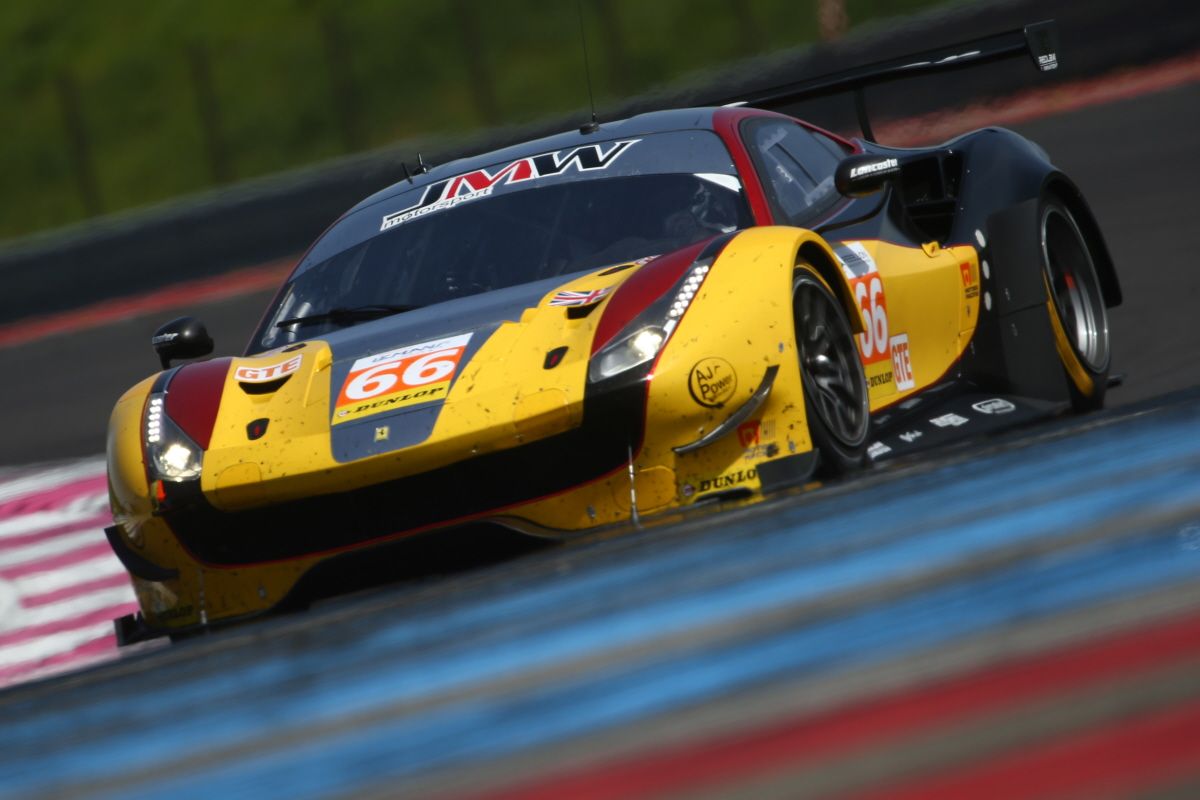 British racer Alex MacDowall produced an absolutely sensational performance on his return to the European Le Mans Series at Paul Ricard in France on Sunday, 15th April, and played a pivotal role in securing LMGTE class victory for reigning champions JMW Motorsport in the first race of 2018.

Back in the prestigious pan-European endurance racing championship two years after he won the LMGTE title with Beechdean Motorsport Aston Martin, the 27-year-old from Carlisle in Cumbria starred at the wheel of JMW’s No.66 Ferrari F488 GTE during Sunday’s intense four-hour encounter.

Following a strong opening stint by new team-mate and ELMS debutant Liam Griffin, championship returnee MacDowall delivered an inspired run after taking over driving duties and closed down a 16 second gap to the race-leading Porsche to put JMW in a very strong position – easily the fastest driver on track in LMGTE at that point.

After taking the lead midway through the race, the Ferrari remained in contention when Griffin returned to the wheel before handing over to Spanish driver Miguel Molina who, after delivering a fantastic drive during the final hour, was able to get the lead back on the very last lap of the race to secure a famous win. As a result, of course, the JMW trio top the LMGTE driver standings ahead of the visit to Monza in Italy next month.

“It’s obviously a great way to start the season”, said a delighted MacDowall, “The pit-stops went well, the car is quick and we have a really strong package overall – being back in ELMS feels like being back at home. The guys at JMW are fantastic, Liam did a good job on his debut, he’s only going to get quicker and quicker, and Miguel had a blinding last stint.

“In my stint I was quicker than the other ‘Silver’ drivers and I took about 16 seconds out of the Porsche which was leading at that point, that made Miguel’s pass for the lead at the end happen really – if we hadn’t closed that gap we couldn’t have been in a position to win at the end. It’s a great result and I think we have a good chance of fighting for the championship.”

Following two more free practice sessions on Friday, 13th April, the first qualifying session of the season took place on Saturday, 14th April, and Molina secured third on the grid for round one with a time of 1m54.562 seconds (182.0 km/h) – the highest placed Ferrari.

Griffin took the first stint of the race on his ELMS bow and quickly moved up into second in LMGTE before being nudged back down to fifth place over the first few laps. Battling back through into the top four, an unfortunate spin as he challenged for third at the 50-minute mark undid his hard work.

As the first round of pit-stops began to take place with an hour elapsed, Griffin remained on track initially before pitting the No.66 Ferrari 10 minutes later to hand the car over to MacDowall. Running in fifth place as he joined the track, the Cumbrian quickly took fourth position and then pressurised the third placed Porsche having closed a gap of around 16 seconds with some stunning driving.

Passing for second soon after, it then became first in LMGTE when the lead car stopped out on track ahead of a Full Course Yellow period which was triggered after a two-car collision and which ultimately led to the appearance of the Safety Car.

After 25 minutes under caution racing resumed and Griffin returned to the track to complete his required driving time – the ‘Bronze’ graded driver in each team has to complete 90 minutes behind the wheel in each race this year in ELMS.

Although Griffin was edged back to third place by two of the Porsches prior to pitting for Molina to get behind the wheel for the final stint, MacDowall’s tremendous performance mid-race meant the Spaniard had a very real chance of trying to push for victory.

With just under an hour to run, Molina took to the track and produced an inspired drive. Moving up into second place, he started to reel in the No.88 Porsche and into the final 10 minutes of the race there was nothing between them. Continuing to apply maximum pressure, on the last lap of the contest Molina managed to get ahead on the Mistral Straight to seal a stunning victory for JMW.

There is now a break of roughly a month for the European Le Mans Series before the second event of the 2018 season over the weekend 12th/13th May at Monza in Italy.