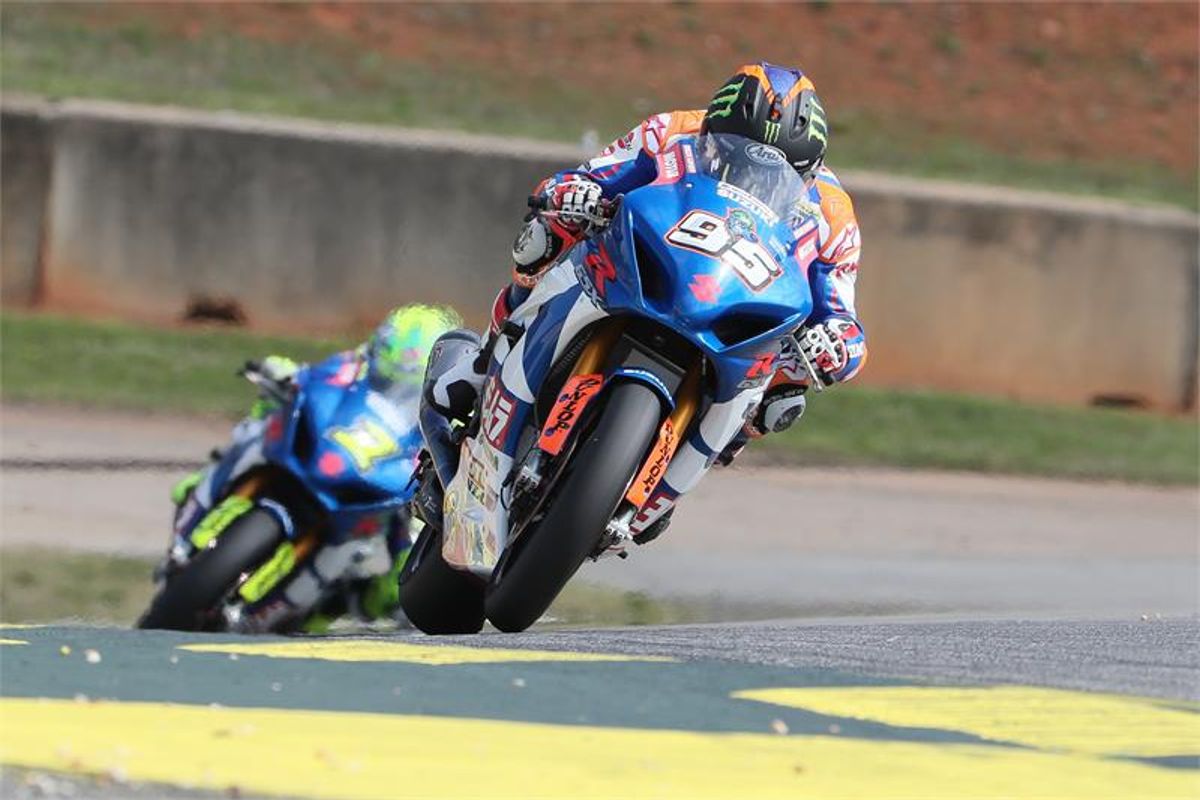 It marked his 18th-career MotoAmerica Superbike victory; and combined with his win in Saturday’s season opener, Elias leaves Road Atlanta with a perfect 50 points, giving him an early 14-point lead in the standings.

Yoshimura Suzuki team-mate Roger Hayden led much of Sunday’s race, but fell in the tricky conditions halfway through the race. In a gritty performance, Hayden managed to re-join the race and rallied back to finish fifth.

After a challenging weekend, Hayden has some work to do to get back into the title chase. He goes to Austin next week ranked 11th in the series.

For Elias, the weekend was especially encouraging since he won in both dry and wet conditions. In Sunday’s race he took over the lead from rival Cameron Beaubier with two laps to go and won by a margin of 1.639-seconds.

Said Elias: “This was a perfect way to start the season. Of course, the competition will be difficult this year, but after this weekend I am very happy for the work the team has done. We continue to make our race bike even better than it was last season and I am gaining so much confidence. This is the first rain race that I’ve won since 2001, so that also makes me very pleased to know that we can perform at the highest level no matter the conditions.”