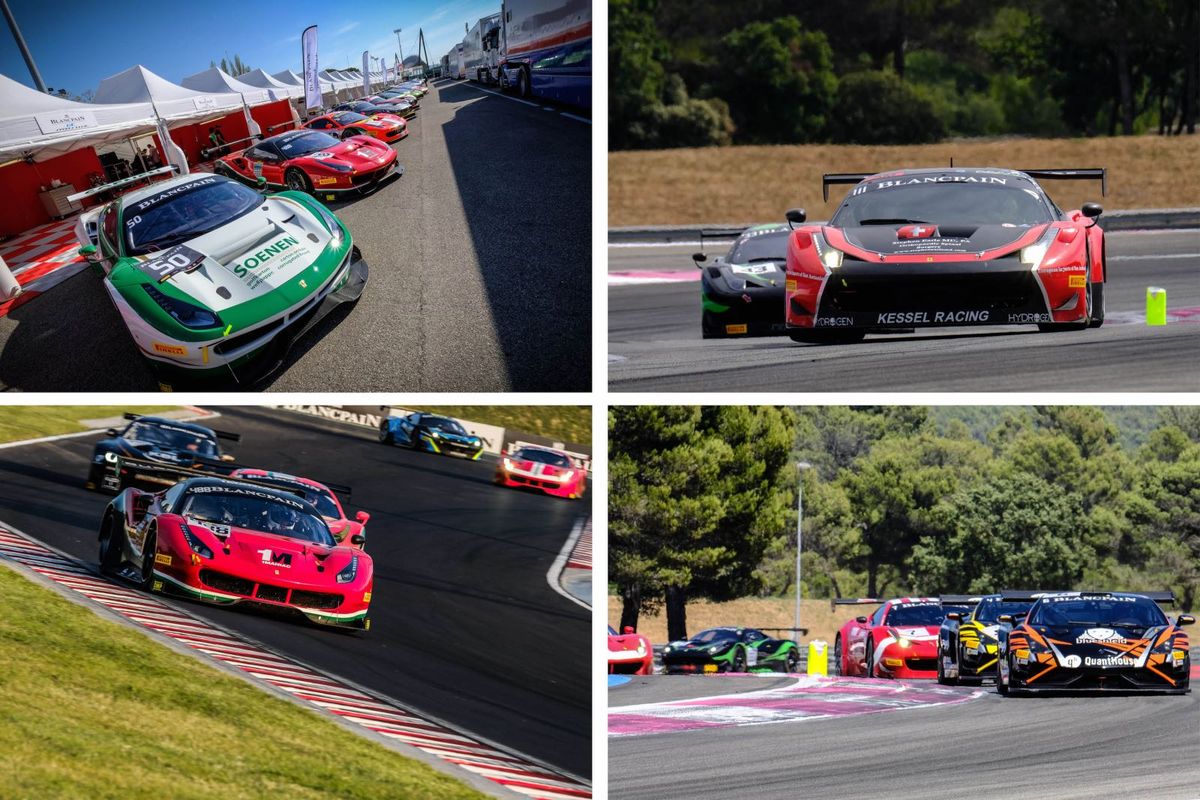 Kicking off its fourth season, the Blancpain GT Sports Club will make its debut at the legendary Autodromo Nazionale di Monza this weekend (20-22 April), with 17 entries confirmed across the three classes.

For this year’s first round, SRO Motorsports Group’s Bronze-only series will act as the curtain-raiser to the popular Blancpain GT Series Endurance Cup, with a great variety of GT machinery, supplied by BMW, Ferrari, Lamborghini, Mercedes and Porsche sure to provide thrilling racing.

The Italian venue will also host the maiden race for the new Titanium Cup class, for those aged between 50 and 59, alongside the established Iron Cup, for over 60s, and Overall championship.

This year, there is guaranteed to be a new champion, and sure to be a challenger in 2018 is last year’s runner-up Christoph Ulrich, who will return with the AF Corse team, driving a Ferrari 488 GT3. The Swiss ace took one victory last year, improving throughout the season to move ahead of Karim Ojjeh.

With five podiums under his belt since making his debut in 2016, Karim Ojjeh will be another to watch this year. Driving for Boutsen Ginion, the Saudi Arabian is yet to take a victory in the series, but will be hoping the 4.426 km circuit plays to the BMW M6 GT3’s strengths. He will be joined in the Belgian team by series regulars Claude-Yves Gosselin and Pierre Feligioni, both of whom are running a Lamborghini Gallarado Extenso R-EX.

The Iron Cup promises to excite again this year, with defending champion Stephen Earle set to go up against last year’s runner-up Klaus Dieter Frers. The American racing legend won by the slightest of margins in 2017, securing the title by a single point in the season finale. Both will drive a Ferrari 488 GT3 again, Stephen Earle sticking with Kessel Racing once more, and Klaus Dieter Frers remaining at his own Artega Rennsport team.

In the Titanium Cup, German trio Christian Hook (driving for Rinaldi Racing), Coach McKansy (HP Racing International) and Jürgen Häring (Herberth Motorsport), as well as Italian Mario Cordoni (AF Corse) are sure to be locked in a close battle, with all certain to have a chance at the class victory.

Christian Hook, who will switch to a 488 GT3 this season, finished 14th in the overall standings last year, with Coach McKansy, who will again drive a Lamborghini Huracan GT3, just four points behind in 16th. Mario Cordoni, also in a 488, and Jürgen Häring, entering a Porsche 991 GT3 R, only raced in one round last year, with both showing they should be in the mix.

AF Corse will field the most drivers this weekend, as five of them head to the team’s home event, with four utilising a Ferrari 488 GT3 and one 458 GT3. Alongside the aforementioned Christoph Ulrich and Mario Cordoni at the Italian squad is Iron Cup entrant Louis Philippe Soenen, 2017 Hungaroring race-winner Patrick Van Glabeke, and Frenchman Frederic Fangio.

German squad Attempto Racing return to the series after a year’s hiatus, fielding a pair of Lamborghini Huracan GT3s for newcomers Mike Hansch and Bernd Kleinbach, who will compete in the Overall championship and the Iron Cup.

After a promising Blancpain GT Sports Club debut last year at Spa-Francorchamps, Edward Lewis Brauner will return with the Herberth Motorsport outfit at Monza in a Porsche 991 GT3 R.

Finally, GDL Racing will again be running Italian Roberto Rayneri with a Mercedes SLS AMG GT3, as he looks to mount a challenge in the Iron Cup class.

Saturday’s action at Monza begins with one 40-minute practice session followed by a 20-minute qualifying run. The 25-minute Qualifying Race takes place that same evening before drivers and teams return mid-morning on Sunday for their 40-minute Main Race.

*All times are local