Annual visit to Croft next for all-action Legends Cars 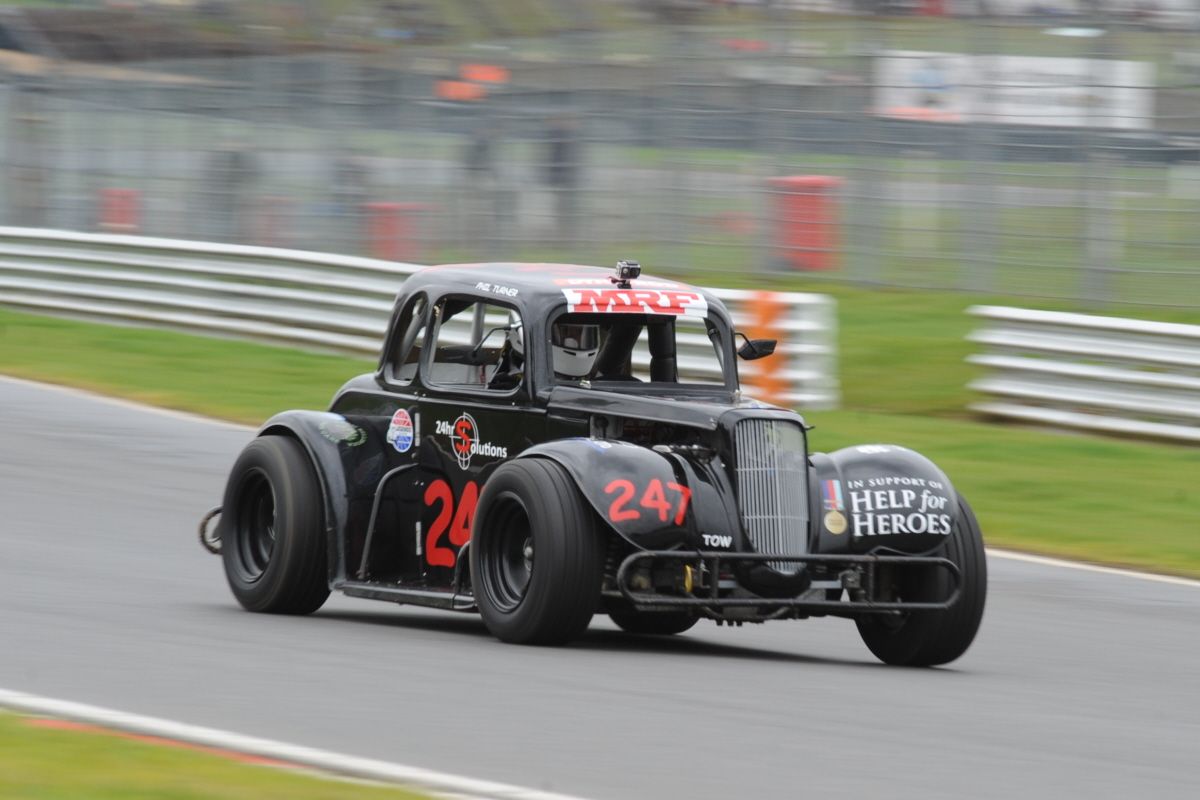 Croft Circuit in North Yorkshire is the destination for the Legends Cars National Championship with MRF Tyres this coming weekend, 21st/22nd April, where the unpredictable 2018 season will resume after a three week break for rounds four and five of the campaign.

Always a favourite among drivers and spectators alike, Croft’s unique 2.12-mile track never fails to deliver great racing and with a terrific grid of 24 competitors expected for the third race meeting of the Legends Cars season, spectacular action is guaranteed.

Off the back of two very strong events so far at Oulton Park and, especially, Brands Hatch last time out, Miles Rudman (Sutton Coldfield) is the popular leader of the outright championship heading into Croft with a 70 point advantage over Ben Power (Guilsfield, Powys).

Rudman, last year’s Rookie Champion, is enjoying a sensational start to his sophomore season on the full circuits and is growing in confidence with every outing. With two race wins at Brands over Easter weekend, Rudman looks every bit a major player in this year’s title battle.

Power, of course, is one of the standout drivers in Legends Cars and, like Rudman, he wrapped-up two victories at Brands Hatch to really get his season underway after a tough opener at Oulton in March where he struggled with brake issues.

Third in the standings, and only five points behind Power, is the ever-consistent John Mickel (Horsham) and although he only has a single win to his credit from the opening nine races he has still been racking up the points in his quest for title number four.

Another name familiar to followers of Legends racing is next in the championship fight, Oulton race winner Steve Whitelegg (Bury), while the top six is completed by Jack Parker (Wolverhampton) – the points leader after the opening round – and double 2018 race winner Will Gibson (Camberley).

Sean Smith (High Wycombe) will arrive at Croft seventh in the championship with an impressive Neil Shenton (Middlewich) eighth in the standings after a strong and competitive beginning to 2018. Last season’s Masters Champion Paul Simmons (Lingfield) is ninth with Nathan Anthony (Horley), pilot of the only ‘Se-Van’ in Legends racing, rounding out the coveted top 10.

From a local perspective, Bishop Middleham racers Mike and Lee Bourner are ones to watch sharing the No.5 ‘Team Car’ – Mike takes driving duties in round four on Saturday and Lee will qualify and race on Sunday for round five. Front-runner Rob King, meanwhile, is from just down the A1 in York and Jonty Norman doesn’t have far to travel either from Wakefield.

During last season’s visit to Croft reigning champion Mickel enjoyed the lion’s share of success, with four wins from the six races contested, while Power and Whitelegg also tasted the winner’s champagne with a victory apiece.

Looking ahead to the weekend’s action, championship owner Phil Cooper said: “Everyone always loves competing at Croft, it’s a fantastic circuit with a real challenge for the drivers and we’re heading there with another terrific grid for rounds four and five.

“The season has started superbly well, two outstanding events at Oulton Park and Brands Hatch, and it’s wonderful to see Miles Rudman – who is only in his second year in the championship – leading the title battle as we head to Yorkshire. With Ben Power, John Mickel, Steve Whitelegg and Jack Parker close behind, though, it’s anyone’s guess who’ll come out on top next weekend.”

Qualifying for the Legends Cars National Championship with MRF Tyres at Croft will take place at 09.55 on Saturday, 21st April, with Heat One following at 12.10, Heat Two at 14.20 and the opening day’s Final set to start at 16.45.