1 of only 10 RHD Ferrari 550 Maranello WSR editions, on offer at Silverstone Auctions 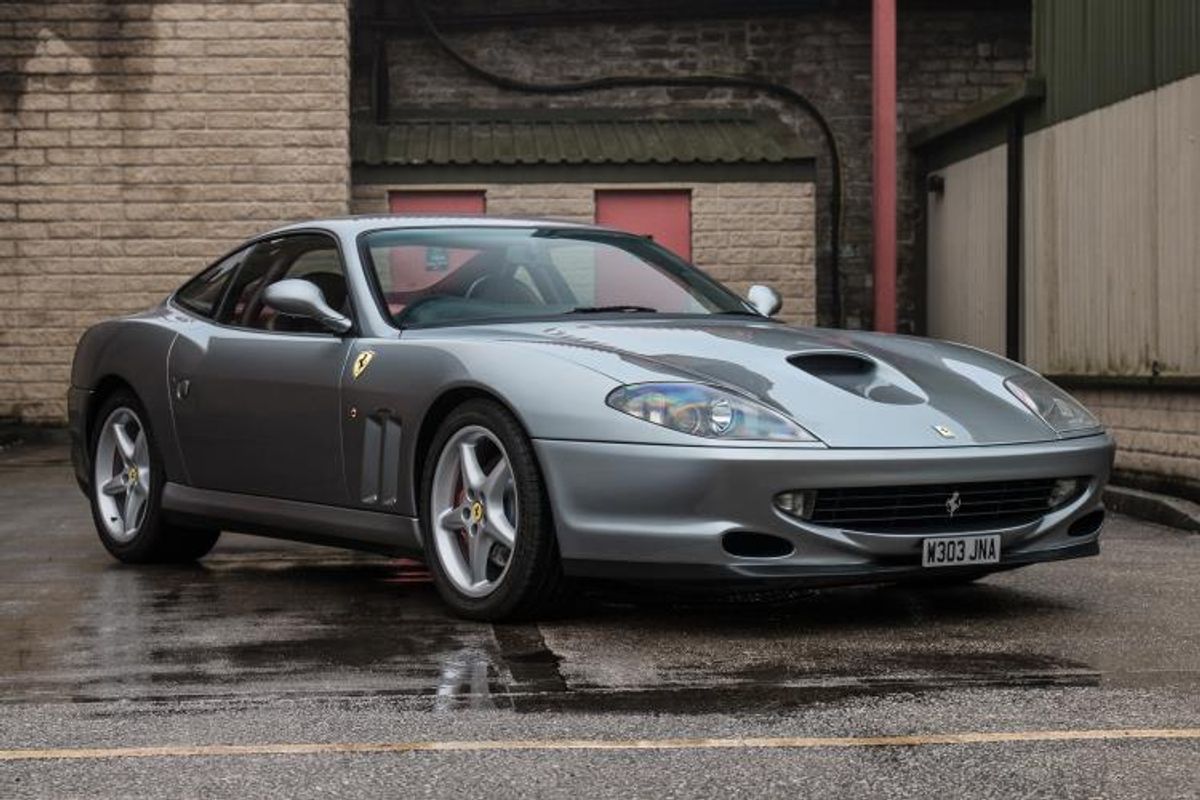 Front-engined V12 Ferrari Grand Tourers have always been the stuff of legend since the days of the original 365 GTB/4 Daytona back in the early 1970s. This evolution has included the famous 456 model which was superseded in July 1996 by the Pininfarina designed 550 Maranello. Featuring a 485 bhp, 5,474 cc DOHC V-12 engine with Bosch Motronic fuel injection, six-speed manual transmission, independent front and rear suspension with unequal-length A-arms and coil springs, and four-wheel ventilated Brembo disc brakes with ABS, this was indeed a “driver's car”.

The Ferrari 550 also enjoyed a great amount of success in competition, often in collaboration with those talented race engineers from Prodrive in Banbury. In October 1998, Ferrari sent a lightly modified version to a 12-kilometre oval test track in Columbus, Ohio and set three new world records as follows:

- Driving for one hour at an average speed of 184mph.

The WSR featured here is one of only ten right-hand drive cars destined for the UK and is finished (as are the majority of WSRs) in Grigio Titanio with a Bordeaux Leather interior. Delivered new by Stratstone of Wilmslow on 1 March 2000, it has pleasingly remained in the UK ever since and is now offered from the stable of a significant private collection where it has been residing since 2014. During this period it has been looked after by the knowledgeable team at Italia Autosport with a major service and cambelt change carried out in October 2017. The car presents superbly and could comfortably be described as immaculate. The interior is in equally lovely condition and all the interior plastics have recently been refurbished. We understand that the car is also 'mechanically superb' and will be accompanied by an 'Italia Autosport Condition Report'. The original books and manuals in the dedicated Ferrari wallet are with the car as are the toolkit, two keys, and three alarm fobs. The MOT is valid until 12/03/2019.

This amazing Ferrari can be inspected prior to the auction viewing day but strictly by prior appointment.  Very sensibly guided compared to recent sales, this beautiful and rare edition of the 550 Maranello opens the door to a very exclusive club and represents an exciting opportunity for any serious collector.