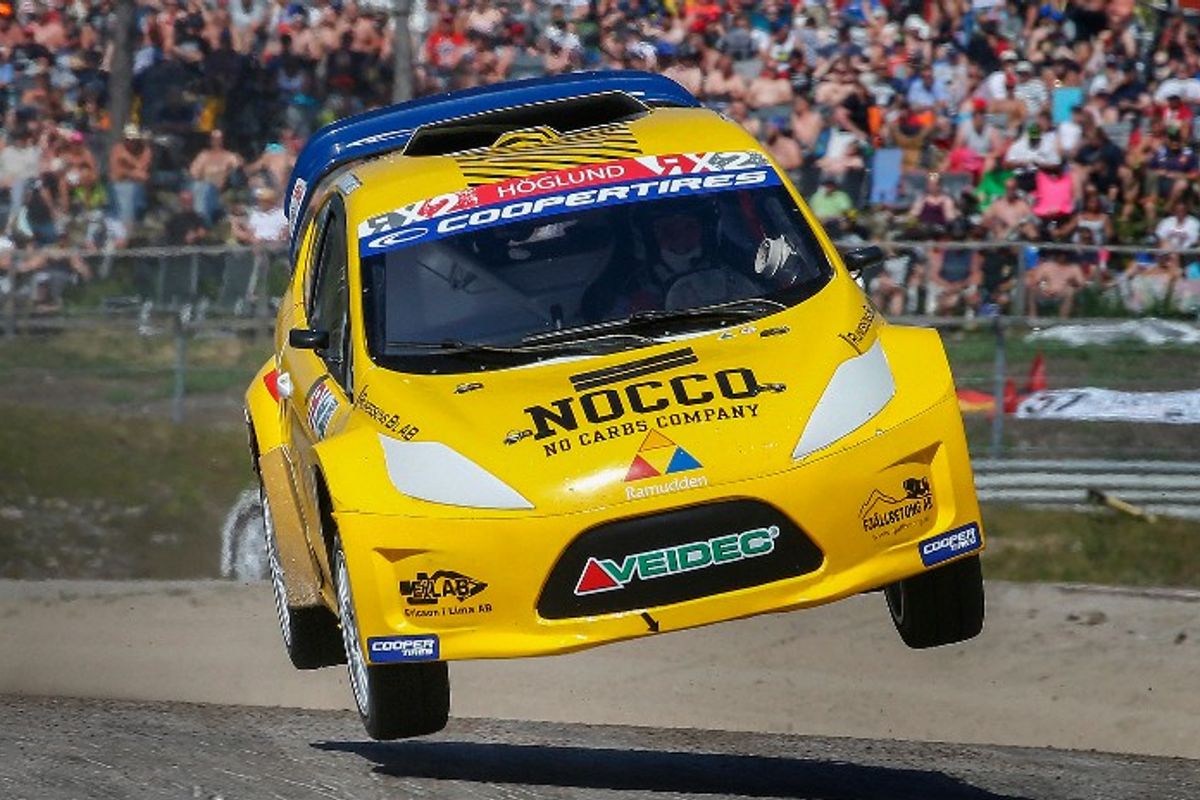 Marcus Höglund is aiming to take the fight to his more established rivals in RallyX Nordic in 2018, after committing to a full campaign in the Supercar Lites class with front-running Swedish squad JC Raceteknik.

Höglund will contest all six rounds of the eagerly-anticipated RallyX Nordic season, which will rev into life at his home circuit of Höljes in Sweden on 5/6 May, before visiting fellow rallycross heartlands Norway, Denmark and Finland.

The 24-year old – who has previously made selected appearances for JC Raceteknik – will dovetail his RallyX Nordic attack with a brace of outings in the RX2 International Series presented by Cooper Tires at Hell in Norway and Höljes in mid-summer.

His new challenge will mark a step-up for Höglund, who has hitherto contested predominantly national-level competitions. The Swede began his rallycross career in the 2150 Supernational category in 2011, going on to place third overall in 2015. The following season, he switched to the Swedish Rallycross Championship in the headlining 2400 class, while making his Supercar Lites bow the same year at Höljes.

Immediately impressing, Höglund qualified for the final first time out, before gearbox problems halted his eye-catching charge. In 2017, he progressed through to the semi-final stage in RX2 at both Hell and Höljes and entered RallyX Nordic’s Solvalla round – all with Värmland-based JC Raceteknik. Now, the Dalarna County native is eager to make a splash as he graduates to the fiercely-contested series full-time.

“I’ve driven in rallycross for several years, including some races in Supercar Lites, but now I’ve come to a stage where it’s time to step up a level,” he asserted. “I’m really looking forward to the season – it’s going to be a lot of fun.

“The first time I drove the Supercar Lites car at Höljes in 2016, I was able to compete at the front, which far exceeded my expectations. Last year, it was a bit more difficult. I started getting to grips with the car at Solvalla, but then there was only one race left.

“This year, I will get more testing before the first round to be better prepared. I think the biggest challenge to performing consistently and succeeding at the top will be to stay focussed and control the nerves.

“The competition will be very tough because as more and more entries come in, the level keeps getting higher. I’m not taking anything for granted since there are a lot of drivers targeting the championship, but I definitely intend to be in the fight.”

*Events including the RX Academy