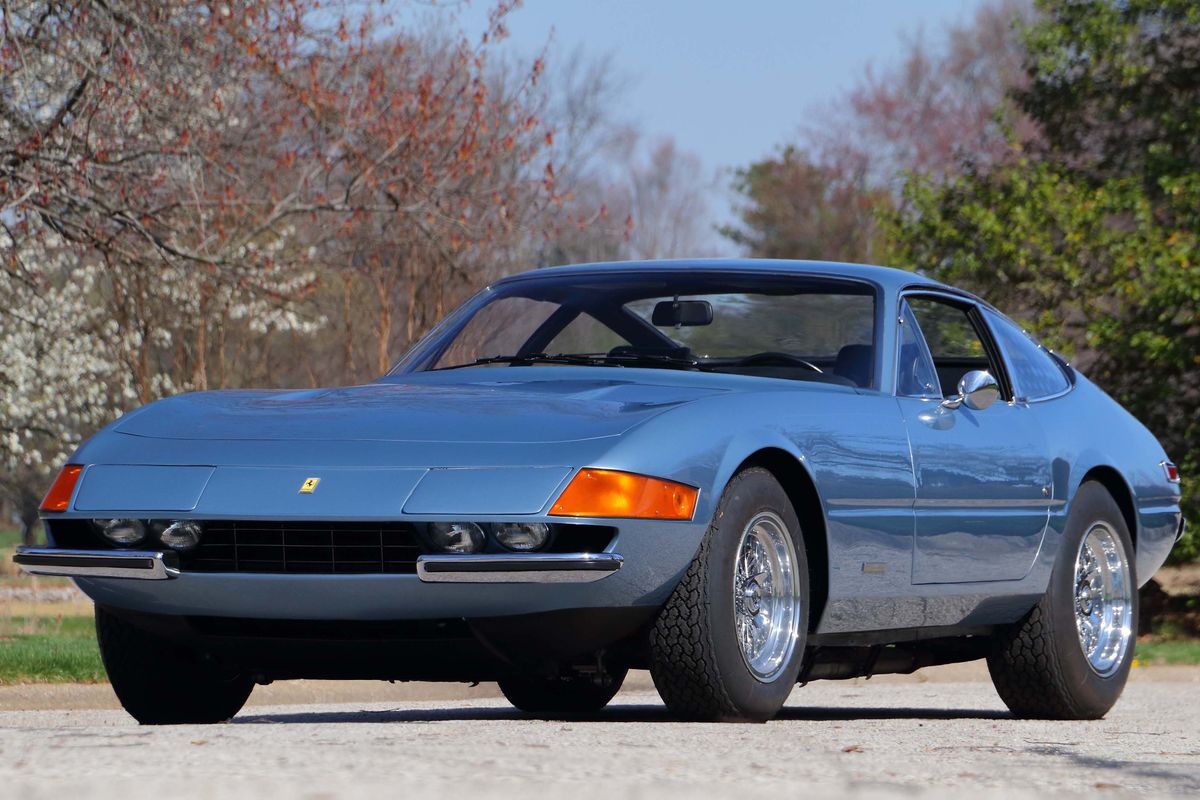 This 1973 Ferrari 365 GTB/4 is Serial No. 16701, a highly original and well-maintained example that remains mostly unrestored with a single repaint.

Based on the great 275 GTB, the Ferrari 365 GTB/4, also known as the Daytona, was the best-performing sports car of its era, with a race-proven chassis layout, tuned 4-wheel independent suspension, 4-wheel disc brakes and a high-winding four-cam V-12 engine that sang like only a Ferrari V-12 can. Wrapped in one of the most cleanly conceived bodies in automotive history and packing more than 350 HP, the Daytona was unanimously pronounced by the motoring press as the greatest sports car the world had ever seen. The Daytona’s conventional layout may have been the source of some initial disappointment for those envisioning a mid-engined road-going Ferrari to answer the Lamborghini Miura, but all doubt faded once road testing commenced and the motoring press began singing its praises in unison.

Most importantly, despite its weight of more than 3,500 pounds and a spacious, well-appointed interior, the Daytona surpassed the Miura’s performance with a higher top speed (174 MPH) and lower standing quarter-mile and kilometer times. Documented in part with a 1987 odometer statement declaring 15,079 miles, Daytona No. 16701 now shows 17,360 miles, believed to be an accurate reading.

Repainted once in Azzuro (metallic blue) paint, the car also features a clean black interior with Daytona bucket seats, power windows, air conditioning and Becker Mexico radio cassette. This is a superb example of Ferrari’s ultimate front-engine V-12 sports car of the classic era and one of just four Azzuro 365 GTB/4s listed in the Daytona Registry.