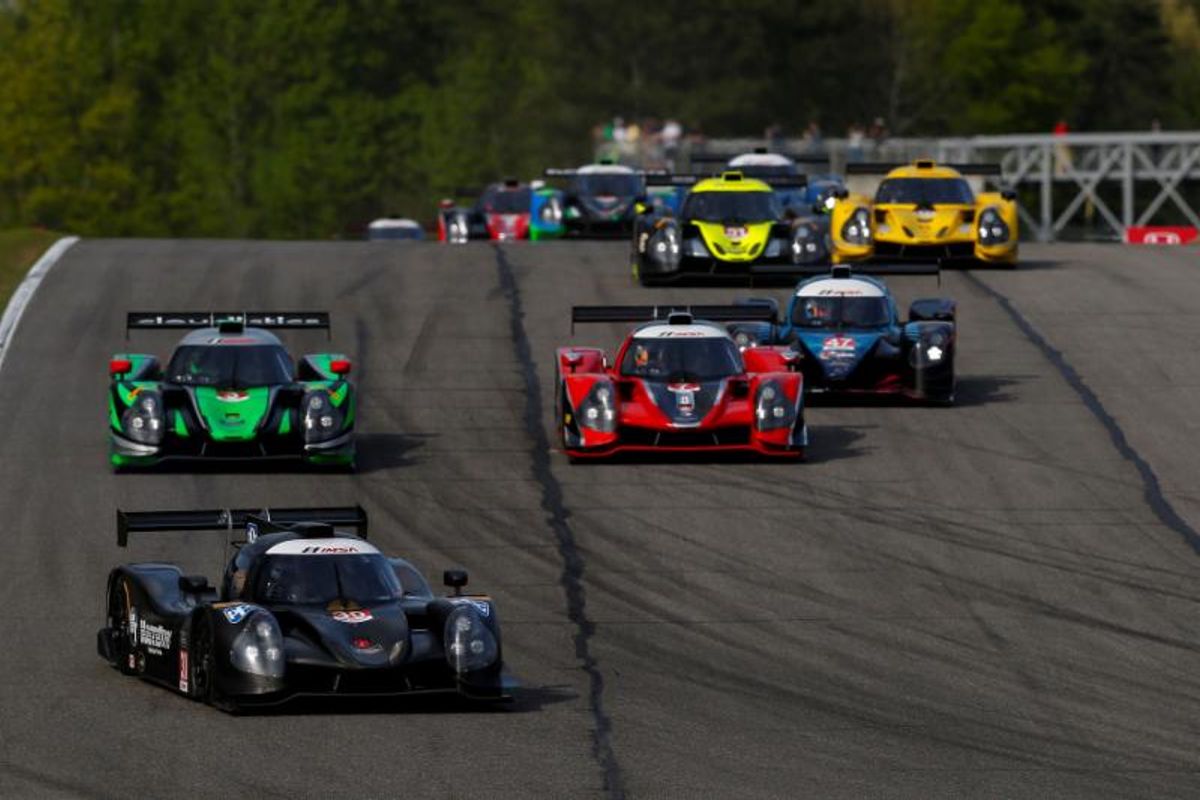 Kris Wright made a statement at Barber Motorsports Park – he is a title contender in the IMSA Prototype Challenge Presented by Mazda championship.

Leading all but one practice session on the weekend and starting the race from the pole, Wright and co-driver Yann Clairay continued to dominate Saturday in the No. 30 Extreme Speed Motorsports Ligier JS P3, only losing the lead briefly on a cycle of green flag pit stops and winning the one hour, 45 minute race by 34.603 seconds.

The win unofficially moves Wright into the series points lead at the halfway point of the season.

It was the third consecutive podium finish of the season for Wright, who finished third at Daytona International Speedway and Sebring International Raceway with two different co-drivers. Barber was the first race paired with Clairay, a 34-year-old French driver who finished second in the 24 Hours of Le Mans in the GT1 class in 2009.

“We met each other and we kind of hit it off,” said Wright. “(We had) dinner every night. He’s awesome. He did a really good job setting the car up and did a better job picking up my stint.”

“It’s my first time in the USA,” added Clairay, who set the fastest lap in the race. “For me, it’s good to win. Big thanks to Kris, Nick and the ESM team, because I had a very, very good car. The stint was easy for me, because I just tried to keep the tires all the time. After you finish first, it’s perfect.”

The No. 47 Forty7 Motorsports Norma M30 of Austin McCusker and TJ Fischer seemed poised to score its third consecutive runner-up finish of the season to hold onto the LMP3 points lead but contact between Fischer and a Mazda Prototype Challenge (MPC) class car with five minutes remaining relegated the team to a 16th-place finish.

Instead, the runner-up spot went to the team’s No. 74 Forty7 Motorsports featuring Alianza entry of Rodrigo Pflucker and Anthony Simone, the duo’s best finish of the season. Leo Lamelas, who entered the weekend third in points, rounded out the podium with a third-place finish with co-driver Will Owen. Lamelas won at Sebring with Pato O’Ward as co-driver.

Finishing seventh in LMP3, but winning in Masters was Rob Hodes in the No. 51 K2R Motorsports Ligier JS P3 with co-driver Sean Rayhall. It was the duo’s best finish of the season and the first Masters win for Hodes through three races.

“We had a great pace all weekend,” said Hodes. “We were nice and quick. We had a little mistake, but we had enough of a lead because we were running so fast. I’m really happy for the win. Sean did a great job. I’m just grateful. It was all fun.”

One day after winning his first IMSA Prototype Challenge Presented by Mazda pole, Michal Chlumecky capped off a perfect weekend in the MPC class with his first win since 2012.

Chlumecky masterfully handled traffic around the tight Barber Motorsports Park to win the one hour, 45-minute race in the No. 34 Eurosport Racing Elan DP02. He also set the race’s fastest race lap in his class.

“It was certainly an exciting first half of the race,” he said. “There was a lot of traffic and some LMP3s to get around. That was really exciting for us. The car was fantastic, the facility was great and Eurosport Racing, they put together a great car for me. The second half of the session was just keeping pace. Things opened up, just moderate, and it was very enjoyable day. Very enjoyable.”

Jon Brownson finished off a Eurosport Racing 1-2 finish with the Sebring pole winner placing second in the team’s No. 34 entry. Dr. Robert Masson rounded out the podium with a third-place finish in the No. 11 Performance Tech Motorsports Elan DP02.

It was Masson’s second podium of the season after winning the opening race at Daytona and unofficially moves him into the class points lead. Dave House entered the weekend leading the class by two points over four drivers, including Masson, but finished fifth.

The Barber race will be televised on May 10 at 9:30 p.m. ET on FS2. Round 4 for the series will take place at Canadian Tire Motorsport Park as part of the Mobil 1 SportsCar Grand Prix race weekend that also will feature the IMSA WeatherTech SportsCar Championship and IMSA Continental Tire SportsCar Challenge