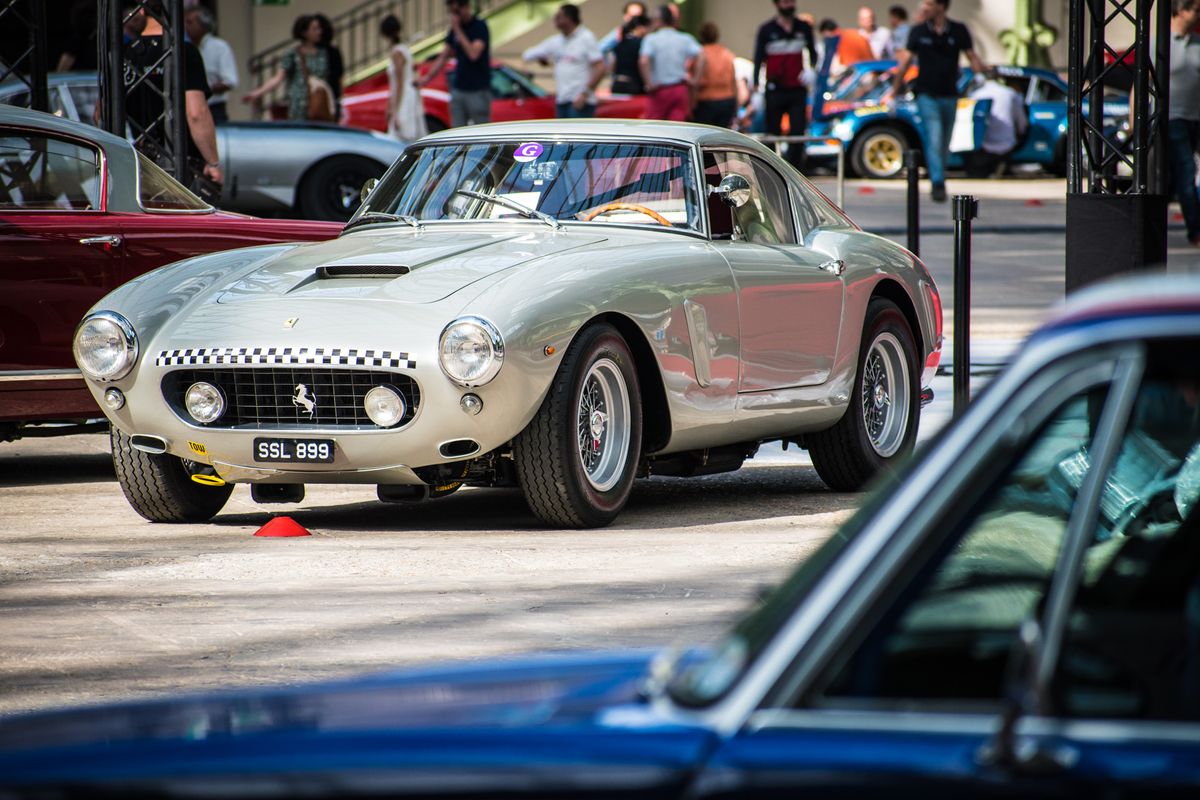 FIRST BLOOD TO THE ENGLISH!

After the splendour of the show on Monday in the Grand Palais seen by 10 000 visitors, the Tour Optic 2ooo field left Paris at dawn for the Château de Courances where the official start of the 27th staging of the event was given. The opening leg’s programme comprised a 461-km route that brought the crews to the first special stage (Sinotte) and then the Dijon-Prenois circuit. After this interlude the cars headed for the Besançon parc fermé at the foot of the ramparts built by the Marquis de Vauban at the end of the 17th century.

In the morning, the three grids in the competition section were the first to measure themselves against one another in the long rapid timed Sinotte stage, which the drivers used to get into the groove. British duo Andrew Smith-James Cottingham (JD Classics), last year’s winners, set the fastest time in their Ford GT40 and confirmed their intention to score another outright victory this year. They were followed by another British pairing, Chris Ward-Andy Elcomb (E-Type Jaguar), who finished second only 2 seconds behind, and French crew Ludovic Caron-Denis Giraudet whose Shelby Cobra suffered a cylinder head problem before the start of the first timed stage.

The French crew handicapped by the loss of a cylinder managed to keep the gap to the leaders down to 14 seconds. Unfortunately, the problem became more serious on the Dijon-Prenois circuit on which Caron finished 17th more than two minutes behind the race winner, Smith, ahead of Ward and a third Englishman Ben Gill at the wheel of a Shelby Cobra 289. In the overall classification the British are currently lying in first, second and fourth places. Jean-Pierre Lajournade-Christophe Bouchet (E-Type Jaguar) managed to slip into third place preventing total English domination in the first leg.

The French put on a much better performance in the Regularity section in which they are in the first three positions at the end of the first leg. Jean Rigondet-Olivier Souillard (CG 1200S) took first place ahead of Mathieu Sentis-Gaëtan Demoulin (Peugeot 504) and Philippe Fichet-Xavier Malenfer (Lancia Fulvia 1600 HF).

Wednesday, the crews will quit Besançon and head up into the mountains on their way to Mégeve at 1050 metres above sea level. On the second day’s programme they will cover 423 km with two special stages and a race on the Bresse circuit.