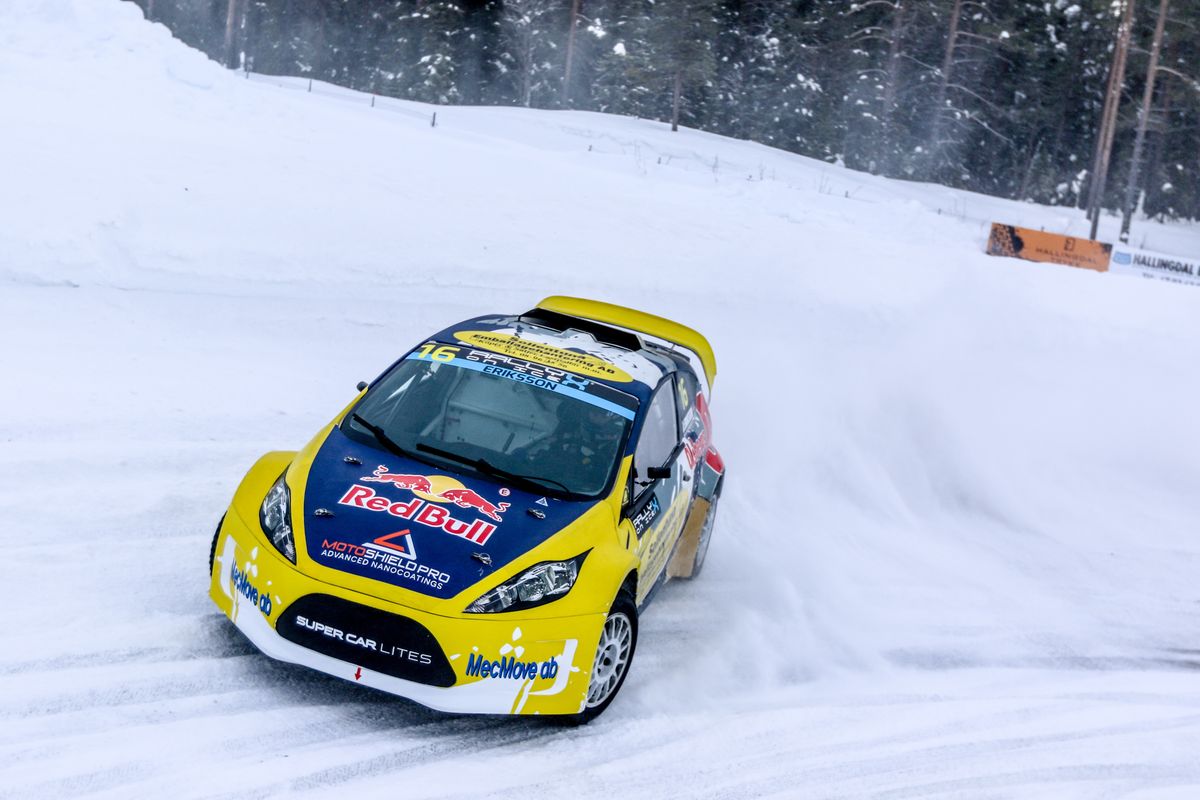 Olsbergs MSE will field a three-strong line-up in the 2018 RallyX Nordic curtain-raiser at Höljes next month, as Oliver Eriksson shoots for the spoils in the headlining Supercar class and team-mates Guillaume De Ridder and Cole Keatts gun for glory in Supercar Lites.

RallyX Nordic’s forthcoming campaign will rev into life in just under a fortnight’s time (5/6 May), with the legendary Höljes venue – scene of Sweden’s round of the high-profile FIA World Rallycross Championship – set to provide a fitting backdrop to one of the most keenly-contested rallycross series’ around.

Eriksson – who emerged on top in RallyX on Ice earlier this year – will lead the OMSE X Forces assault after signing up for a full campaign behind the wheel of a Ford Fiesta ST. The 2015 GRC Lites Champion gained invaluable experience last season when he raced a Honda Civic Supercar in the USA, in addition to entering selected FIA World RX and RallyX Nordic rounds in the Fiesta.

“It’s exciting to be competing full-time in RallyX Nordic this year,” enthused the 19-year-old Swede, who will be supported by key sponsors Olsbergs and Sollentuna Emballagehantering AB. “I enjoyed my two appearances in the series last season, and to have finished on the podium both times is an encouraging sign for what we can hopefully accomplish in 2018.

“The tracks visited by RallyX Nordic are first-rate, and the competition looks set to be fierce, which as a driver is what you always want to see. I can’t wait to get out there and find out how we measure up!”

Last year’s standout RX2 International Series rookie De Ridder – who joined OMSE over the winter break – and American stablemate Keatts will team up at Supercar Lites level, with the former currently due to contest only the Höljes round in preparation for his return to the circuit on the FIA World RX undercard in the summer.

“For me, it’s a no-brainer to race at Höljes next weekend,” explained the 25-year-old Belgian, who finished an excellent third overall in RX2 in 2017 in his maiden campaign in the discipline. “I achieved my first podium at the track last July, but there is always room for improvement and with a bit of ‘practice’ in RallyX Nordic, hopefully I can return this year and challenge for the win.

“Of course, in addition to gaining experience of the circuit, I will also be pushing hard for a strong result next weekend. I am under no illusions that it will be a sizeable task – these Scandinavian drivers have a bit of a headstart over me with their ‘local’ knowledge – but I always relish a fight...”

Like Eriksson, Keatts has spent time contesting GRC Lites in the States, and the 16-year-old Idaho native underscored his recent progress with a superb fifth-place finish amongst the 22 high-calibre contenders in the RallyX on Ice finale at Gol in Norway last month.

“I’ve certainly got a busy year ahead, dovetailing full seasons in both RallyX Nordic and RX2, but I’m really pumped for the challenge,” he enthused. “Every track will be new to me so I have a lot to learn, but it’s all good experience building towards the future and I intend to grab the opportunity with both hands.

“Competing in Europe is different to competing in the States, from the style of the circuits to the way you have to drive, and I’m still learning every time I take to the track. That said, I felt I took a good step forward on the ice earlier this year, so now I need to build on that momentum and carry it with me into the main season.”