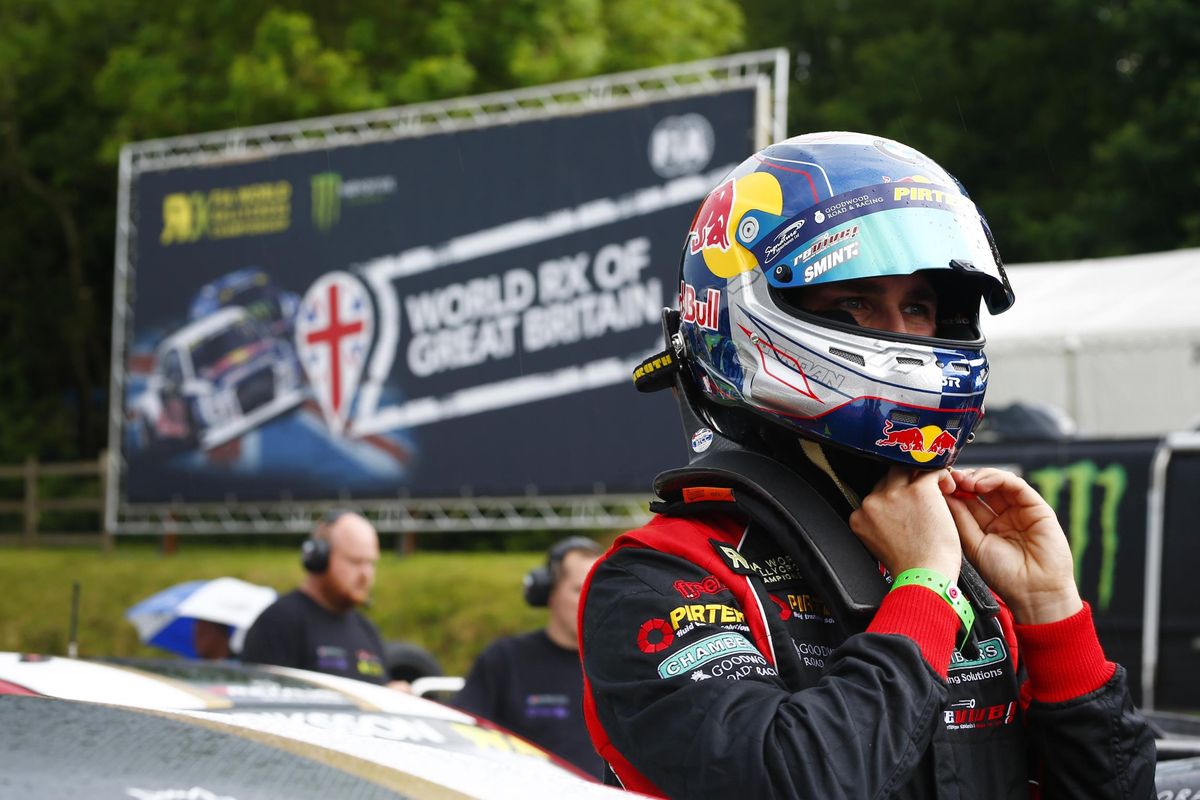 Andrew Jordan will give British fans plenty to cheer about when he returns to the FIA World Rallycross Championship presented by Monster Energy at Silverstone next month, as he prepares to trade the microphone for the steering wheel at the inaugural Speedmachine festival (26/27 May).

Jordan will join forces with 2014 World Championship runner-up Toomas ‘Topi’ Heikkinen in a two-car line-up for MJP Racing Team Austria at WRX of GB, in a brace of all-new 2018 Ford Fiesta ‘LionRX3’ Supercars.

The 28-year-old Brit began his competitive career in rallycross, winning multiple titles between 2003 and 2006 and finishing as runner-up in the MSA British Rallycross Championship in 2007.

He subsequently switched disciplines and was crowned British Touring Car Champion in 2013, but he has made sporadic returns to his ‘first love’ over the past few years, finishing on the podium on his World RX bow at Lydden Hill in 2014 with Olsbergs MSE. He progressed through to the semi-final stage at the same circuit in both 2015 and 2017.

Having interspersed his competitive appearances with stints in the commentary box alongside the ‘Voice’ of World RX, Andrew Coley, Jordan is now relishing his return to the World Championship stage, as he prepares to thrill spectators at Speedmachine. The eagerly-anticipated event will bring some of the most spectacular cars around to the heart of the UK at the iconic Silverstone circuit.

“I’m really excited to be coming back to the World Rallycross Championship, and I could not have picked a better event than Speedmachine, which looks set to take the sport to a whole new level and an even wider audience,” he enthused.

“As the ‘Home of British Motor Racing’, there’s something truly special about Silverstone and although I’ve not raced consistently in the discipline for more than a decade, rallycross will always be my first love and every opportunity I get to rekindle that flame is a total no-brainer for me.

“I’m under no illusions about the size of the challenge ahead of me, because the calibre in World RX’s Supercar field is tougher than ever right now, but I’ll certainly be doing my best to keep the home crowd on the edge of their seats.”

“We’re delighted to welcome Andrew back to the grid at Speedmachine,” added World RX Managing Director for IMG, Paul Bellamy. “What was already shaping up to be a very special weekend indeed has just gained even more appeal with the addition of a front-running British driver to the headlining Supercar class.

“Fans will be well-accustomed to hearing Andrew’s insightful and engaging commentary, which has been an integral element of our TV broadcasts, but he remains a racing driver at heart and duelling wheel-to-wheel out on the circuit is what he does best. I have no doubt that ‘AJ’ will be pushing flat-out from the start, and we look forward to seeing how he gets on.”

In addition to the enthralling action on-track at Silverstone over the World RX of Great Britain weekend, Speedmachine's packed entertainment bill ensures there will be something for each event-goer to enjoy. This includes headline live music from the likes of Dizzee Rascal, Lethal Bizzle and Ministry of Sound, Esports, drifting, iconic car displays and the very best street food, not to mention a truly unique opportunity for attendees to get behind the wheel of a performance car and drive the world-famous Silverstone Formula 1 circuit.

Book advanced tickets now and save £20. Weekend, camping and day tickets are available at www.speedmachine.com