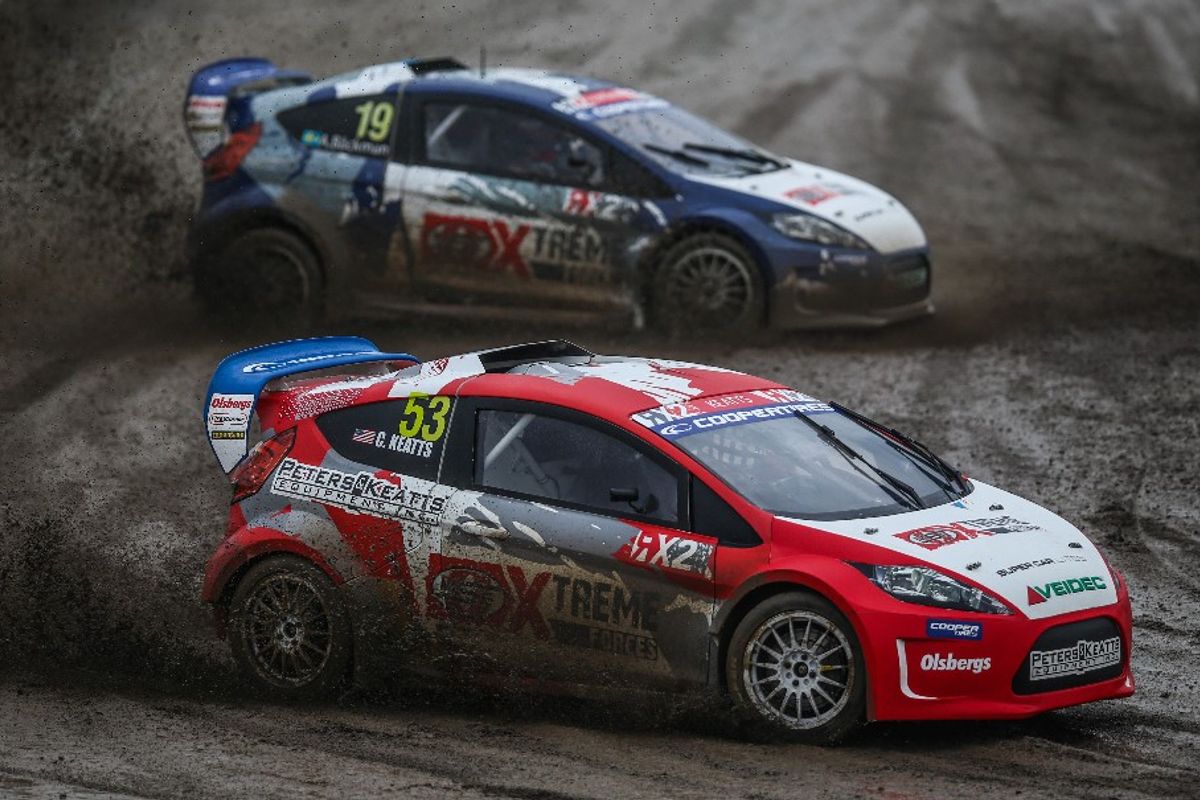 Cole Keatts is aiming to build upon his burgeoning recent form when he joins the grid in the RX2 International Series presented by Cooper Tires in 2018, describing his new challenge as a ‘once-in-a-lifetime’ opportunity.

Keatts made his car racing debut in GRC Lites in 2016, spending two seasons learning his craft in the US-based series and exhibiting steady and consistent progress. The American teenager enhanced his experience with a one-off appearance in RX2 for Olsbergs MSE at Trois-Rivières last summer, making it into the semi-finals on his debut.

The Idaho native remained with the Swedish outfit for RallyX on Ice earlier this year, underscoring his improvement with a superb fifth-place finish amongst the 22 high-calibre contenders in the series finale at Gol in Norway.

Now, Keatts’ attentions are fully turned towards the fast-approaching RX2 curtain-raiser in Belgium. Being new to all bar one of the circuits on the calendar, he knows he will need to learn quickly – but his focussed and mature approach looks set to serve him well.

“I’m super-excited to go racing in RX2!” enthused the 16-year-old, who will turn 17 two days before the Mettet season-opener. “My debut in Canada last year was a really positive experience. Even in just that short time, I was able to gain an appreciation of the ultra-high level at which these drivers operate, so I’m well aware that I’ll need to perform absolutely at the top of my game and that I have a lot to learn and take in still.

“That said, I’m with an excellent team in Olsbergs. Andreas [Eriksson – Team Principal] has given me a once-in-a-lifetime chance to travel overseas and I can’t thank him and the whole OMSE crew enough.

“RallyX on Ice was an amazing opportunity to log more seat time at European tracks. If we can maintain the rate of progression that we showed in the snow, we should be able to come out fighting at Mettet next month and pushing for semi-finals if not indeed finals right from the start. Bring it on!”