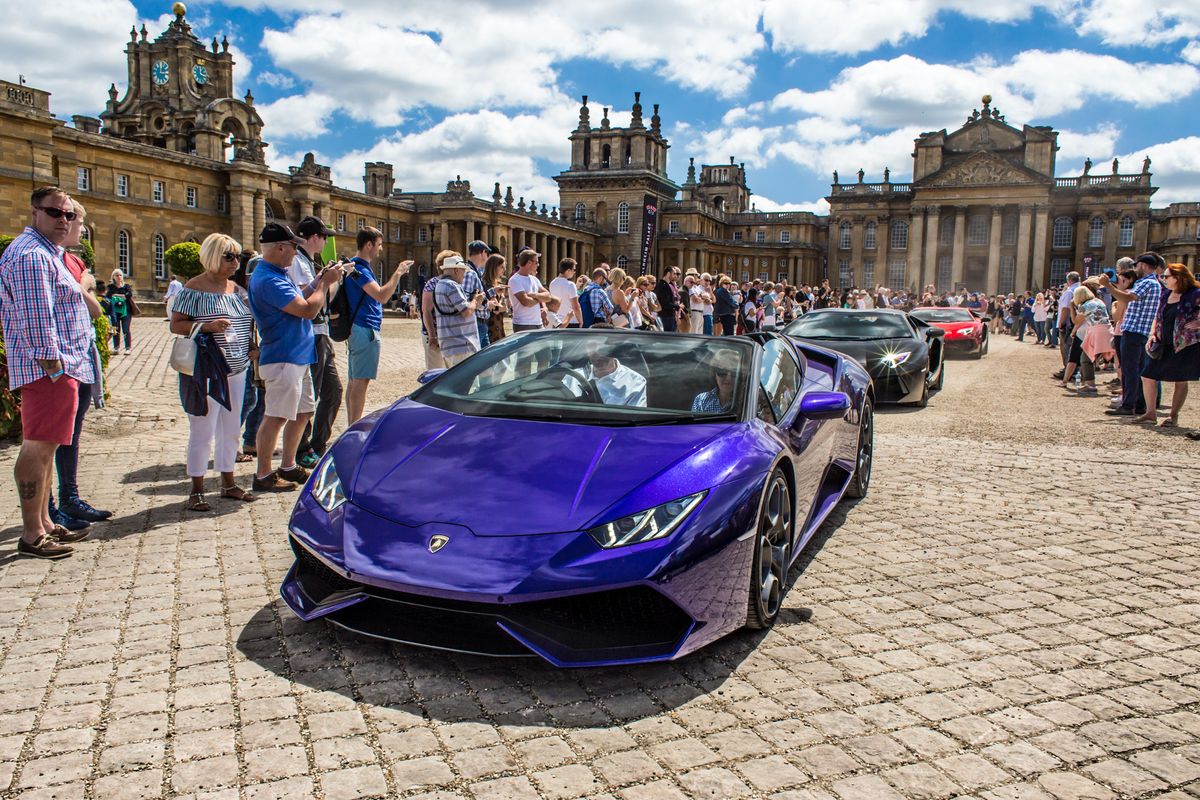 The magnificent grounds of Blenheim Palace will be brimming over with 130 classic and contemporary supercars on Sunday 6th May as Supercars At The Palace roars into action. This hotly-anticipated event, the warm-up act for the 2nd edition of Blenheim Palace Classic & Supercar to be staged on 2nd September, will see globally-renowned marques and boutique manufacturers vying for your attention in four distinct categories.

Each display will comprise 30 cars, with the “Best of British” arena including four McLaren 720S hypercars and ten Aston Martins ranging from a 1968 DB6 Volante to the latest Vantage V12 AMR. Italian exotica will also feature prominently with “Forza Italia” featuring a raft of Maranello classics, from a 1970 Ferrari 365GTC/4 to the latest 2018 488 Spider, with Sant’Agata also represented via such rarities as a 1977 Lamborghini Silhouette. Germany will also be making its presence felt, with the “Porsche Performance” class celebrating 70 years of this much-loved sportscar marque. The timeline of icons ranging from the beautiful 356 to the latest awe-inspiring 991.2 GT3 is not to be missed. Audi and BMW, meanwhile, will star in “Best of the Rest” thanks to such thoroughbreds as the V10 Plus and i8 respectively. They will be joined by muscle-bound American performance cars including the Ford GT 720 Mirage and the Mustang GT500.

Manufacturers will also be in attendance, displaying their latest supercars. First-time attendees include:

McLaren. This renowned British manufacturer is sure to slacken jaws with two models on show from their Special Operations Division. The Surrey marque will be displaying the timeless and alluring 720S in Atlantic Blue, alongside a 570GT in Burton Blue
Rolls-Royce Motor Cars will be promoting its own particular brand of bespoke luxury with the twin-turbocharged, V12-engined Dawn Black Badge edition. This latest model packs an explosive 593bhp for a 0-60mph time of less than five-seconds.

The resurgent Alpine brand will appear at Blenheim with a brace of featherweight A110’s. These shapely mid-engined junior exotics pack styling cues inspired by the original rally-conquering A110 Berlinette with turbocharged 1.8-litre power and handling to match.
David Brown Automotive present their 601 horsepower supercharged V8Speedback Silverstone Edition which blends thunderous performance with British coachbuilding artistry. Only ten will be made, the name honouring the firm’s move to a new facility in Silverstone. Displayed alongside Mini Remastered, the company's modern interpretation of the classic icon, coachbuilt and remastered for the 21st century.

With the likes of Alfa Romeo, Aston Martin, Bentley, Bristol, Dendrobium, Gumpert, Honda, Jaguar, Jensen, Lotus, Maserati, Nissan andShelby all set to appear, the 2018 Supercars At The Palace promises to be a thrilling event for horsepower junkies of all ages.

Supercars At The Palace takes place from 9am to 12pm on Sunday 6th May. www.blenheimpalace.com