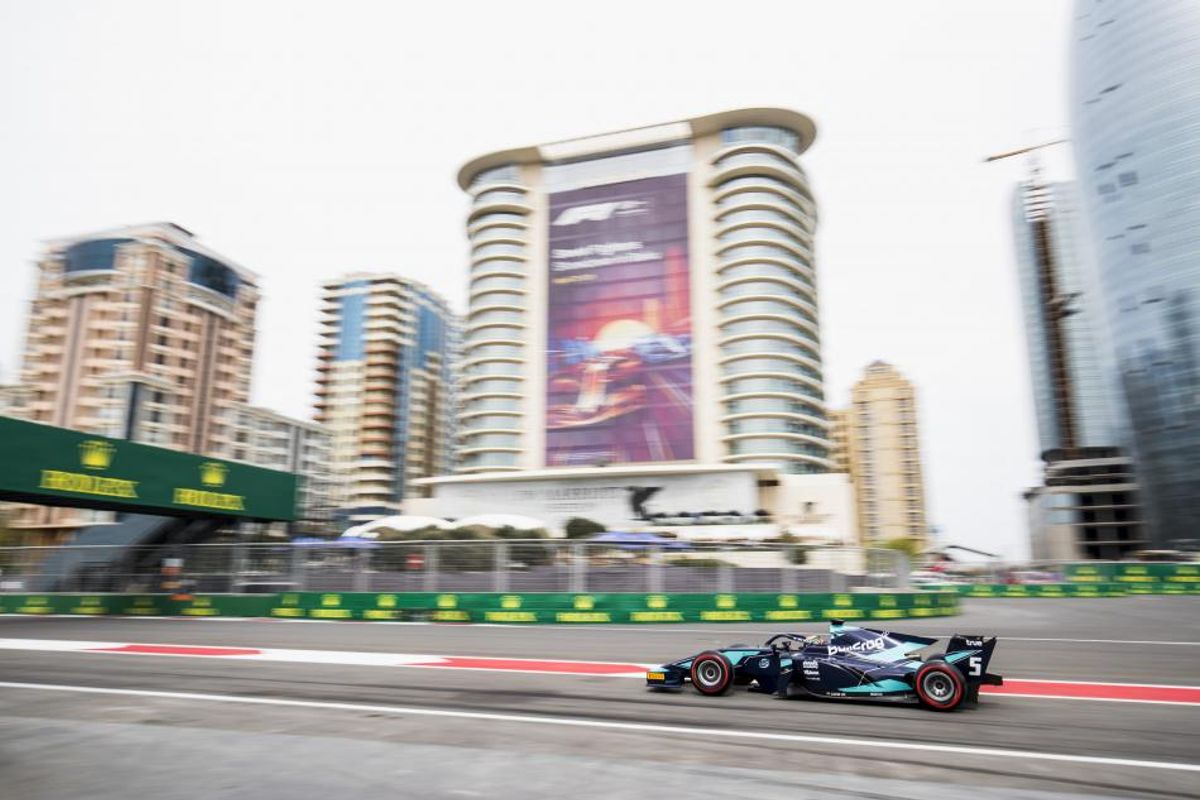 Alexander Albon of DAMS took his maiden FIA Formula 2 Championship pole position at Baku, Azerbaijan, snatching the quickest lap on his final run of a 1:54.480 just before the session ended on a red flag to go ahead of Carlin’s Lando Norris and George Russell of ART Grand Prix.

Reprising their roles from the earlier free practice session, Trident duo Santino Ferrucci and Arjun Maini scampered out of the pitlane first at the beginning of the session, quickly followed by Norris, Jack Aitken and Sergio Sette Camara, the latter of whom set the fastest time in the morning’s practice.

As soon as the field got started on their first flying laps, Maximilian Günther crawled to a halt after the first corner to bring out a first red flag, pausing the session after the opening five minutes of running. The Trident drivers got the ball rolling once more at the restart, with Artem Markelov rushing to the front of the pack to make up for a lack of running in the morning practice session.

Norris set the early pace, a benchmark within the 1m55s, which was beaten shortly after by Albon who collected a tow from the British driver on the next cycle around the track. Luca Ghiotto then grabbed top spot by a tenth, before his Campos Vexatec Racing teammate Roy Nissany brought the first phase of flying laps to an end after going off-road, bringing out a yellow flag.

With the field retreating to the pits for fresh supersoft tyres, Norris and Russell battled to wrest pole from Ghiotto, setting the same first sectors as each other before Albon put the pair in the shade with a session-best opening split. Norris grabbed provisional pole, but the Thai driver snatched top spot by two tenths to go quickest overall.

As the front-runners plotted their next runs, Nicholas Latifi spun at Turn 7 and came to a stop, creating a brief traffic jam with Antonio Fuoco before a red flag was waved with less than a minute of the session left to run. With no time for the drivers to start new laps, the session was declared over to cement Albon’s first F2 pole ahead of Norris and Russell.

Ghiotto beat Ferrucci to fourth place, as Sette Camara and Aitken were sixth and seventh. Maini was eighth quickest, completing the top half of the field with Nyck de Vries and Ralph Boschung respectively.

Tomorrow’s Feature Race will start at 12pm tomorrow and, with a history of hosting fascinating races, the Baku City Circuit should throw up quite a spectacle.