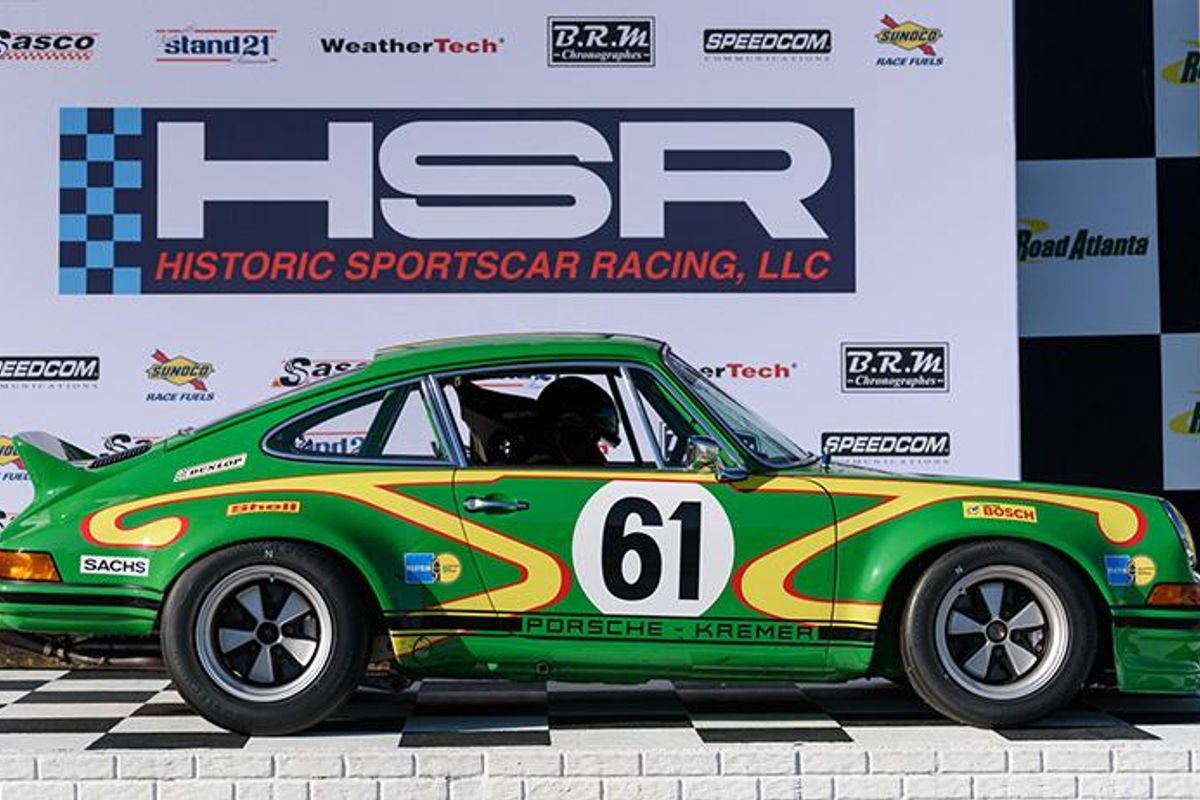 The first winners of this weekend's 41st HSR Classic Motorsports Mitty presented by Hagerty were crowned Friday at Road Atlanta after a pair of competitive Feature Races that saw Chet Wittel take an overall victory in his 1970 No. 33 Datsun 240Z and Josh Simpson bring his debuting 1973 No. 61 Porsche 911 RSR home a winner in its first race.

The 41st edition of the HSR Classic Motorsports Mitty is showcasing Nissan/Datsun as the Featured Marque and Wittel moved the celebration off to a perfect start by taking the first checkered flag of the weekend in his Bob Sharp Racing liveried 240Z in Race A of the SascoSports International/American Challenge.

Wittel topped a field of more than 60 small-bore race cars that delivered big-time competition on the 2.54-mile Road Atlanta circuit. He also scored International class honors, sharing the podium in that class and overall with runner-up and early-race leader Lawrence Cooper in his 1971 No. 17 Datsun 240Z and the third-place 1968 No. 6 BMW 2002 of Andre Herke.

In addition to new title sponsor SascoSports, the popular HSR International/American Challenge has added an all-Porsche class in 2018. John Deford won that division in his 901 Shop-prepared No. 57 1970 Porsche 914/6, crossing the finish line fifth overall.

The American division saw a pair of classic Corvairs take two of three podium spots, led by class-winner James Reeve in his 1966 No. 51 Yenko Stinger. Reeve's Corvair colleague Michael Leveque was third in his similar No. 23 1966 Yenko Stinger, with the duo split by Dave Roberts, who raced to second in his 1956 No. 57 Corvette, the oldest car in the race and only 1950's-era entry.

The win went to Josh Simpson in a 1973 No. 61 Porsche 911 RSR that was in its debut race after being built just this past year by the Simpson Motorsports team. The sharp-looking green-and-yellow-trimmed 911 RSR pays tribute to an early Kremer Racing Porsche that raced with success in Europe.

Second-place in the B.R.M. race went to the 2009 No. 1 Porsche Cayman of early race-leader Cody Ellsworth and his father and co-driver Bruce Ellsworth. Byron DeFoor finished third in his Heritage Motorsports-prepared 1973 No. 50 Porsche 911 RSR.

Saturday's schedule at The Mitty includes Race B of the SascoSports International/American Challenge at 11:45 a.m. EDT as well as the Nissan/Datsun Feature Race that is scheduled to start at 1:10 p.m. EDT.

The first races of the weekend's doubleheader schedule of WeatherTech Sprints for all Run Groups are another Saturday schedule highlight, running in succession from 2 p.m. EDT through the final green flag at 5:20 p.m. EDT.

Saturday wraps up with the split-start HSR Global GT and HSR Classic RS Cup dual Feature Race that is scheduled to go green at 5:45 p.m. EDT.