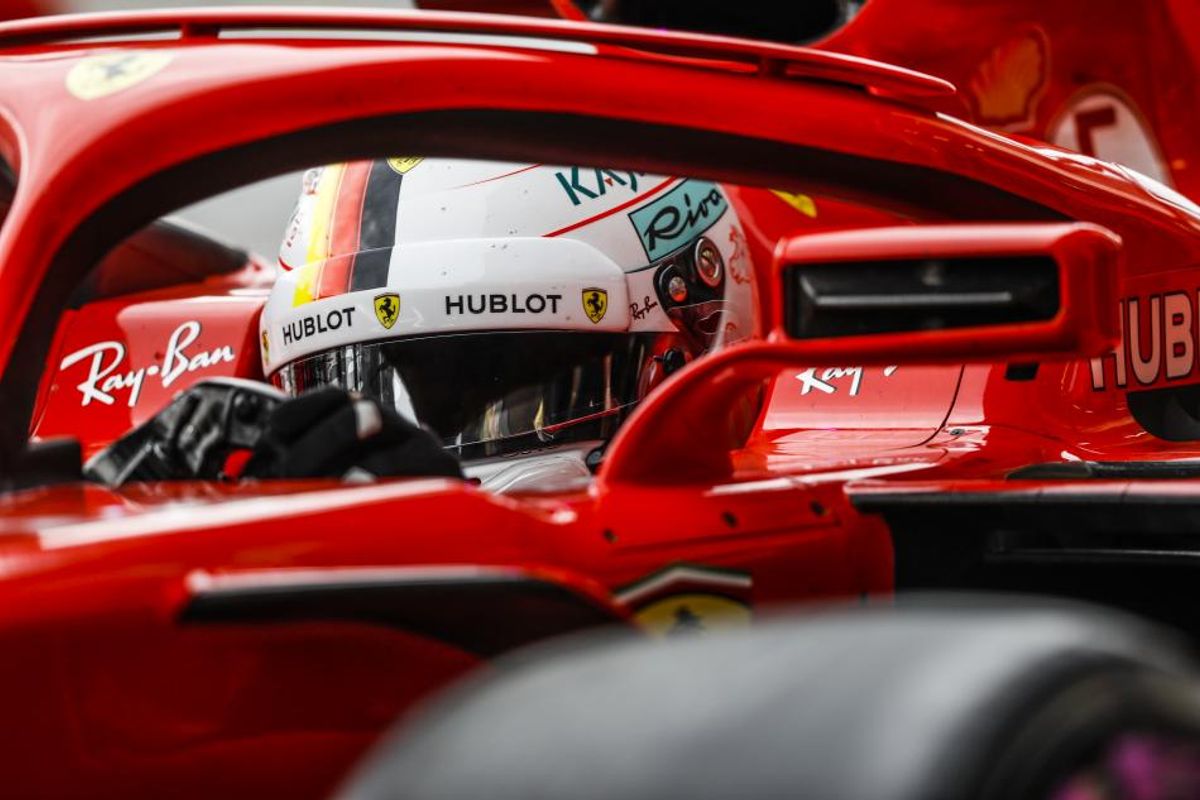 Sebastian Vettel grabbed his 53rd career pole position, edging Lewis Hamilton by just under two tenths of a second in an enthralling qualifying session for the Azerbaijan Grand Prix.

Vettel’s party might have been spoiled by team-mate Kimi Räikkönen who was on course to beat the German’s time on his final flying lap, but a mistake in Turn 16 mean the Finn lost all the time gained in his first two sectors and he finished sixth behind third-paced Valtteri Bottas of Mercedes and the Red Bulls of Daniel Ricciardo and Max Verstappen.

In Q1 Ricciardo set the pace with a lap of 1:43.259 that put him three tenths of a second ahead of team-mate Max Verstappen. But the Red Bulls’ hold on the top two spots was brief as Räikkönen and Vettel stole the spots, with the Finn topping the order with a lap of 1:42.985. He eventually improved that to a time of 1:42.538 as Hamilton worked his way to a time of 1:42.693 to sit in second place. That wouldn’t last, however, as Verstappen went for another attempt and stole into second place ahead of the Briton with a lap of 1:42.642. Vettel was third ahead of Ricciardo and Force India’s Esteban Ocon and Mercedes’ Valtteri Bottas.

In the drop zone as the clock counted down to three minutes were Perez, whose opening flyer has been wrecked when he locked up at Turn 15 and was forced to take an escape road, Williams’ Lance Stroll, Sauber’s Marcus Ericsson, Hartley and Haas’ Romain Grosjean who had driven off track at Turn 3 early in the session with a gearbox problem.

Perez quickly hauled himself out of danger, rising to 10th before dropping back to 12th place at the end of the session. That dropped McLaren’s Stoffel Vandoorne into the danger area and as the final runs played out the Belgian was unable to drag himself out of the mire and was eliminated in P16.

There was drama in the final moments as Toro Rosso’s Pierre Gasly was forced to take evasive action at more than 300kph when he came across team-mate Brendon Hartley going slowly. The Frenchman was justifiably furious but he was told that Hartley had a puncture and had no choice but to drive slowly. The New Zealander apologised over team radio for his lapse. Both Toro drivers were eliminated, with Gasly in P17 ahead of Sauber’s Marcus Ericsson and with Hartley behind the Swede. Haas’ Romain Grosjean also exited the session, driving off track early in the session with a gearbox issue.

In Q2, Mercedes, Ferrari and Red Bull opted to start the session on supersoft tyres, looking to set their quickest lap on the compound and start on the red-banded Pirelli tyres. Räikkönen though struggled on the tyres, locking up twice and ruining flying laps as he tried to find a comfort zone. In P15 in the final minutes, he was forced to switch to the ultrasoft.

That lap vaulted him to P1 but on a different strategy to Hamilton who progressed in P2, sixth-placed Vettel, and the two Red Bull drivers. Verstappen progressed comfortably, but there was nervous moment for Ricciardo as he sensibly abandoned a final security run on ultrasofts. His supersoft lap left him 10th and he snuck through to Q3 just a tenth ahead of William’s Lances Stroll who was eliminated ahead of team-mate Sergey Sirotkin, McLaren’s Fernando Alonso, Sauber’s Charles Leclerc and Haas’ Kevin Magnussen.

Vettel led the way in the first runs of Q3 with a time of 1:41.498 that put him 0.342s ahead of Hamilton, with Bottas third ahead of Verstappen and Ricciardo, who reported that he’d brushed the wall in Turn 15 on his first flyer.

In the final runs, as Vettel failed to improve and Hamilton made an improvement, but not enough to threaten the German’s opening time, it was Räikkönen who threatened to make the biggest move and spoil his team-mate’s party. The Finn was two tenths up on Vettel after the first two sectors of his final flying lap but a huge slide in Turn 16 wrecked his lap and he remained sixth.

Vettel, therefore, took his 53rd career pole ahead of Hamilton and Bottas. Ricciardo made a good step on this final run to claim fourth place ahead of Verstappen and Räikkönen. Force India’s good preparation was rewarded with seventh place for Esteban Ocon and eighth for Sergio Perez. Nico Hulkenberg was ninth with Renault team-mate Carlos Sainz tenth.