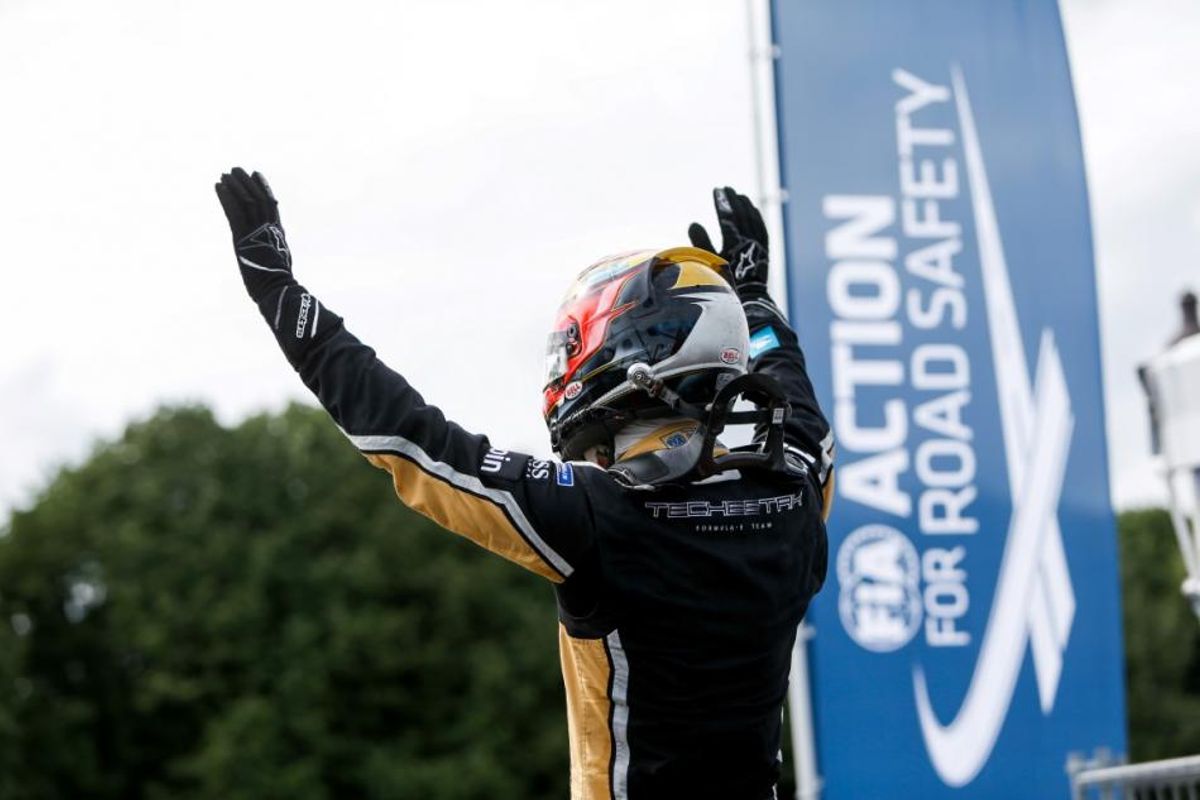 The third E-Prix in Paris saw home-hero Jean-Eric Vergne put in a near-perfect performance to score pole position and victory in the eighth round of the 2017/18 ABB FIA Formula E Championship. The win extends his lead in the standings once more to 31 points, while his closest contender – DS Virgin Racing’s Sam Bird – crossed the line third following a dramatic final lap around the Circuit des Invalides.

In front of a huge partisan Parisian crowd, Vergne took pole position ahead of Bird by nearly three tenths of a second, with the second TECHEETAH of Andre Lotterer in third. It was also an impressive qualifying session for Venturi’s Maro Engel and Andretti’s Antonio Felix da Costa who secured fourth and fifth on the grid respectively.

Despite a challenge from Lotterer into turn three away from the start line, Bird was able to defend, and the trio began to pull an advantage to the chasing pack in the opening laps. Da Costa couldn’t capitalise on his strong qualifying performance and retired with a technical fault early on, giving Lucas di Grassi and Sebastien Buemi places in the top six for Audi Sport ABT Schaeffler and Renault e.dams respectively.

The top three were inseparable until the mandatary car-swap phase at mid race distance, where a slightly quicker stop for Vergne gave him a bit of breathing space in his second car. Lotterer, though, was still all over the back of Bird’s DS Virgin Racing machine, and on lap 36 made a last-gasp lunge down the inside at Turn 3. Despite slight contact both drivers continued, but the tough move put Bird on the back foot, and as he was recovering Di Grassi was able to make a pass for third place.

In the final ten laps of the incredible street circuit, located right in the heart of Paris, the battle at the front reached fever pitch. Lotterer was over-spending his energy in trying to fend off the Audi attack, but after the pair had gone side by side on the penultimate tour it looked like the TECHEETAH driver had done enough to hold on to second place. On the last lap, though, his car slowed with low energy, allowing Di Grassi through.

There was more drama before the flag, as Bird ran into the back of the slow car, but despite losing a wheel in the incident he still managed to cross the line in third. Lotterer was able to limp over the line in sixth, and he will receive a ten-place grid penalty at the next race for causing the collision.

Maro Engel ended the race where he started in fourth place – while the other driver to vault above the slow-moving TECHEETAH was Sebastien Buemi, taking fifth in the home race for the Renault e.dams outfit.

Despite the difficulty of overtaking on the tight confines of the city streets, Daniel Abt made light work of the cars ahead having started way back in 15th after a tough qualifying session. The German picked his way through the field and vaulted ahead of Buemi in the closing stages using FANBOOST – coming home in seventh.

Championship front runner Felix Rosenqvist couldn’t match the performance of his main rivals in Paris – his eighth place means he is now 61 points adrift of the leader. Oliver Turvey held position in ninth for the NIO team with Jose Maria Lopez rounding-out the top-10 for DRAGON.

The ABB FIA Formula E Championship lands next at the Berlin Tempelhof Airport for round nine on 19 May.

Jean-Eric Vergne, TECHEETAH, said: “It was the race I wanted to win this year and to have done it in such a good way today from pole position was absolutely amazing - I couldn’t be happier, especially with my birthday this week. We’re racing in the most beautiful city in the world, we have the best location on the Formula E calendar. Paris has done a great job in creating an event seeing how many fans there were here today. I’m happy that the Mayor of Paris is backing us to keep moving forward with the championship. I don’t think about the title yet, it’s too far away, and I take one race after another - anything can happen in Formula E. I don’t want the team to think they can relax, and I will still push them very hard until the very last race.”

Lucas di Grassi, Audi Sport ABT Schaeffler, said: “I had another good run today. It was a shame about qualifying, as I missed super pole by five-thousandths of a second and it was super tight. In my first stint I took a conservative approach, I did two laps more than the leaders. I tried to catch-up when Andre overtook Sam and used that opportunity to pass him - but I saw he was overconsuming on every lap in front of me, so I knew he was going to have to lift a lot or he was going to run out of energy. It is my 23rd podium in Formula E - I’m super happy to be on the podium again and scoring points in every single race after the car was fixed. So we have to move up and win our home race for Audi in a couple of weeks.”

Sam Bird, DS Virgin Racing, said: “JEV drove a very smart race - I think there were times when he was trying to back me into Andre, but fair play he had his team-mate behind. If he could use him, I’m sure he would’ve liked to have used him to create a buffer as he is fighting me for the title currently. With regard to the last lap, we had discussed that you cannot move under braking, you cannot do a late swerve when people are obviously going to be overtaking - it’s not correct. I believe what we saw today from [Andre] Lotterer is not correct. I had a bit of it in Punta, it’s too aggressive and he needs to be told.”