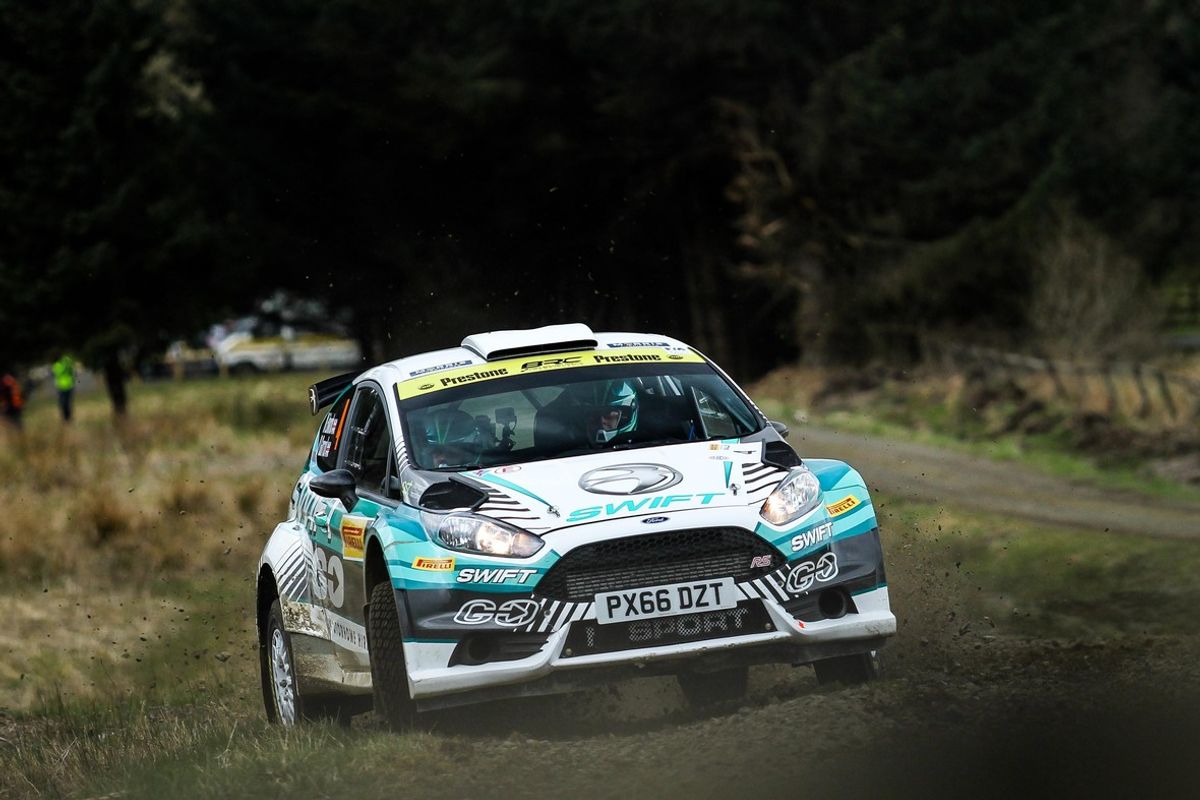 Pirelli driver Matt Edwards and co-driver Darren Garrod made the perfect start to their 2018 British Rally Championship campaign by taking their first win, on the Pirelli International Rally.

The win marks an impressive milestone for Edwards who drove his Ford Fiesta R5 into the championship lead after going fastest in five of the eight special stages, maintaining his impressive trajectory seen in the 2017 BRC.

The 27th running of the rally began with a ceremonial start in the grounds of Pirelli’s Carlisle factory on Saturday morning. Adding to the exciting atmosphere at the start was Pirelli’s annual family day for employees, giving them a unique perspective on the rally action

Sitting in fourth position after stage one, Edwards was 10.5 seconds adrift of the leader, defending champion Keith Cronin. Over the next five stages Edwards, utilising his arsenal of Pirelli Scorpion tyres to full effect, delivered a blistering performance to take the lead.

Navigating the nail-biting gravel stages through the notorious Kielder forest, Edwards was fastest by 11.2 seconds on the third stage alone. By the end of stage six, the Ford Fiesta R5 crew had amassed a lead of 23.3 seconds over Cronin’s Hyundai i20 R5. Edwards was then able to manage his advantage over the remaining two stages to the finish.

The 33-year-old commented: “We could just keep repeating the same pace all day and that was the beauty of it: it just tells you how good Pirelli has been. You can never say that it was a comfortable win, but the times have come in a comfortable way rather than having to take big risks. Today we just put new Pirelli Scorpions on, got them warm and they worked perfectly. We had no punctures, which is a huge bonus considering the condition of the stages at times: it was quite rough. To have traction, grip and puncture resistance at the same time has been really good.”

Edwards wasn’t the only Pirelli rally ace to get his hands on some champagne and silverware on the day. Pirelli driver James Williams earned a notable second overall in the BRC Junior class, going fastest in class on stage three.

Williams commented: “It’s been a really, really good rally for me. I haven’t had much experience in the car or on the tyres but they both performed absolutely fantastically. It’s completely amazing and I’m over the moon with the result. I’ve been talking a lot with Pirelli and seen the construction of the tyre for myself: I was really impressed. I always knew it was going to be a good tyre and it’s definitely proving to be a fantastic product to go rallying with in the R2 class.”