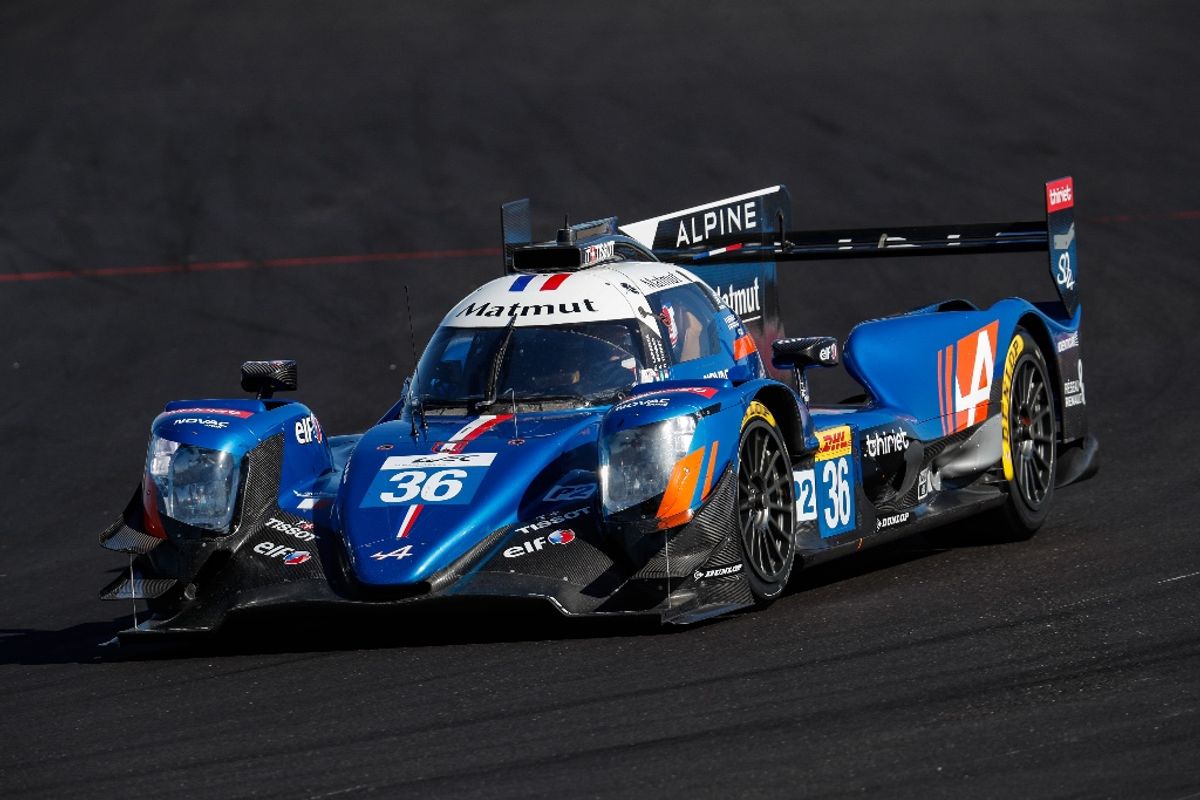 The World Endurance Championship, the FIA WEC begins this weekend on the Belgian Spa-Francorchamps circuit.
Signatech Alpine Matmut enters one Alpine A470 for the team of Nicolas Lapierre, André Negrão and Pierre Thiriet.
The 2016 World Champions are among the favourites for the win in the LMP2 category.

The World Endurance Championship heads to one of the most demanding circuits around - Spa-Francorchamps - to kick-off the new season. In the heart of the Belgian Ardennes forest, this favourite track among the bravest of drivers combines an undulating profile with an ensemble of technical corners, emphasising both a deft touch behind the wheel and a perfect set-up.

Beyond being the opening round of the season, the Total 6 Hours of Spa-Francorchamps is often considered to be a dress rehearsal for the 24-Hours of Le Mans on June 16-17.

And yet, Signatech Alpine Matmut didn’t wait to head to Belgium to perfect its preparation. After the official FIA WEC Prologue, the team competed in round one the ELMS, the 4 Hours of Circuit Paul Ricard.

André Negrão and Pierre Thiriet finished fifth in the Alpine A470 after having led for most of the race. It was a solid run when taking into account that that a crew of two drivers races with a regulation disadvantage in terms of the driving time allotted for the Silver-level driver. In any case, the objective to allow Pierre Thiriet to accumulate a maximum number of miles, before the debut of the FIA WEC, was reached.

At Spa- Francorchamps, the n°36 crew will be complete. The lead driver of the trio, Nicolas Lapierre will bring his vast experience to guide his teammates with the goal of maximizing their level of performance. Consistency, reliability, control of fuel consumption and tire wear management will once again be the keys to a successful race.

Among the 37 cars entered for this first round of the season, eight are in the LMP2 category. The arrival of new teams, a new chassis, a new tyre manufacturer and a driver transfer market that was so intense that there isn’t a single line-up identical to last season. However, Signatech Alpine Matmut demonstrates a certain amount of stability, with two of the three drivers already present in 2017 and a well-established technical structure. The goal will be to take advantage of this cohesion to be successful in the season opening round.

The cars will be on track beginning on Thursday with two free-practice sessions. After a third session Friday morning, qualifying will take place at 15h35. The Total 6 Hours of Spa-Francorchamps will start at 13h30 on Saturday May 5.

“The kick-off to the season has finally come. We will all show what we’ve got to see a hierarchy emerge. In our case, we feel that we have worked well this winter. The main objective, which consisted of integrating Pierre Thiriet into the driving team already made up of Nicolas Lapierre and André Negrão, has been achieved. We know the car very well and we think we can control the wear of the new Dunlop tyres. Weather is the main concern at Spa-Francorchamps. Summer- like conditions is unlikely, which is a variable that can change the race, especially on such a long circuit. Whatever happens, we are determined to assume our status as contenders for the win! "