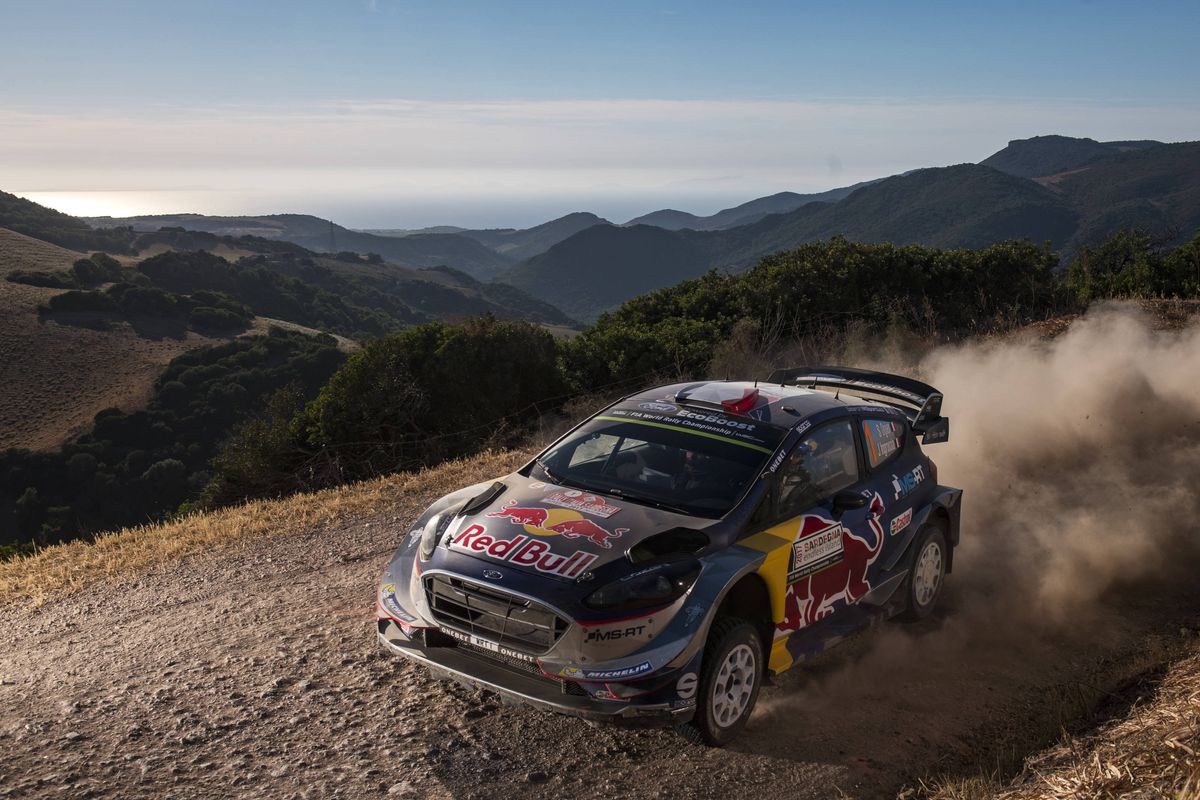 FIA World Rally Championship
Round seven of the 2018 FIA World Rally Championship sees the series head to the Island of Sardinia, Italy, as the calendar surpasses the halfway stage. Sebastien Ogier took victory in three of the first five events, putting himself on top of the drivers’ standings by 10 points from Thierry Neuville. The Frenchman is also a three-time winner of the Italian round, though honours in 2017 went the way of then M-Sport team-mate Ott Tanak.

FIM Motocross World Championship
Three rounds in as many weeks greet the MXGP and MX2 teams in June, as they head for Great Britain, France and Italy. After five rounds, Jeffrey Herlings and 2017 Champion Tony Cairoli are locked in battle at the top of the standings, with the Dutchman extending his lead following wins at Trentino (Italy), and Agueda (Portugal). First up in June, the championship returns to Matterley Basin, UK, after a year’s hiatus, then on to St Jean d’Angely in south-western France, and finally to Ottobiano, in the Lombardy region of Italy, as Cairoli looks to close down his Red Bull KTM team-mate.

Blancpain GT Series Endurance Cup
The third event in the 2018 Blancpain GT Series Endurance Cup sees the series heads to Paul Ricard, with the 1000km race being the last chance to prepare in racing conditions for the Spa 24 Hours. 11 manufacturers will be on the grid in southern France, as Lexus join the championship with the RC F for the first time, taking on the likes of Monza winners Audi, Mercedes, Bentley, Ferrari, and 2017 Champions Lamborghini.

Australian Supercars
In similar fashion to last year, Red Bull Triple Eight Race Engineering and DJR Team Penske look set to be locked in a title battle again. Having taking a double-victory at Phillip Island, Scott McLaughlin leads the Drivers’ Championship from Erebus Motorsport’s David Reynolds, with Shane van Gisbergen keeping within reach in third. Jamie Whincup will look to reassert himself at the top of the standings when the series heads to Darwin for the Triple Crown in June, with the seven-time champion currently down in fifth overall behind team-mate Craig Lowndes.

Australian Supercars – Darwin
Highlights, 23 June, 21:00 BST
TCR Europe Series
The legendary Spa-Francorchamps circuit is the location for the third round of the 2018 TCR Europe Series, as the championship’s first standalone season continues. With five manufacturers present, the racing is sure to be fiercely competitive, as a mix of touring-car regulars, and young guns battle it out door-handle-to-door-handle.

ELF CIV - Imola
LIVE, 23 June, 12:40 BST, Race 1
LIVE, 24 June, 13:20 BST, Race 2
Red Bull Rookies Cup
After the opening round at Jerez in May, the Red Bull Rookies Cup sees a pair of races in June, as the series heads to Mugello, and then Assen. The single-make KTM Moto3 series has seen an influx of new aspiring MotoGP racers for 2018, joining the likes of Can and Deniz Oncu, who challenged for the title last season.

Red Bull Rookies Cup – Mugello
LIVE, 2 June, 15:25 BST
Red Bull Rookies Cup – Assen
LIVE, 30 June, 15:20 BST
24 Hours of Le Mans: The Great History
In the build-up to the 2018 24 Hours of Le Mans, Motorsport.tv’s journey through the complete archives of the race concludes with a look at the races from 2014 to 2017. New LMP1 hybrid regulations were introduced in 2014, and Porsche returned to La Sarthe to take on Audi and Toyota for top honours. Lap-records would tumble, as the new breed of all-wheel-drive, 1000 bhp monsters battled it out.