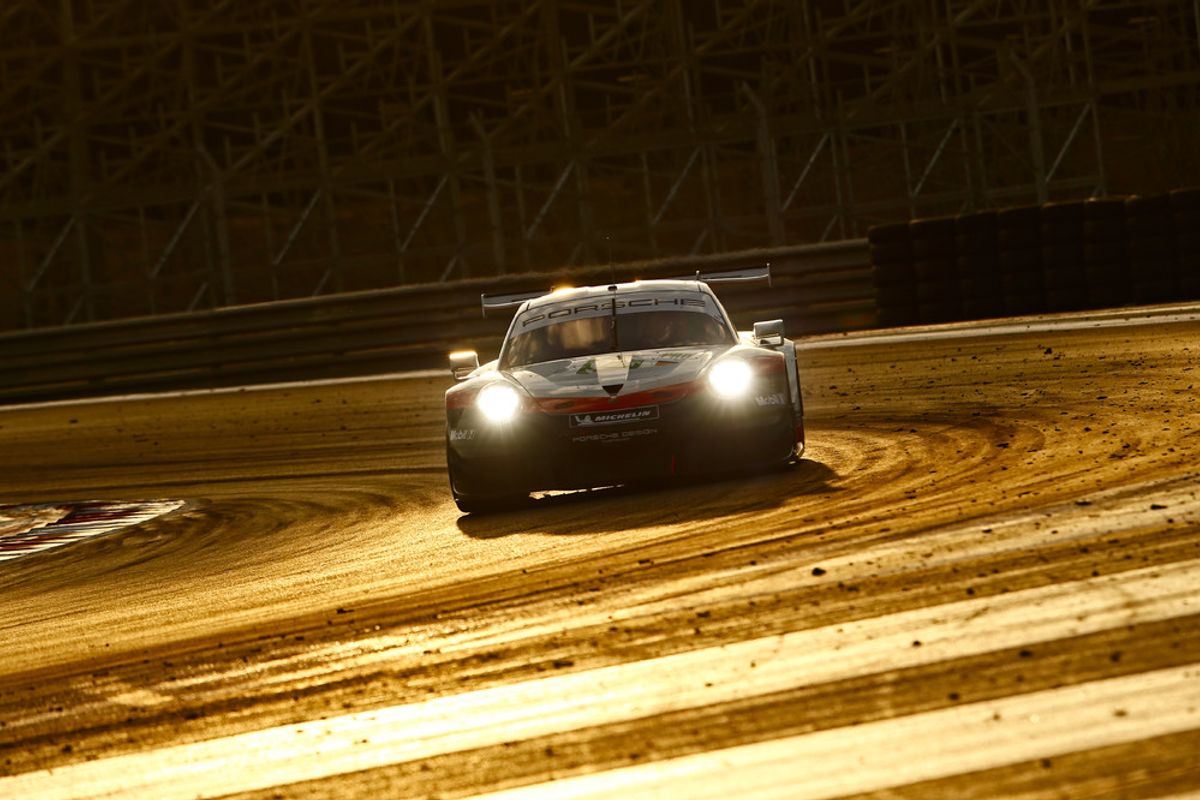 The six-hour race in Spa-Francorchamps on May 5, 2018, kicks off the 15-month Super Season of the FIA Sports Car World Endurance Championship WEC. On the time-honoured racetrack in the Ardennes region of Belgium, six 510 hp Porsche 911 RSR go up against strong opposition from Aston Martin, BMW, Ferrari and Ford in the GTE-Pro and GTE-Am classes.

The race
The Circuit de Spa-Francorchamps, which is approximately 20 kilometres from the German border, sets motorsport fans’ hearts racing: The 7,004-kilometre circuit is an electrifying mix of high-speed passages such as the famous Eau Rouge and slower sections. An altitude difference of around 100 metres makes the season-opening round into a rollercoaster ride. One unpredictable factor in the Ardennes is the weather: The sun can be shining in the Bus Stop chicane, while in Le Combes it’s raining.

The Porsche GT Team drivers
Sharing the cockpit of the #91 car, the new driver pairing of Gianmaria Bruni (Italy) and Richard Lietz (Austria) tackles a world sports car championship race for the first time together. Bruni, as the two-time champion, has contested the second half of the 2017 IMSA Weathertech Championship in the USA and is thus well acquainted with the 911 RSR. Like last year, Kévin Estre (France) and Michael Christensen (Denmark) share the # 92 Porsche 911 RSR.

The Porsche 911 RSR
After securing runner-up in the driver’s championship thanks to Richard Lietz and Fréderic Makowiecki in 2017, the Porsche GT Team has now set its sights on the driver’s and manufacturer’s title in the world sports car championship. The Porsche 911 RSR celebrated its premiere in international long-distance racing in 2017 and is based on the seventh generation of the iconic 911 sports car. Depending on the restrictor, the water-cooled four-litre flat-six engine puts out around 510 hp.

Pre-race quotes
Dr Frank-Steffen Walliser (Vice President Motorsport and GT Cars): “Our Porsche GT Team is facing a long and exciting season. The Prologue in Le Castellet underlined that we’re ready for this task. Together with the three customer teams, the fans can look forward to seeing six Porsche 911 RSR in action at the first race in the Ardennes. For all the drivers and motorsport enthusiasts, the racetrack is a very special place. This huge interest motivates us even more to fight for victory in both categories and to show them what potential our 911 RSR has. It’s important for us to make a good start into the Super Season before we tackle Le Mans with ten of our 911 RSR.”

Pascal Zurlinden (Director GT Factory Motorsport): “The Spa circuit stands for top-league motor racing and throws very special challenges at drivers and the 911 RSR. You can only fight for victory on this diverse racetrack with the right setup. The entire team knows the importance of the season-opener and is perfectly prepared.”

Gianmaria Bruni (Porsche 911 RSR #91): “I can hardly wait to return to the WEC after a year’s break. The Spa racetrack is one of the most beautiful in the world. We’d like to hit the ground running at the first race and start with a good performance. The competition we want to win against is fierce.”

Richard Lietz (Porsche 911 RSR #91): “A new driver pairing always takes a bit of getting used to. But this went really quickly with Gianmaria at the test. Our work together has been very promising so far and we complement each other excellently. 2017 wasn’t so great for us with fifth and sixth place. This year we have our sights set on the podium. For the new season, we’ve put a great deal of emphasis on developing and choosing the tyre compounds in conjunction with Michelin so that we’re well prepared for the changing weather conditions. The weather and the temperatures are known to change very quickly in Spa.”

Kévin Estre (Porsche 911 RSR #92): “The weather always plays a major role at Spa. Plus, it’s the only race before the 24 Hours of Le Mans. So it’s even more important to start the season successfully. I like the racetrack very much and I’m looking forward to the adrenalin rush in Eau Rouge.”

Jörg Bergmeister (Porsche 911 RSR #56): “Spa is my home track, which always makes the race something very special. It’s really exciting for Project 1 because it’s the first WEC race for my team. I’m in daily contact with the decision-makers and I try to support the crew with my experience. We’ve worked meticulously on preparing for this challenge. I’m looking forward to the new season.”

Matt Campbell (Porsche 911 RSR #77): “For me, the six-hour race at Spa is the second most important event after the 24 Hours of Le Mans. Kicking off the season with such a highlight is a big challenge. The sports car world championship is a big step in my career. I still need to gain experience in the 911 RSR, however the official tests were very promising. Our car offers a lot of downforce and that gives us drivers a great deal of confidence.”

Julien Andlauer (Porsche 911 RSR #77): “Spa is a great racetrack that demands a great deal of skill from drivers. I’m really looking forward to my debut in the WEC. At the Prologue we managed to do a lot of testing and work on the setup. First, I had to get used to the Porsche 911 RSR, and the team gave me huge support with this.”

Matteo Cairoli (Porsche 911 RSR #88): “I’m pleased to be back working with Dempsey Proton Racing in the WEC. We’re one big family and we work together very professionally. In 2017 we had a chance at the title, and we’d like to go for it again in the Super Season. Spa is one of my favourite racetracks, and Eau Rouge is an impressive and very emotional corner.”