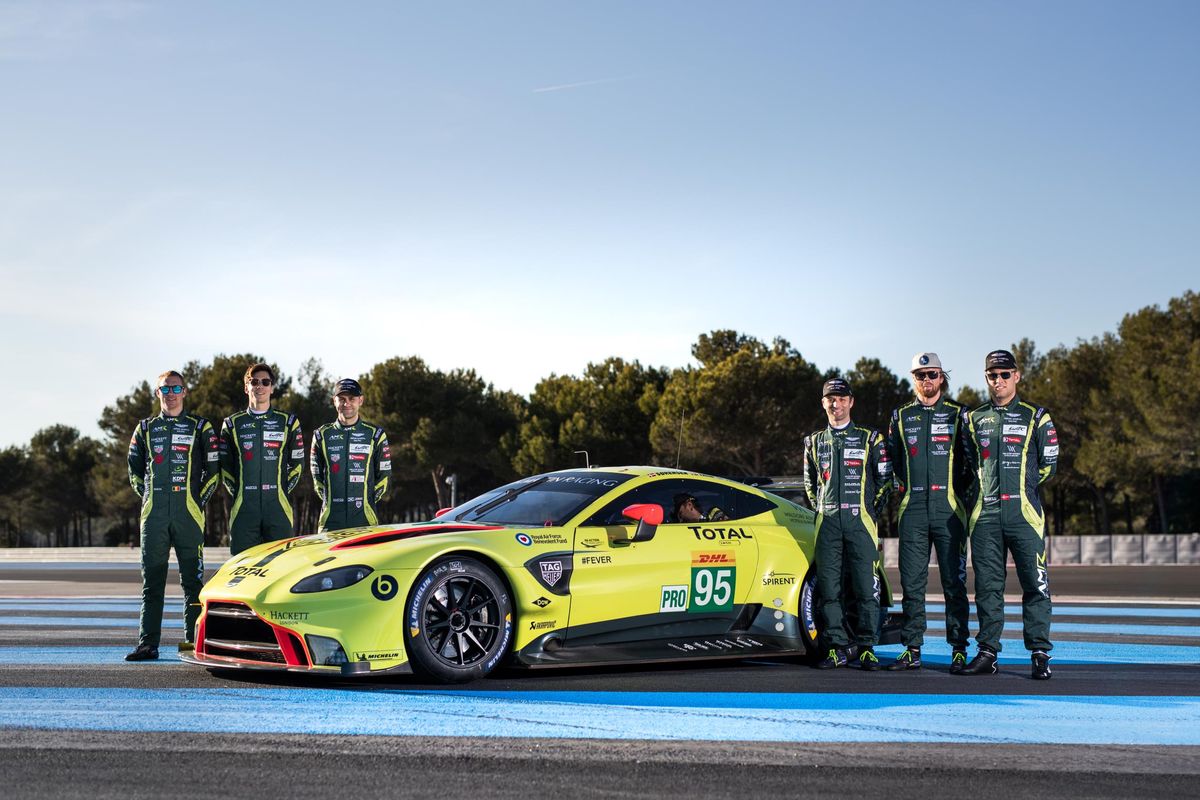 The new Aston Martin Vantage GTE will make its long-awaited debut in the 2018/19 FIA World Endurance Championship (WEC) Super Season at the Total 6 Hours of Spa-Francorchamps this weekend (3-5 May).

Following an extensive 10-month testing and development programme that has covered 35,000km and 14 different circuits, the team is confident that it has a competitive and reliable car capable of repeating Aston Martin Racing's 2017 Le Mans 24 Hours glory in June and contending for the overall Super Season GTE Pro title.

The Vantage GTE replaces the highly-decorated normally-aspirated V8 Vantage GTE, an example of which will be campaigned by Aston Martin Racing's reigning GTE Am champions Paul Dalla Lana (CDN), Mathias Lauda (A) and Pedro Lamy (POR) in this year.

The Super Season heralds a new era for the FIA WEC. The eight-race calendar spans 14 months and is book-ended by two 24 Hours of Le Mans – the first time in history that the legendary event has appeared twice in the same championship. The series will also return to Spa-Francorchamps in 2019, having raced at iconic venues such as Silverstone, Fuji, Shanghai and the famous US sportscar circuit Sebring in between.

Aston Martin Racing Technical Director Dan Sayers said: “I can’t wait to get started now. We have delivered our most extensive testing programme with the Vantage GTE, optimising every aspect of the car and bringing it to a point where we are satisfied that it is competitive and reliable. With it being the first all-new AMR car in seven years, this has been a huge undertaking and a fantastic effort by the whole team. I'm very proud of the car's reliability and performance out of the box, but there really hasn't been any time yet to look forward to going racing with it, maybe there will be time to reflect after Spa!"

Aston Martin Racing Team Principal Paul Howarth added: "All of the pre-season development and testing has been targeted at Aston Martin Racing’s performance and delivery across the 2018/19 super-season. Spa marks AMR’s first race with the new Vantage and the whole team is looking forward to completing the first FIA WEC race with our new model. Our revised driver line-up has also completed an intensive training programme over the winter period, including a week’s training camp in the south of France and intensive endurance tests, so they are prepared for the challenge ahead. We’ll also continue to compete with last year’s reigning AM champions in #98 V8 Vantage GTE – in its swansong season with the same driver line up. Spa equates to 9% of the overall points available in the championship and the whole team’s focus is on delivering the best race possible for AMR."

Vice President and Chief Special Operations Officer David King said: "The outgoing Vantage has been competing on-track since 2006, and in the FIA WEC GTE class since its inception in 2012, so the racing debut of the new Vantage in Spa this weekend is a very significant moment for Aston Martin. Endurance racing defines the very character of our sports and GT cars - durability, performance and driveability – and they remain the best-looking cars on the grid as always. The super-season is going to be longer and tougher than any previous season, but the team have executed the development plan and pre-season testing clinically to be as ready as we can be for the debut of an all-new car "