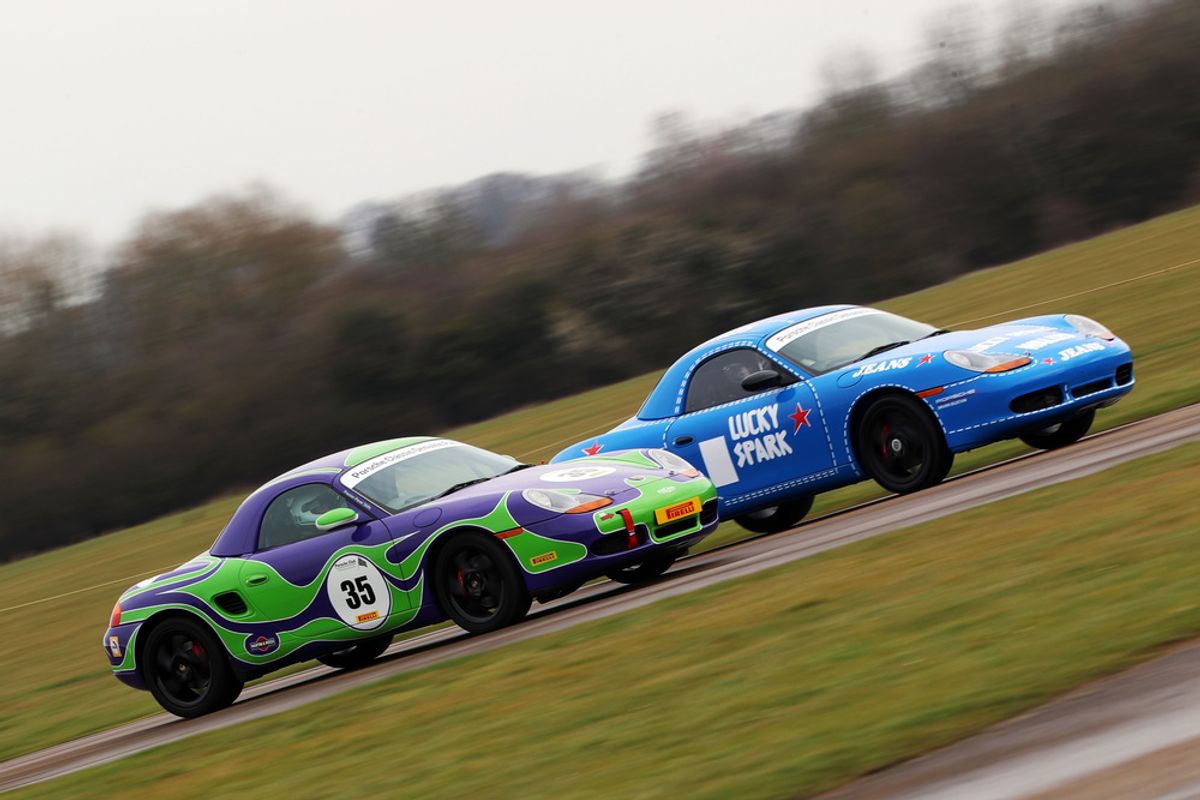 Twenty years ago, the Porsche Boxster was launched, a mid-engined roadster that fundamentally changed the Porsche model line-up and brought the renowned Stuttgart sports car brand a new following of fans.

To celebrate this milestone, and in conjunction with the 70th anniversary of the first Porsche sports car in 1948, Porsche Centres across the UK network have been locating and restoring ‘Type 986’ Boxster S models. The Centres will not only be restoring the cars, but preparing them to race in a dedicated three-round, six race Championship.

“After three successful restoration competitions, we wanted to do something different in partnership with our Centre network to celebrate 20 years of the Porsche Boxster,” commented James Toye, Business Development Manager, Porsche Cars GB. “The first generation, ‘Type 986’ Boxster is an important car in Porsche history, and for many is their first step in ownership. Our intention is to illustrate not only how good these cars still are, but also give the Centres a cool opportunity to demonstrate their skill, knowledge and passion for Porsche – and Porsche Classic in particular.”

The first Boxster is now included within the Porsche Classic programme, which offers over 50,000 original equipment parts to support our older models.

Race to the finish
The spirit of the competition intends that the cars race in a specification as close to road standard as possible, with the obvious concessions to motorsport safety and driver protection. Apart from those modifications and the addition of a hard top, each Boxster S remains true to the original. Naturally, during the restoration process, some cars will gain fresh components, but regardless the suspension remains the factory Sport configuration and the flat-six, 3.2-litre engine delivers the standard 252 hp.

The Centres’ cars will be judged on various elements of their restoration including mechanical, body and paint preparation. However, the added challenge is not just to restore the car but to prepare it and a driver to take to the track in an iconic, Porsche-inspired classic livery.

Each Porsche Centre has to nominate a driver to take the wheel of its restored Boxster and compete in three races as part of the Porsche Club GB Championship. The mechanically-identical Boxsters will be racing among faster categories of Porsche, but with up to 16 of the roadsters entered, there will be plenty of action to focus the drivers’ attention.

The race series visits Brands Hatch in Kent and Silverstone in Northamptonshire – although it is a short calendar, the itinerary includes races not only around the world-famous Silverstone Grand Prix circuit but also the revered Brands Hatch GP loop.

A bumper crowd is expected for the autumn finale, when the series supports the Brands Hatch Festival of Porsche.

In keeping with the tradition of these famous race venues, the colour-schemes will be of extra significance as each car must feature bespoke paintwork reminiscent of classic Porsche race cars, such as the red and white ‘Salzburg’ livery of the 1970 Le Mans winning 917, or the light-hearted ‘Pink Pig’ identity of 1971.

The anticipated driver line-up is equally varied, with Centre Principals taking the wheel of some entries alongside junior Technicians. Some will be seasoned competitors, while others will be track day veterans, but having fun while sharing the passion for Porsche is the primary motive – although you can be sure competition between each Boxster S will be close, trading paint with one another is to be avoided – especially after so much care and attention has been lavished on the cars.

The initiative naturally thrives on support from Porsche Cars GB headquarters, and each entry receives wheels and tyres, a driver’s race suit, boots and even the procedure for the driver to gain the appropriate Race Licence is underwritten.