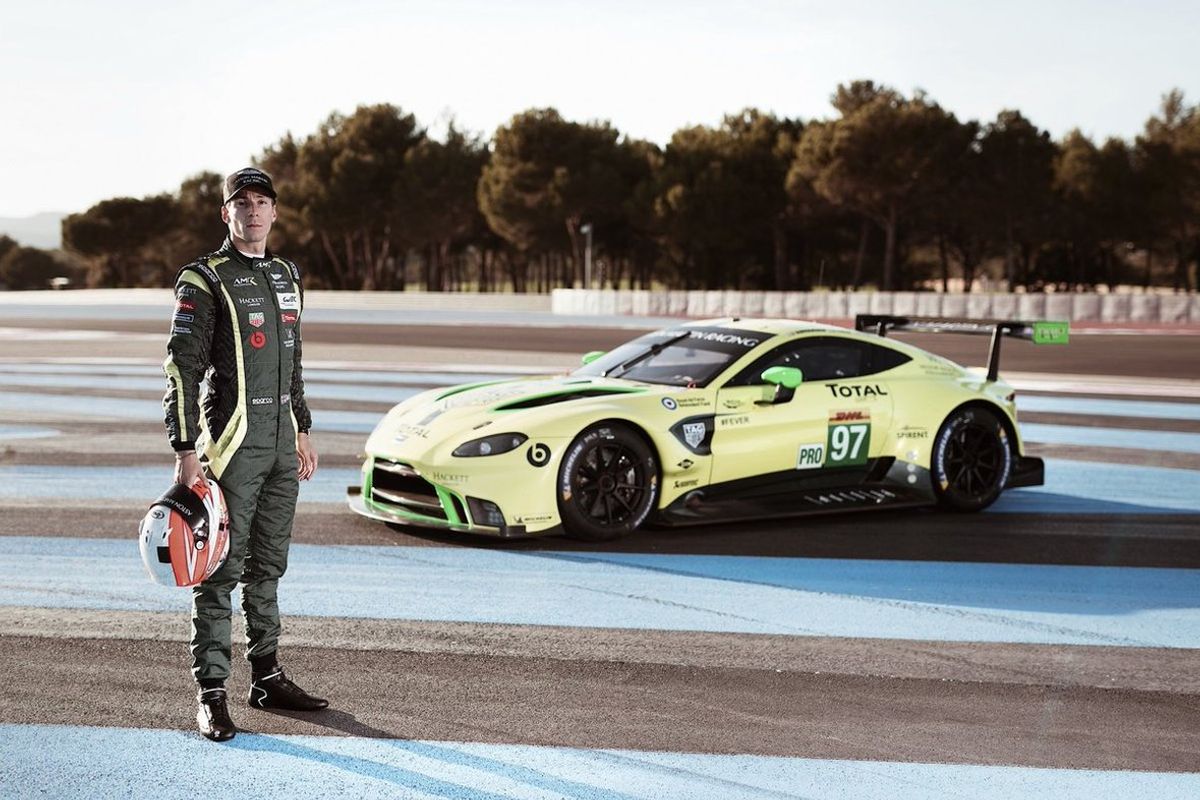 It’s my Aston Martin Racing debut this weekend in the opening round of the FIA World Endurance Championship with the 6 Hours of Spa, and to say I’m excited about it would be a massive understatement.

Aston Martin have developed an all-new Vantage for GTE class competition, where we take on BMW, Ferrari, Ford and Porsche. The new Vantage has done a lot of mileage over the past few months. We’ve been to Monza, Spa, Paul Ricard, Sebring, Navarra, Motorland Aragon and Abu Dhabi, simulating as many conditions that we’ll encounter over the WEC and the Le Mans 24 Hours. There’s been no stone left unturned in this programme, and a lot of resource and manpower have been thrown at the new car.

So, we think we know where we’re at, but now it’s time to find out for sure. I’m confident in the reliability, and the performance should be strong, so this weekend’s race is going to be a big moment for the team and the company as a whole.

I raced last year in the WEC in the LMP2 class, and also with BMW at the Nurburgring 24 Hours, but this is my first season-long factory drive in sportscar racing. Honestly, I feel really, really proud to be a part of it. Aston Martin is a mega manufacturer and the whole operation is run by Prodrive. Their success across different areas of the sport over the past three decades speaks for itself, and it’s a thrill to be involved with a team like this. Also, to be part of an all-pro line-up makes it exciting, because we’re going into the races with a different mentality to what I experienced in LMP2 – especially because I’ve got two fantastic team-mates in my car.

One of them is Maxime Martin. It’s fair to say that he pretty much grew up at Spa – his dad won the Spa 24 Hours four times, on two of those occasions with his uncle. And, of course, Maxime has won it too to keep things in the family! You’d class him as a legitimate GT superstar, which is why Aston Martin Racing headhunted him from BMW for this season. It’s fantastic to have him in my car, because his experience and speed will pay dividends. The other is Jonny Adam – he’s been in the GT ranks with Aston Martin for a while, and has taken three British GT championships and a Le Mans 24 Hours victory. So he’s not done too badly to say the least!

We all complement each other. I’m the new boy to Aston and to GT racing, and we all bring something different to the table. There’s a varying age difference between the three of us and we all work together well.

Spa is a circuit where I’ve had success in the past. In last year’s 6 Hours I had a dream race and we came out on top fairly comfortably in the LMP2 class, so I just need to keep that up. There are so many great races in the WEC – and not just the Le Mans 24 Hours next month. It’s impossible to cherry-pick, because they’re nearly all classics, and I can’t wait to get started."