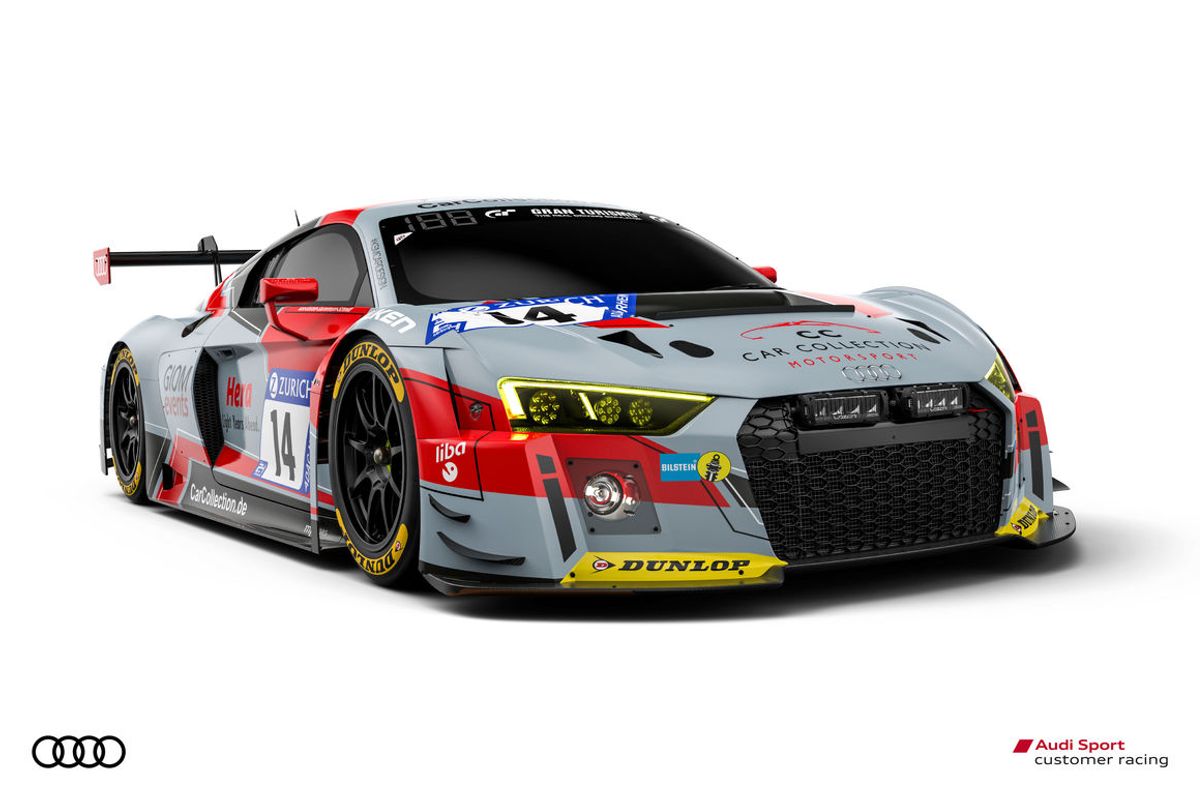 Audi Sport customer racing is offering fans a festival of superlatives at the Nürburgring 24 Hours. From May 10 to 13, in the world’s major motorsport event, the customer sport race cars will be fielded in three different competitions for the first time. In the 24-hour race, Audi is going to battle for its fifth overall victory. At the same time, the supporting program will feature five gripping sprint races with Audi Sport participation: the three rounds of the new WTCR – FIA World Touring Car Cup and the two Audi Sport R8 LMS Cup races.

“Both internationally and in domestic motorsport, Audi Sport has a huge and loyal fan community,” says Chris Reinke, Head of Audi Sport customer racing. “For many enthusiasts, the 24-hour race at the Nürburgring is the bee’s knees. This year, with more than 30 race cars in three series and our Audi Sport Campus, we’re going to deliver a greater show to them than ever before.” On the Campus, the fans in the paddock will be able to meet with all Audi drivers and marvel at the touring cars and the cup race cars at close quarters. Their garages are located directly next to the Audi Sport race hospitality, so offering an up-close experience of motorsport.

In its anniversary year, Audi Sport customer racing looks back on a top-class track record in the Eifel. In 2012, 2014, 2015 and 2017, Audi Sport achieved overall victory with the R8 LMS, plus three GT3 class victories between 2009 and 2011. In Audi Sport customer racing’s tenth participation in the iconic endurance race, the entire variety of the model range will be seen. Entries for seven Audi R8 LMS cars have been submitted in the GT3 class. The four Audi Sport teams, BWT, Land, Phoenix and WRT, will be battling for overall victory with a total of twelve drivers. They include the eight former winners, Christopher Haase, Kelvin van der Linde, Christopher Mies, Nico Müller, René Rast, Mike Rockenfeller, Frank Stippler and Markus Winkelhock. Three race teams have previously decided the iconic race in the Eifel in their favor. Only for Audi Sport Team BWT, the event marks a debut. In addition, there will be three other Audi R8 LMS cars, one from Team BWT Mücke Motorsport and two from Car Collection Motorsport.

The two other models from Audi Sport customer racing’s current program will be seen in the field as well. Following a 24-hour class victory in Dubai in January, Team Phoenix Racing is now tackling the challenge at the Nürburgring with an Audi R8 LMS GT4. Teams Bonk Motorsport and Prosport Performance will each be battling with one Audi RS 3 LMS for success in the TCR class.

The sprint competitions promise suspense as well. In the WTCR – FIA World Touring Car Cup, the teams will be pitted against race cars from seven manufacturers in two qualifying sessions and three races on the Nordschleife. Audi Sport campaigners Gordon Shedden, Jean-Karl Vernay and Frédéric Vervisch, like their privateer driver colleagues Nathanaël Berthon, Denis Dupont and Aurélien Panis, are relying on the Audi RS 3 LMS. To the delight of many fans current DTM Champion René Rast will switch to this racing series for one weekend as a guest entrant. He will drive a seventh Audi RS 3 LMS and advertise Esports WTCR Oscaro. In the inaugural event of this digital car racing game, sim racers will compete against real-world race drivers with the chance of winning 25,000 euros of prize money.

The German debut of the Audi Sport R8 LMS Cup will complement the appearance of the brand with the four rings. The history of the world’s only one make cup for GT3 cars that has additionally been permitting GT4 models since this year began in Asia in 2012. In its seventh season, the registered entrants will be racing on the Grand Prix circuit of the Nürburgring for the first time, meeting with guest entrants from Germany. Gripping position battles in the 30-minute sprints will complete an action-packed program that represents the largest appearance for both the fans and Audi Sport this year.