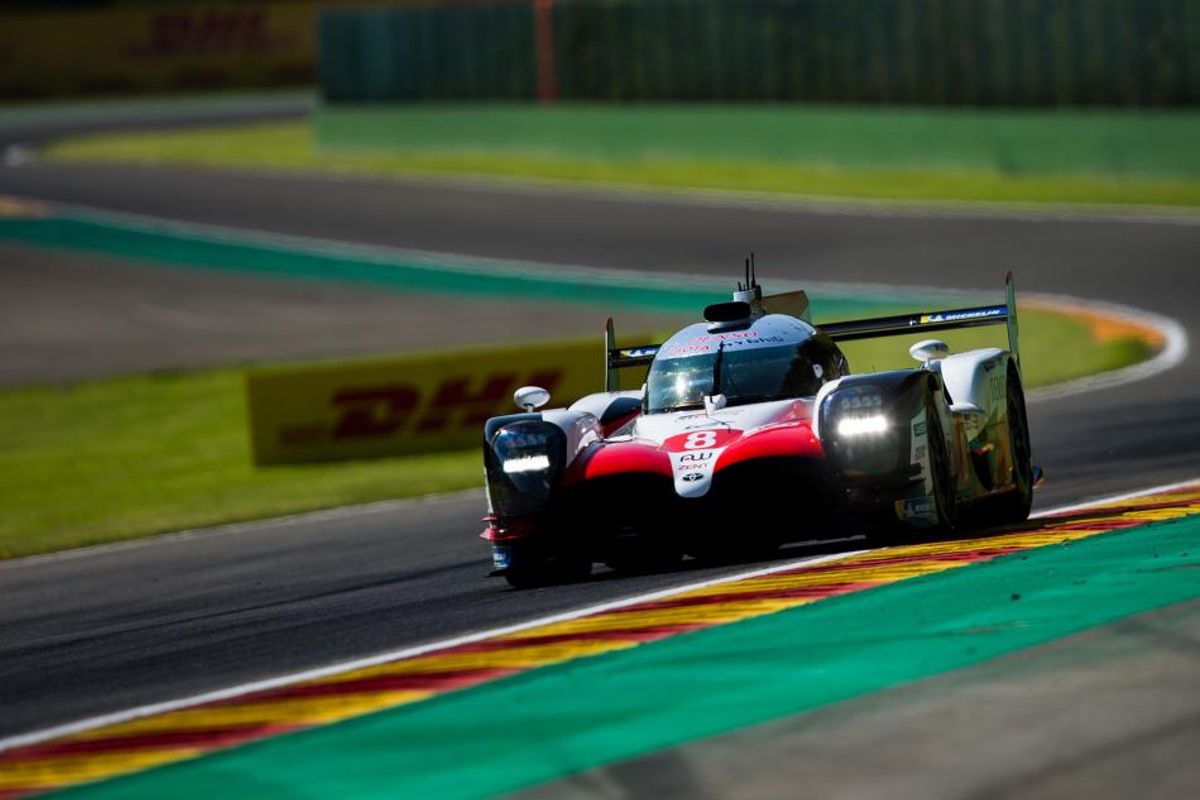 The no8 Toyota TS050-HYBRID of Fernando Alonso and Kazuki Nakajima will now start the race from pole position, with the two Rebellion R13s in second and third, with Neel Jani and Bruno Senna finish as best non-Hybrid entry in the no1 R13-Gibson.

The session was interrupted by two red flags. The first for the No.17 SMP Racing BR Engineering BR1-AER causes red flag after stopping with technical problem. The second red flag caused by accident to DragonSpeed entry driven by Pietro Fittipaldi at Eau Rouge.

The session was delayed by 40-minutes as Fittipaldi receives medical attention for suspected fractures to both legs and is transported to Liege hospital. Condition is not life-threatening.

The no36 Signatech Alpine will start on pole in the LMP2 category after Nicolas Lapierre and Pierre Thiriet set a combined average lap of 2m02.405s.The 2016 champions are 0.1s ahead of G-Drive Racing car driven by Jean-Eric Vergne and Andrea Pizzitola and the no38 Jackie Chan DC Racing LMP2 car of Ho-Pin Tung and Gabriel Aubry will start third.

Andy Priaulx and Harry Tincknell secured the first championship point of the season by taking pole position in the no67 Ford Chip Ganassi Team UK Ford GT for the first race of the Super Season at Spa-Francorchamps.The British duo posted a 2m12.947 average lap time, just 0.083s ahead of their teammates Olivier Pla and Stefan Mucke in the no66 Ford GT, with the no91 Porsche 911 RSR of Richard Lietz and Gianmaria Bruni just 0.004s behind the no66 Ford at the chequered flag.

The no92 911 made it a all Porsche second row, with the no82 BMW Team MTEK M8 GTE finishing ahead of the two Ferrari F488s, with world champions James Calado and Alessandro Pier Guidi back in 6th place 1.4 seconds behind the leading Ford.

The Total 6 Hours of Spa-Francorchamps will take place tomorrow afternoon, Sunday 5th May, beginning at 13h30.