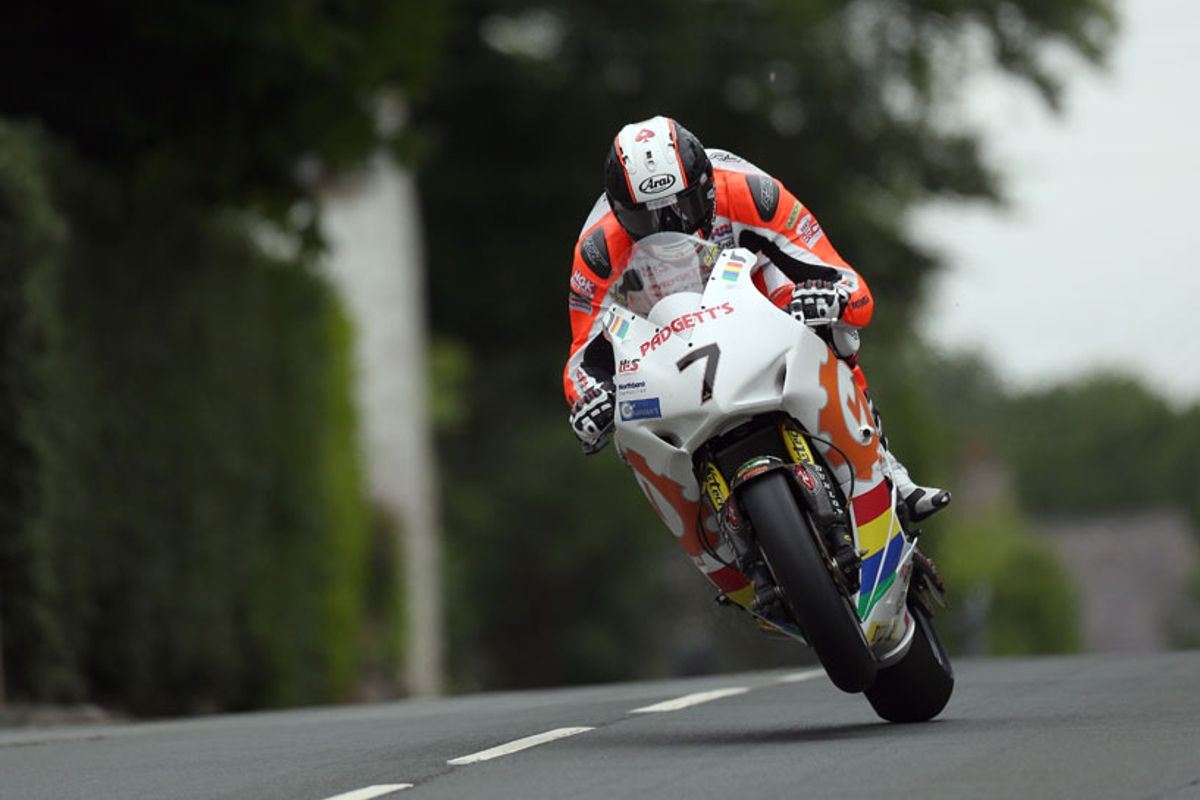 Michael Dunlop heads a stellar line up of some off the fastest road racers on the planet who line up among the top twenty seeded riders for the RST Superbike, PokerStars Senior and RL360 Superstock TT Races at this year’s Isle of Man TT Races fuelled by Monster Energy.

Despite the withdrawals of John McGuinness on the SG7 Norton and Padgett Racing’s Bruce Anstey, all of the seeded riders have lapped comfortably over 128mph. There is a total of 52 TT victories and 140 podium finishes across the entire field, reinforcing the fact that the strength in depth and quality at the top end of the field is at an all-time high.

Conor Cummins and Padgetts Racing have the honour of being first down Glencrutchery Road. It is the first time the Manxman, who will be looking to get back to the form that took him to a brace of podiums in 2014, has taken the number 1 plate.

Ian Hutchinson and Michael Dunlop are set to renew their fierce rivalry. They are just twenty seconds apart for the third time in a row with the former at number four and the latter at six.The leading duo have switched teams for 2018 with 16-time winner Hutchinson lining up for Honda Racing and Dunlop on the Tyco BMW. A big question mark remains over Hutchinson’s fitness and although Dunlop is the favourite to add to his 15 wins, the determination of the Bingley Bullet cannot be underestimated.

The duo will certainly face strong competition from many of the other seeded riders including the three other 132mph+ men in the field – Peter Hickman (Smiths Racing BMW), Dean Harrison (Silicone Engineering Kawasaki) and James Hillier (Quattro Plant JG Speedfit Kawasaki).

Hickman, who retains the number ten plate that served him well in 2017, has been a revelation since he first tackled the TT in 2014. Last year saw him finish on the podium in all five of his races on the island and the Burton upon Trent rider will be looking for his first win at the TT.

Harrison took his first Superbike podiums last year, finishing third in both the Superbike and Senior TT races, clocking his first 132mph lap. Still only 29, he is well placed to take a race win. The Bradford based rider goes at number five, ten seconds ahead of Dunlop.

Hillier starts at number two and although he will need to get back into the 132mph bracket, which he last did in 2015, he could have been on the podium in last year’s Superbike Race but for a refuelling issue during his first pit stop.

Michael Rutter (3), Gary Johnson (7), Dan Kneen (8) and David Johnson (9) are the other riders in the top ten. Rutter (Bathams Racing BMW) is riding as well as ever around the Mountain Course. Last year saw him record a personal best lap of 131.709mph as well as his Lightweight TT race victory so should be amongst the leading pack while Johnson will be hoping to challenge for the wins on the RAF Regular & Reserve Kawasaki after a disappointing 2017.

Kneen starts in the top ten in the 1000cc races for the first time and is expected to go well on the Tyco BMW. The Manxman has a great chance of adding to the single podium he’s taken to date. Australian Johnson adds to the BMW challenge in the new Gulf BMW team and will enjoy being in the pack as opposed to starting at number one as he did in 2016 and 2017.

In McGuinness’s absence, the Norton challenge will come from Josh Brookes who lines up at number 11. The Australianhas a great chance of improving on both his sixth place finish in last year’s Senior TT race and his personal best lap of 130.883mph.

Martin Jessopp, starting ten seconds behind Brookes, is another rider moving up the grid in 2018. Already a member of the 130mph club and a podium finisher in the Lightweight TT Races, the Yeovil man is looking to make an even greater impression this time around.

Lee Johnston, lining up with Honda Racing this year, takes his usual number 13. The Ulsterman will be determined to make amends in his first year as a factory rider after last year’s practice crash at Greeba Castle ruled him out of race week.

Fellow Northern Ireland rider William Dunlop, lining up in the colours of the Temple Golf Club on the only Yamaha in the top twenty, is next on the grid.Derek Sheils, riding for the Penz13.com BMW team,is ten seconds further back at 15.  The Dublin rider’s recent efforts are rewarded with a seeded berth for the first time.

The seeded riders are completed by Sheils’ team-mate Jamie Coward, Phil Crowe (BMW) and Steve Mercer with Mercer expected to take Hutchinson’s Honda ride if he loses his fitness battle.

There are plenty of talented riders to be found outside of the seeds though including Ian Lougher (Suter MMX), Horst Saiger (Saiger Racing Yamaha), Ivan Lintin (Dafabet Devitt Racing Kawasaki), James Cowton and Adam McLean (both McAdoo Racing Kawasaki), Sam West (PRL Worthington BMW) and Daley Mathison (Stobart BMW). The entire top 30 have all previously lapped at more than 126mph