RX2 blasts back into action in Belgium 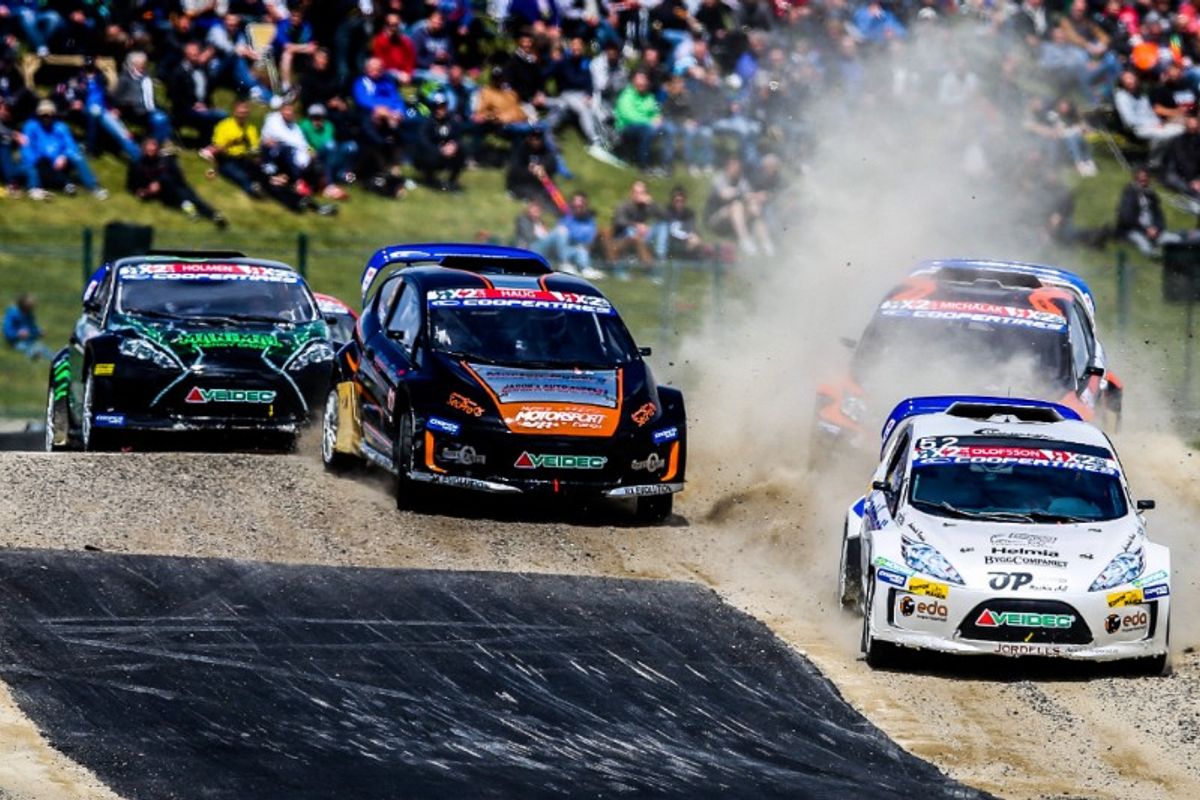 This weekend, the RX2 International Series presented by Cooper Tires will blast back into action at Mettet in Belgium for the start of its eagerly-anticipated second season (12/13 May), with a local hero headlining the entry list and 16 talented rivals all eager to halt a hometown celebration.

RX2 was one of the undisputed success stories of 2017, with the next generation of rallycross stars going wheel-to-wheel around some of the most iconic circuits in the sport. Eventual title-winner Cyril Raymond has since gone on to graduate to the FIA European Rallycross Championship in a Peugeot 208 WRX Supercar, leaving the path clear for a new champion to be crowned – and an extensive list of potential successors to the Frenchman’s throne…

Guillaume De Ridder is the highest-seeded returning driver, having finished an impressive third overall during his maiden campaign in the discipline last year. The Belgian looked the man most likely to knock Raymond off the top step of the podium towards the end of 2017 – coming very close to doing so in both France and South Africa – and he can be sure to count upon plenty of support as he bids to kick-start his season two title bid with a popular home victory.

The Renault Sport Formula One Team powertrain engineer has moved teams from JC Raceteknik to Olsbergs MSE over the winter, and he will be partnered at the Swedish powerhouse by Oliver Eriksson, fresh from winning RallyX on Ice earlier this year. The teenager arrives in the series with a burgeoning career CV, and is firmly focussed on adding to it by lifting the RX2 laurels.

Cole Keatts will similarly run out of the OMSE awning, after the young American dipped his toe into the water with a one-off outing at Trois-Rivières in Canada last summer. The 16-year-old produced an eye-catching turn-of-speed in the RallyX on Ice finale at Gol in Norway back in March, and is aiming to carry that positive momentum forward with him into RX2.

JC Raceteknik returns to the fray with an expanded four-car assault featuring Scandinavian hotshots William Nilsson, Sondre Evjen, Ben-Philip Gundersen and Henrik Krogstad. Nilsson might be one of the youngest competitors in the field, but the Swedish teenager has already notched up some impressive achievements in the sport, winning RallyX Nordic’s Supercar Lites class last season and finishing an excellent fifth overall in RX2.

The 18-year-old reached the rostrum for the first time on home soil at Höljes and is targeting much more of the same in 2018, while Evjen rejoins the grid as unquestionably one of the series’ in-form drivers, having sped to his breakthrough podium in the Cape Town finale six months ago and backed that up with a standout performance in RallyX on Ice.

Compatriot Gundersen made a points-scoring debut in RX2 in Sweden last year, and the Norwegian – European Rallycross TouringCar Champion in 2016 – is hotly-tipped as he enters the official FIA World Rallycross Championship feeder series full-time. Fellow countryman Krogstad, meanwhile, finished third at Supercar Lites level in RallyX Nordic in 2017 and now wants to build upon that encouraging form on the international stage.

SET Promotion will field a three-car line-up, although with Sami-Matti Trogen too young to compete until round two at Silverstone, the experienced Simon Syversen and highly-rated rookie Jami Kalliomäki will fly the flag for the Finnish outfit at Mettet.

Syversen finished inside the overall top six in RX2’s predecessor RX Lites in both 2015 and 2016, but a more difficult 2017 has left the Norwegian fired-up to fight back, while Kalliomäki arrives with a strong record in the RX Academy and a wise head on his teenage shoulders that will undoubtedly serve him well.

Team Färén is another to have grown over the winter. Last season’s ‘Team of the Year’ – having run Dan Rooke to second position in the title standings in both driver and squad’s maiden campaign – has entered two cars in 2018, with reigning MSA British Rallycross Champion Nathan Heathcote joined by multiple GRC Lites race-winner Conner Martell. Both men contested RallyX on Ice – with the latter racing to the podium in the final round – and despite their lack of prior track knowledge, neither can be discounted from a strong result straight off the bat.

Simon Olofsson was the man to beat in the 2017 RX2 curtain-raiser at Mettet – setting the pace throughout the qualifying stages and leading the final until a late puncture and collision denied him what had looked to be a certain victory – and the fast Swede is determined to put the record straight 12 months on.

Likewise, Latvia’s Vasiliy Gryazin came out-of-the-blocks in stunning fashion this time last year to place third in the Intermediate Classification in Belgium. Having since gone from strength-to-strength, the SRT star is sure to be a front-runner again from the outset.

Others to watch out for include series sophomores Glenn Haug and Anders Michalak, both of whom are looking to convert the flashes of form they displayed last season into consistent results. Completing the list are record-breaking former Olympic athlete Albert Llovera – making his full-time entry into rallycross with the benefit of specially-adapted hand controls, after a serious skiing accident in 1985 left him paralysed from the waist down – and Belgium’s own Koen Pauwels. De Ridder’s manager will return to competition following two years away from the cockpit, so his progress will be fascinating to track.

The Mettet RX2 action will begin with free practice and the first qualifying race on Friday afternoon, followed by the remaining qualifiers on Saturday and the semi-finals and televised final on Sunday.

From a Cooper Tires Point-of-View

Paul Coates, General Manager – Motorsport, Cooper Tire Europe:
“For the first round of RX2 this season, the Circuit Jules Tacheny Mettet in Belgium is a great challenge for returning and new drivers alike. This technical track involves heavy-braking zones in order to get round tight hairpins and then of course the jump – get this wrong and you can easily break a rim or worse. The Cooper RX2 rallycross tyre uses similar construction and materials to its ‘bigger brother’ Supercar tyre, so in this championship, drivers are gaining all the skills they need to unlock the full potential of the Cooper rallycross tyre to hopefully become future World Rallycross stars.”