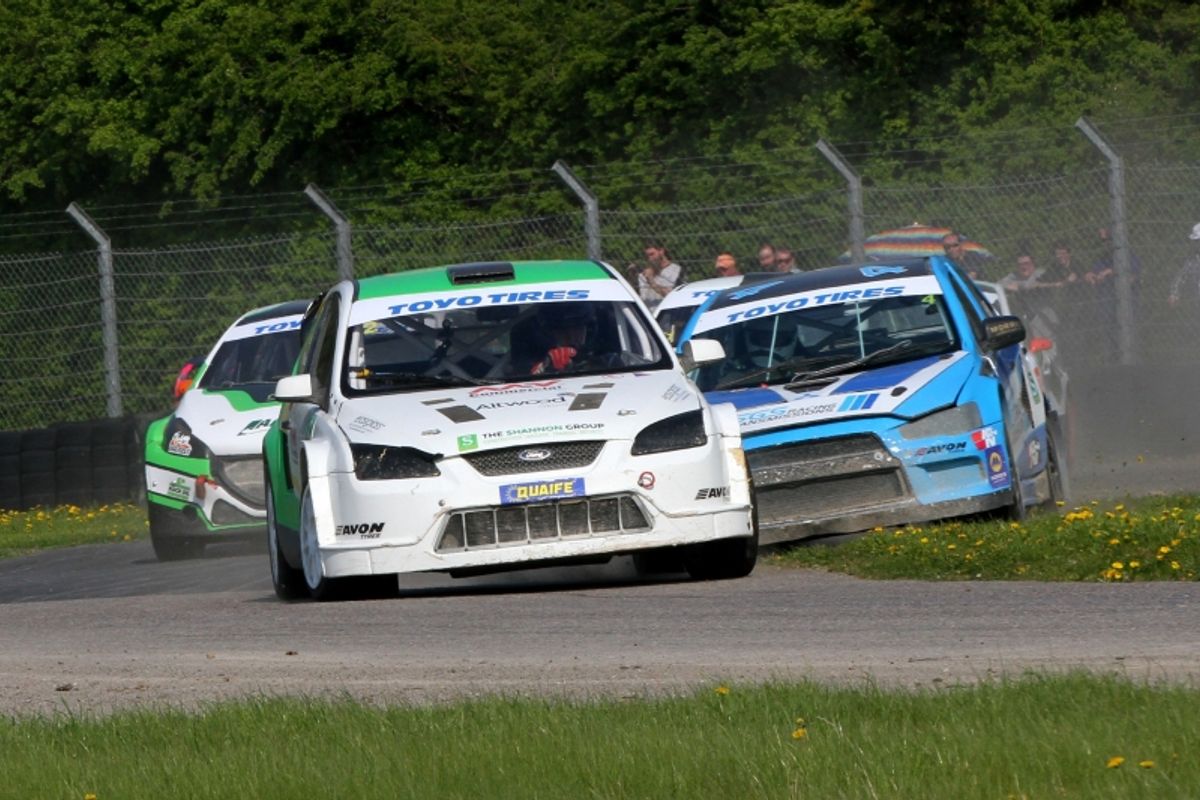 Former champion Ollie O’Donovan became the third different winner in as many events as Croft Circuit hosted round three of the championship.

The Irish driver led the final throughout, fending off pressure from round two winner Mark Higgins. Contact between the pair in the final corner removed the left-rear wheel from O’Donovan’s car, but he was still able to cross the finish line in front, by a margin of just 0.061s.

Andy Scott qualified on pole position for the final but jumped the start and was demoted to the back of the grid. He finished third, but a second place finish for his Albatec Racing teammate puts Higgins into the points lead. ‘Mad Mark’ Watson finished fourth.

Julian Godfrey led the championship entering the third round but crashed out in spectacular style from the first running of the final when he clipped Steve Hill’s Mitsubishi Evo.