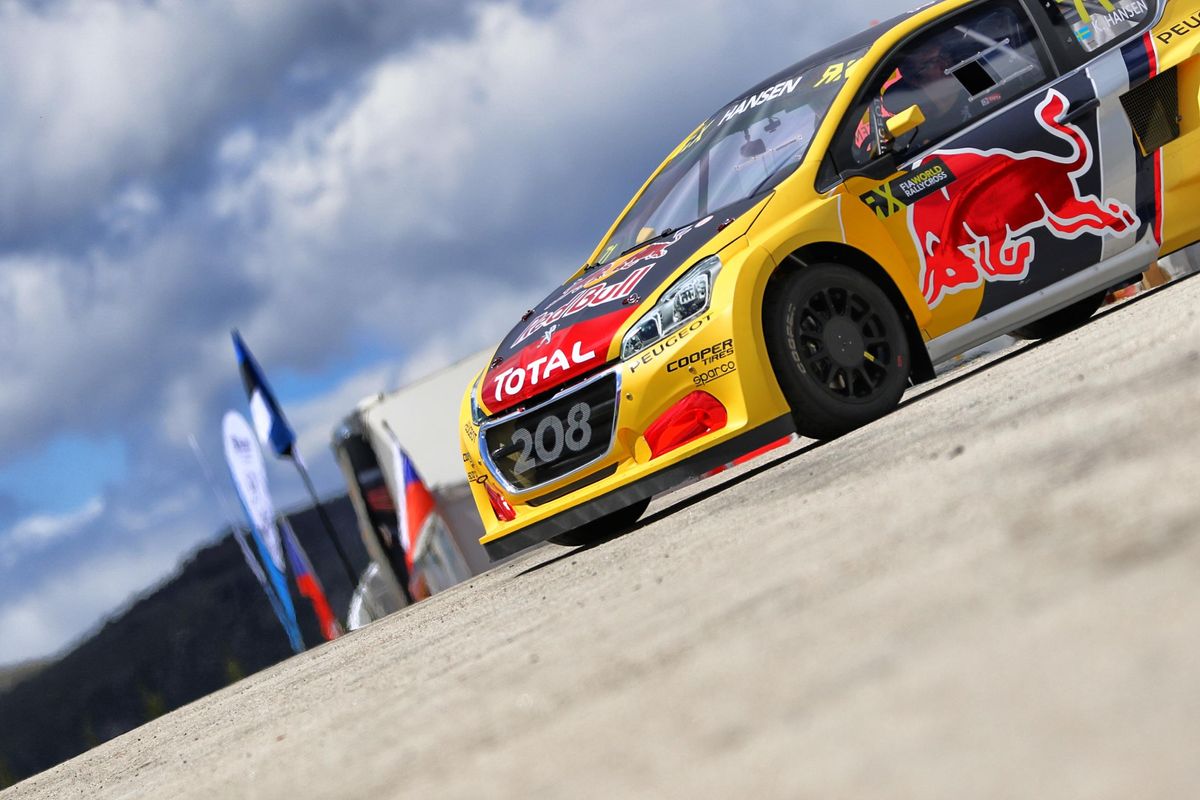 With 2 podiums so far on the 2018 FIA World Rallycross Championship, there’s only one way for the Team PEUGEOT Total to do better. The goal would be clearly to tame the famous twists and turns of Mettet in Belgium next week-end - the closest round of the season to PEUGEOT Sport’s headquarters in Versailles.

Team PEUGEOT Total got off to a promising start on the ﬁrst 2 rounds of the World RX, with 2 second places scored by Sébastien Loeb in Spain and Portugal, while team mates Timmy and Kevin Hansen showed plenty of speed as well – with Timmy also collecting a useful points haul. As a result, Team PEUGEOT Total is currently 3rd in the team standings, while Loeb is 4th in the driver rankings, 3 points ahead of Timmy Hansen. So there’s everything to play for as the circus heads to Belgium – but this venue provides a verydifferent, and perhaps even greater, challenge.

The circuit Jules Tacheny, located close to Charleroi in Belgium, is one of the most technical tracks that the championship visits all year. The venue is famous for its jump and low-speed, zig-zag corners that require the utmost precision. The lap is 1.149 kilometres long, 61% asphalt and 43% gravel, with the lap record standing at 38.074s from last year. Unlike the previous round in Montalegre, the joker comes at the very end of the lap, which could lead to some exciting race ﬁnishes.

The weather in Belgium at this time of year can be uncertain: but after extreme conditions in both Spain (rain) and Portugal (snow), the PEUGEOT Sport team and drivers are prepared for almost anything!  After Montalegre, the cars returned to base in Versailles, to be re-prepared before heading to Belgium.

Bruno Famin, PEUGEOT SPORT Director
“Our preparations for Belgium have been a little more serene than they were between Spain and Portugal, because there were no breakages on the cars to deal with after Portugal, so that’s certainly positive. Mettet is a track that usually suits us quite well. We’ll keep an eye on the weather, but we don’t have any speciﬁc preparations for this track. We’ve just kept working on the overall technical developments that we have planned for this year, which aren’t yet ready for Mettet. So now we arrive with the cars in very similar speciﬁcation to what we had for the ﬁrst two rounds.”

Sébastien Loeb #9 (French, born 26/2/74)
“Mettet is a track I like: it’s a nice place and actually not too far from my home town in Alsace, so usually I have a few friends coming to watch and there are plenty of fans from France coming too. The atmosphere is really friendly and it’s always a pleasure to be there: when I ﬁrst came to Mettet I was on the podium, so happy memories for me. The circuit is quite a varied mix with some technical turns and also some complicated corners ongravel,as well as a sharp hairpin.The start here is never easy,so the ﬁrst corner can be a bit of an adventure, but it’s always good fun for a driver.”

Timmy Hansen, #21 (Swedish, born 21/5/92)
“I hope we can continue the great pace we’ve had so far in Belgium; there’s no reason why not, as last year I could have won, but I had a puncture at the jump on the ﬁnal lap. That jump, and the corner after it, is one of the most critical sections of the whole track: you have to jump and make sure that you land exactly on your braking point, which is really difﬁcult to judge. But it’s all part of the job if you’re a rallycross driver. There’s also a super-fast chicane on the lap where you have to get so close to the tyre barrier: it’s one of the places where you have to be super-brave! So I would deﬁnitely describe Mettet as a ‘conﬁdence track’ but luckily the PEUGEOT 208 WRX gives me the conﬁdence that you need.”

Kevin Hansen #71 (Sweden, born 28/5/98)
“From the very start of the year I’ve felt great with the car, but I just need to turn that good feeling into a ﬁnal result. Mettet is very different from the last round in Portugal: it’s actually a bit more similar to Barcelona in feel. Last year it was very bumpy,and the 208 WRX was really fast. I’ve been doing my home work and I feel well-prepared to take every opportunity that comes. Things haven’t always gone my way so far this year, but in motorsport everything always comes around, so I’m feeling happy and conﬁdent as we head to Belgium.”