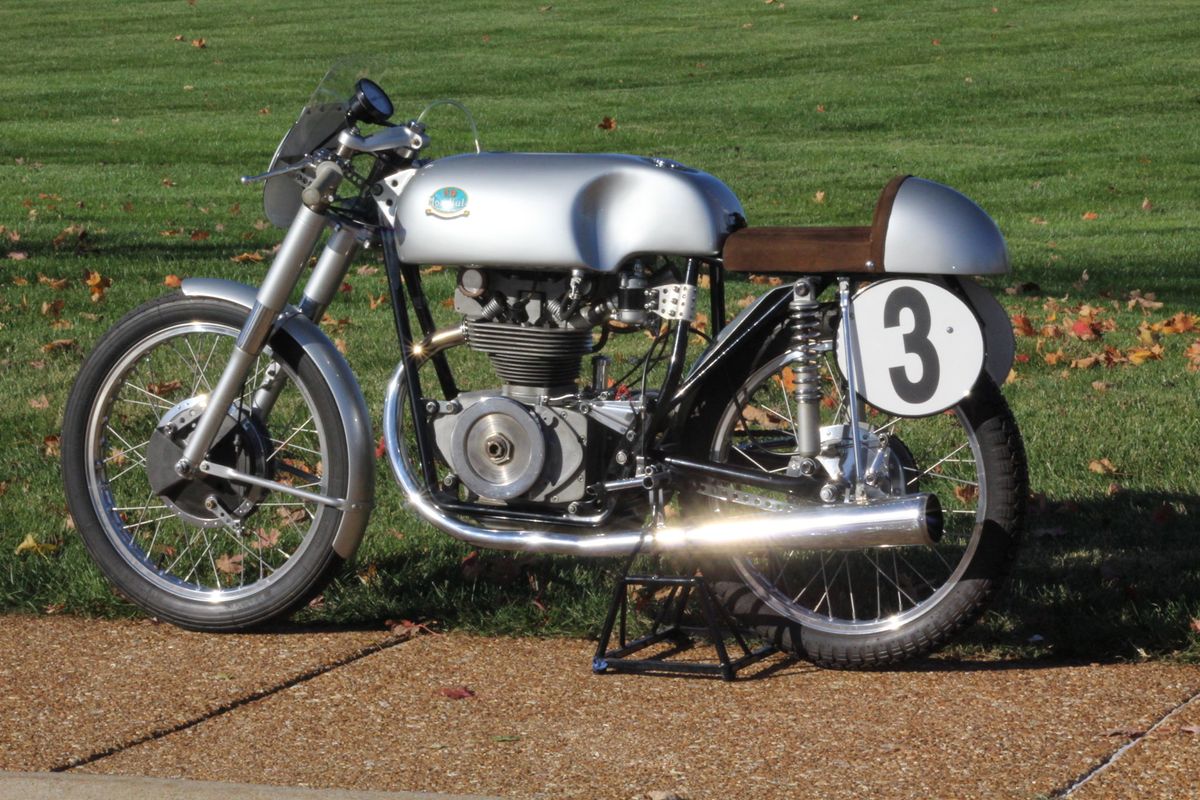 One of the most esteemed names in postwar motorcycling race history, the Boselli brothers (Fratelli Boselli) were successful in manufacturing lightweight motorcycles and three-wheel commercial vehicles prior to World War II under the name FB Mondial. With early success, the brothers looked to expand operations at its first production facility on Oreste Drusiani’s farm in Bologna, though a heavy allied bombing on Bologna in 1943 left much of the site in ruins, and the machinery that survived was commandeered by the military to aid in the war effort.

A conversation between Giuseppe Boselli and engineer Alfredo Drusiani in early 1948 led to the relaunching of FB Mondial and its dominance on the world racing stage .The 125cc class was full of two-stroke machines of about 10 HP. A twin-cam four-stroke would be competitive and it proved to be, the first one developing 11 HP. In 1952, FB Mondial hired Fabio Taglioni to work under Drusiani, until Drusiani departed the company in 1953 to found his own company, Moto Comet.

Taglioni redesigned some key elements of the engine. Of course, Taglioni would go on to Ducati to design some of the most famous Italian motorcycle engines. A rare machine, this 1956 Mondial F2 is quite likely the only one extant. With only a handful of top-level competition units made each year, this particular example has just been released from a prominent collection.

The opportunity to procure this fine specimen may only occur once in a lifetime. Mondials are in the top echelons of the golden age of internal combustion, and as such, they can truly be considered machines from the gods of speed.