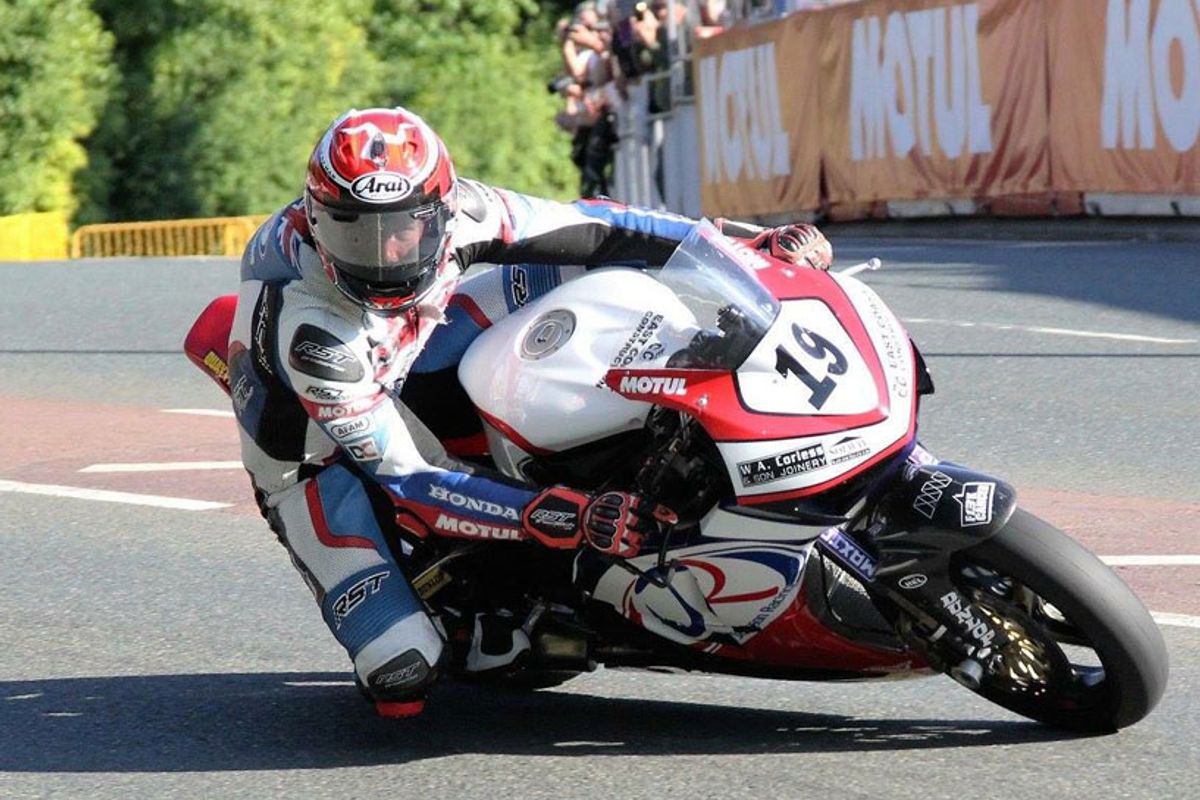 Steve Mercer will line up in the colours of Jackson Racing for the 2018 Isle of Man TT Races, fuelled by Monster Energy, having secured a late deal with the Preston-based team.

The Kent rider had been testing with the official Honda Racing team and was ready to deputise for Ian Hutchinson, but with the Bingley rider having declared his fitness last week, Mercer will now ride a Honda Fireblade SP2 for Jackson Racing in the RST Superbike, RL360 Superstock and PokerStars SeniorTT Races.

The move sees him reunited with the team he’s enjoyed great success with having ridden for them in 2011, 2012 and 2016, the latter seeing him have his best ever year around the 37.73-mile Mountain Course when also riding Honda machinery.

In addition, the now 36-year-old posted personal best laps on all of the machines including a lap of 129.323mph in the Superbike class, which makes him the 22nd fastest rider of all time, and 124.392mph on the Honda CBR600RR.

Since making his debut in 2009, Mercer has racked up no less than 16 top twenty finishes, which includes nine in the top twelve, and has won 11 silver and 10 bronze replicas in that nine year period.

As well as Mercer, Jackson Racing will field Manxman Dan Kneen and Craig Neve on Honda CBR600RR’s in the two Monster Energy Supersport races at the TT with Lincolnshire’s Neve also riding a BMW S1000RR in the RST Superbike and PokerStars Senior TT races.

“It’s certainly been a busy few weeks and I’m delighted to be back with the Jackson Racing team as I’ve really enjoyed riding for them in the past. My best results, whether on the roads, short circuits or in World Endurance have always been on Hondas and with all the work that’s gone on recently, I will be on one of the best SP2’s available. I was incredibly grateful to get the call from Honda Racing to fill in for Hutchy at the tests at Castle Combe and Cadwell Park and it really helped get my confidence back.”

“I was happy to be on stand-by and would have been ready to race if Ian wasn’t ready but, equally, having done a lot of work on the bike and got my hunger back for the TT, I didn’t want to be on the sidelines so I’m very thankful to all concerned for putting the deal together. Alan and Andy (Jackson) are like family to me and Alan’s always been on hand with advice over the years and they always put out great bikes. Like I say, my confidence is back and I’m itching to get going.”

“Unfortunately, we parted company with Daley Mathison a few weeks ago but we were keen to maintain a strong presence in the 1000cc races at the Isle of Man and we’re delighted to welcome Steve back to the team. We’ve worked really well together in the past and enjoyed some great results, particularly in 2016 when he finished in the top twelve in four races at the TT and recorded a whole host of personal best laps.”

“We both know how each other work and he’s been getting plenty of mileage in testing Hutchy’s Honda’s as well as at the Le Mans 24-Hour World Endurance round so he’ll be ready and raring to go come the last week of May. Jackson Racing and all of the team’s sponsors have worked hard to put the deal together and with Steve joining Dan and Craig, we feel that we’ve got a really strong line-up with all three riders capable of making a major impression at TT2018.”