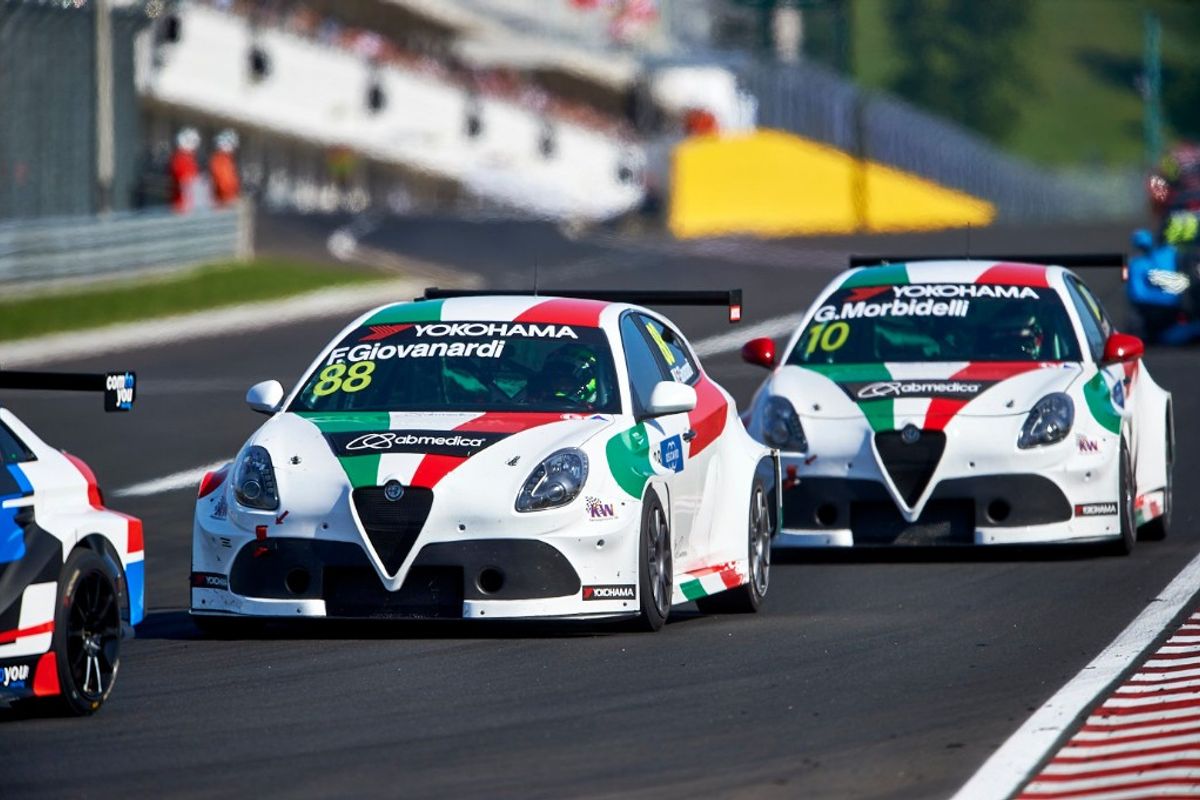 This coming weekend will be a special one for the Alfa Romeo Giulietta TCR by Romeo Ferraris, as it will mark the debut of the Italian car on one of the most spectacular tracks in the world: the Nordschleife.
The historic track hosted the German F.1 Grand Prix up to 1976, gaining for itself the nickname of 'Green Hell'. The famous 23-km North ring is now completed by the modern track, which has also hosted F.1 Grand Prix in recent years and is the Nürburgring as we know it today. The race on the old track has been part of the WTCC since 2015 and is now the stellar event of the FIA World Touring Car Cup, together with Macau's Guia Race, the traditional season-closer.

With a total of 25.378 km, the Nordschleife is clearly the longest track in the calendar, which explains that the race length is only 3 laps. In addition, the event format is pretty unusual, as the event is part of the 24 Hours weekend, which explains that activity starts already on Thursday, with the free practice sessions, one qualifying and one race. The other two races will take place on Saturday morning, with the starting grid determined by Friday's qualifying. For the Alfa Romeo Giulietta TCR by Romeo Ferraris cars, it will be the very first time on this track, as it will be also his debut for Gianni Morbidelli, while the other Team Mulsanne driver in the FIA WTCR, Fabrizio Giovanardi, has already experience on the Nordschleife.

Michela Cerruti, Romeo Ferraris Operations Manager
“The Nordschleife is probably the toughest challenge of the season for us, and as Romeo Ferraris we are providing maximum assistance to Team Mulsanne for this event. I was there one month ago with Fabrizio and Gianni to explore the track, where only Fabrizio has raced before.  As I driver, I have excellent memories of driving there which date back from 2015, when I raced in the VLN. I have a lot of praise and also respect for this track, where you have to take into consideration many variables, including weather conditions, traffic and accidents, all things that can change a result. Technically speaking, it should not be an unfavourable track for our cars, which perform well on fast corners. We'll probably struggle on such a long straight, but there are many more places where to compensate".