Honda returns to the Nordschleife this week for the FIA WTCR 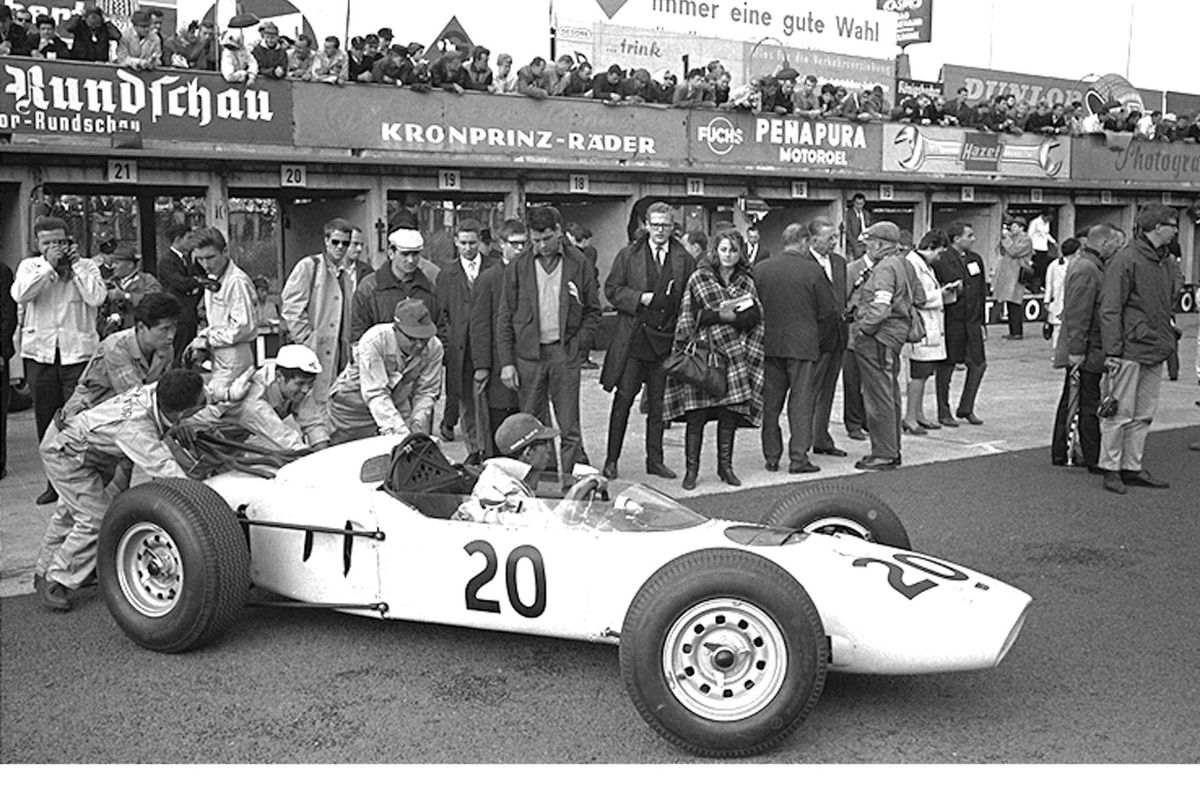 Honda debut at the Nürburgring was also its first ever appearance in Formula 1
Japanese marque has twice held the front-wheel drive production car lap record for the circuit
World-famous circuit hosted GT class wins for Honda in the 1960s
This week, Honda returns to the Nürburgring Nordschleife as Münnich Motorsport and Boutsen Ginion Racing contest the third round of the 2018 FIA World Touring Car Cup with the latest Honda Civic Type R TCR at the world-famous German circuit.

Honda’s relationship with the Nürburgring Nordschleife goes back more than 50 years to the earliest days of its car manufacturing business. The marque’s 1964 debut at the circuit was also the first time that a Japanese manufacturer had competed in Formula 1, as American racer Ronnie Bucknum crossed the start line of the German Grand Prix driving the RA271.

In the 1964 season, the RA271 was the only V12-engined car in a grid dominated by V8s, and its successor – the RA272 – was the most powerful car of the 1.5-litre F1 era. The latter would also claim Honda’s first Formula 1 victory just a year later.

At the 500 km of Nürburgring race in 1964, the Honda S600 achieved the marque’s first ever class win in Europe, finishing top of the rankings for the Grand Touring 1000cc (GT1.0) class, driven by New Zealander Denny Hulme. Its successor, the S800 also claimed a victory at the Nürburgring, finishing top of the GT1.0 class in 1967 in the hands of Belgian nationals Carl Smet and Hugues de Fierlant.

Honda’s activity at the Nürburgring is not confined to racing. During the development of the NSX supercar in the late 1980s, the marque established a new test site just outside the legendary circuit. The facility was largely a response to feedback from Ayrton Senna during shakedown tests of a prototype car at the Suzuka Circuit in Japan, as Honda realised it needed to significantly improve the rigidity of the NSX. The Nürburgring’s challenging 20.8 km course was deemed the perfect place to do it.

Honda’s tests at the German circuit represented the first time that a Japanese automaker had conducted such in-depth evaluation at an overseas location. After months of honing the chassis and suspension setup, the car’s rigidity had been increased by 50% compared to the earlier tests in Suzuka. In this respect, the Nürburgring had a vital impact on the dynamic performance of the Honda NSX.

Today, Honda’s base at the Nürburgring is used for numerous test programmes. Beyond the first-generation NSX, the second-generation supercar was also developed there, as well as the S2000 sports car and many versions of Type R models. It has also used the track for evaluation work on its American premium brand Acura cars.

Even outside Germany, Honda benefits from the influence of the Nürburgring. Its extensive Takasu Proving Ground in Hokkaido, Japan, has replicated many of the roads in and around the Nordschleife, which enable Honda to further hone the ride and handling characteristics of its vehicles.

Honda first held the front-wheel drive production car record for the circuit with the FK2 Type R, after a development car achieved a 7 minutes 50.63 seconds lap. The current record holder – the FK8 Type R – improved upon that time by nearly seven seconds.