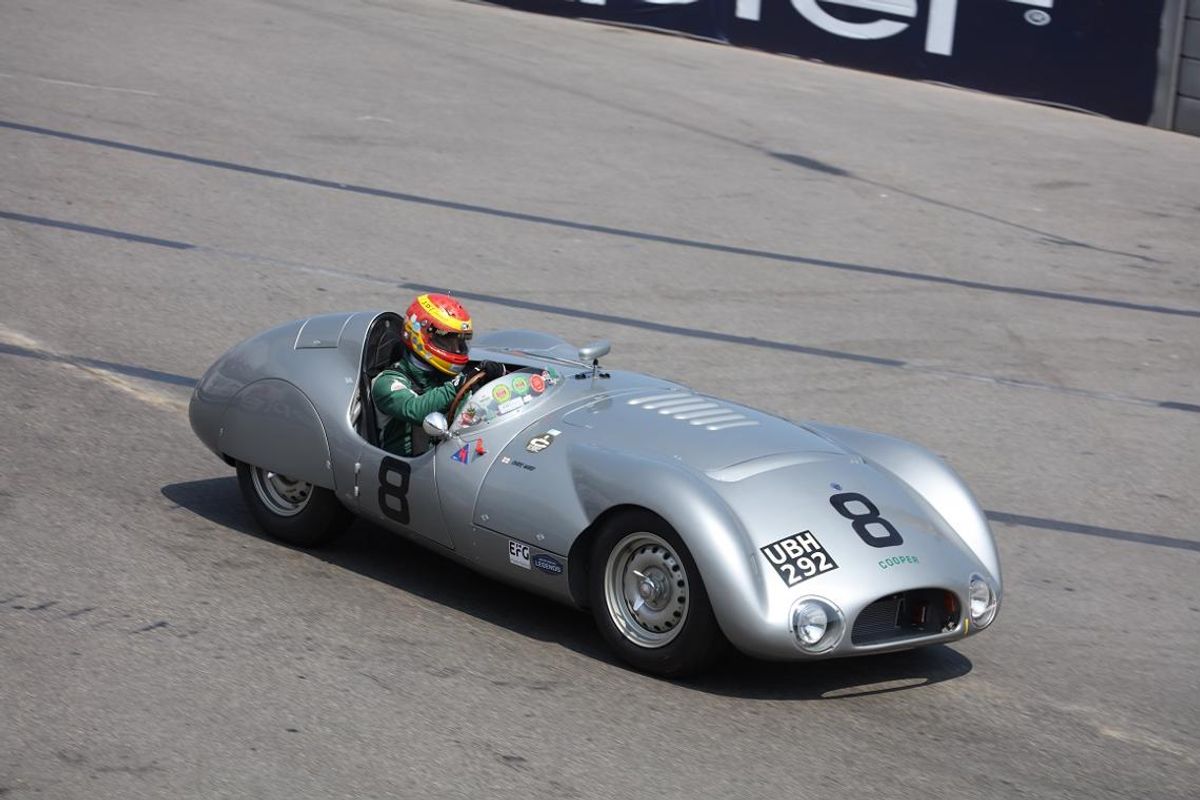 World-renowned classic and sports car specialist, JD Classics, has achieved an astonishing one-two finish at one of the most glamorous and fiercely contested classic motorsport events; Monaco Historique.

The team headed to Monaco fresh from a win at the previous weekend’s Donington Historic Festival, looking to reprise its winning ways at the Grand Prix de Monaco Historique. JD Classics’ ex-Fangio Jaguar C-Type is the only car to have ever won three consecutive times at Monaco Historique, in 2012, 2014 and 2016.

For 2018, JD Classics was campaigning its immaculate Cooper T33, and an ultra-rare Lister Maserati prepared, transported and raced in Monaco on behalf of a JD Classics customer. The cars were both entered in Serie C: front-engined sports racing cars built between 1952 and 1957.

Qualifying for the event began on Saturday afternoon in bright sunshine, and in the glamorous surroundings of Monte Carlo’s Grand Prix track. Chris Ward was behind the wheel of the Cooper, and sat at the top of the qualification table from his very first lap, setting a time of 2:02.8. On only his fourth lap, Chris set an unbeatable time of 1:59.3 – enough to allow him to return to the pits for the rest of the session. Only a Cooper Jaguar could get close, with a qualifying time still three seconds shy of Chris’ lap. The JD Classics’ Lister Maserati, driven by Ben Short, also put in a blistering lap time to finish fourth, sitting on the second row of the grid for race day.

As Sunday rolled around, the typically sunny Monaco circuit was hit by heavy rain, and the grid was given two formation laps to acclimatise to the slippery conditions. But both JD Classics cars were unfazed by the rain, as Chris Ward pulled out a lead in the Cooper T33, and Ben Short in the Lister Maserati made up two places in the first lap to leave the JD Classics cars in first and second position.

From there, the Cooper T33 and Lister Maserati continued to dominate the race, with Chris Ward pulling out a lead of thirty seconds over his teammate, and the Lister Maserati a further 30 seconds ahead of the next nearest competitor.

JD Classics founder, Derek Hood, said: “There’s a certain thrill in winning races at Monaco; this track is steeped in history and it’s been a privilege to secure a fourth consecutive win at this event for JD Classics.Our one-two finish this year, and our consistency over the last four runnings of the event, speaks volumes about the depth of talent and meticulous attention to detail that runs right the way through the whole JD Classics team.”

The Race Team, responsible for all of JD Classics’ historic motorsport activity, is one of the most successful outfits in the sport. As well as its four consecutive wins at Monaco Historique, its Lister Costin won every single round of the Stirling Moss Trophy in 2017 and its E-type Lightweight won two consecutive RAC TT Celebration races at Goodwood Revival.