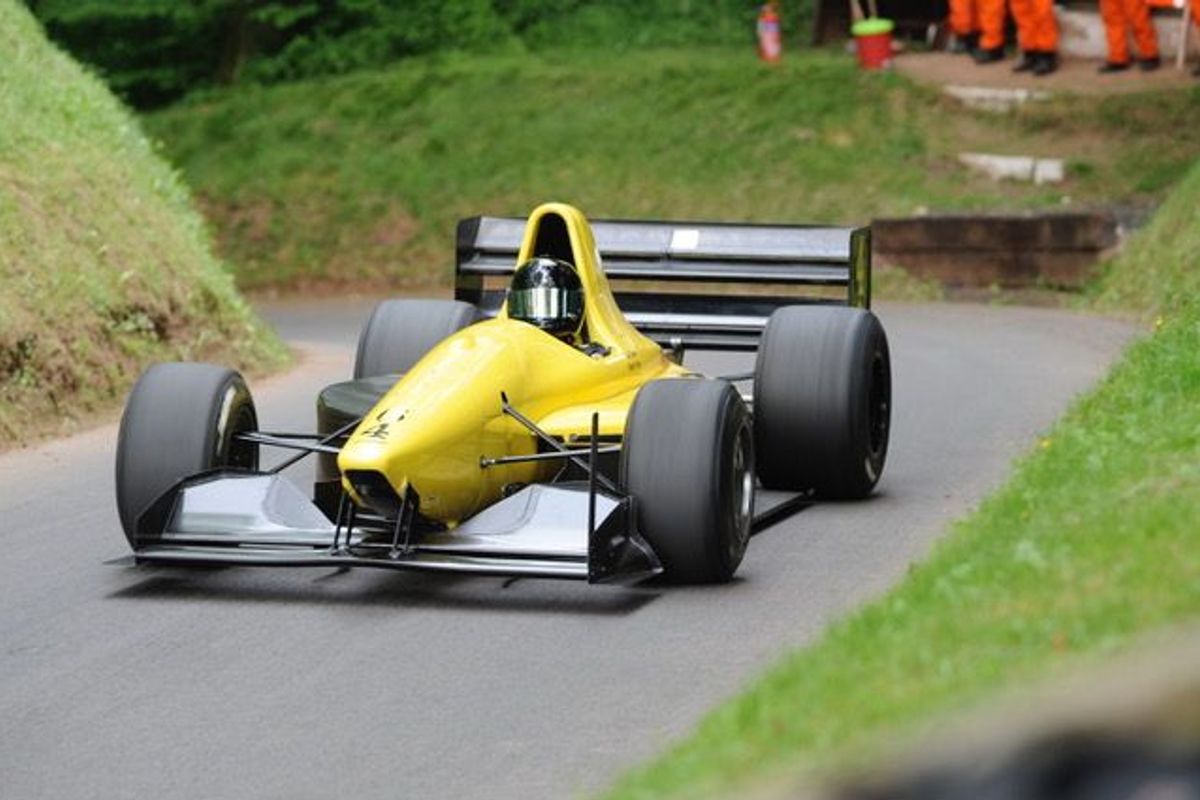 GKN Driveline is bringing the Panasonic Jaguar Racing ABB FIA Formula E Championship team’s race car, the Jaguar I-TYPE 2, to the historic venue for its public UK debut on August 12. The UK debut coincides with the 113th anniversary of the first hill climb at Shelsley Walsh, combining the ultimate in modern electric vehicle technology with the famous motor racing course.

Andrew Lytheer, GKN Driveline Team & Partnership Director, said: “We’re excited to bring the Jaguar I-TYPE 2, containing some of the world’s most sophisticated electric driveline technology, to Shelsley Walsh, the world’s oldest motor sport venue. Panasonic Jaguar Racing is coming to the end of a successful second season in Formula E, so bringing the car to the UK, where it was developed and manufactured, will be a special way to end the season.”

Mitch Evans, Panasonic Jaguar Racing driver, said: “I am looking forward to driving the Jaguar I-TYPE 2 up the famous Shelsley Walsh hill climb. We have a lot of hill climbs back home in New Zealand but this is the most famous and historic. My all electric race car should be well suited to the challenge and I’m intrigued to see what my time will be. I look forward to seeing our friends from GKN Driveline and meeting some UK fans.”

Antony Harper, Chairman Midland Automobile Club, said “To have technologically advanced cars at Shelsley is something we’re used to, but this is going to be something unique and very special to see come to the start line even in the 113 year history of the hill. Hill climbing has naturally had many innovative cars racing in the sport but the Jaguar I-TYPE 2 Formula E car is something no one has ever seen against the clock so there will be a huge amount of interest following Mitch up the hill. To have the ongoing support from GKN Driveline and a 2018 works team present on the very 113th birthday of the hill climb is something we’re all looking forward to here."

The event strengthens GKN Driveline’s historic links with both Shelsley Walsh and Jaguar. GKN Driveline has been a supporter of the venue for a number of years and many of the vehicles that have claimed records at the site have contained GKN Driveline technology.

The August 11th and 12th sees the British Hill Climb Championship visit the famous hill for the high point of the season as the fastest accelerating hill climb cars in Europe go head to head for maximum points twice on Sunday in the all important Top 12 Run Offs. Celebrating the twelve decades of history, there will be a snapshot of cars related to the history of Shelsley that started 113 years earlier to the day. Those cars will include a team car to the Daimler that set Best Time of Day in 1905, the fantastic 1920s and 30s Shelsley Specials, ERA R4D that held the record before and after the war plus cars that held the record into the 60s such as the Marsh Special, and Pilbeams from the 80s.

Drivers who have been 'Kings of Shelsley' will be there too plus some faces and cars not seen for some while - to be revealed soon.

Shelsley Walsh is the oldest motor sport venue in the world still on it’s original course having started in 1905, with seven weekends of competitive action on the hill in 2018, the first of which is over the weekend of May 5th and 6th.

August 12th 2018 will be the 113th birthday of Shelsley Walsh to the day after the first event in 1905. The weekend will feature a snapshot of cars historic to each decade of Shelsley Walsh.