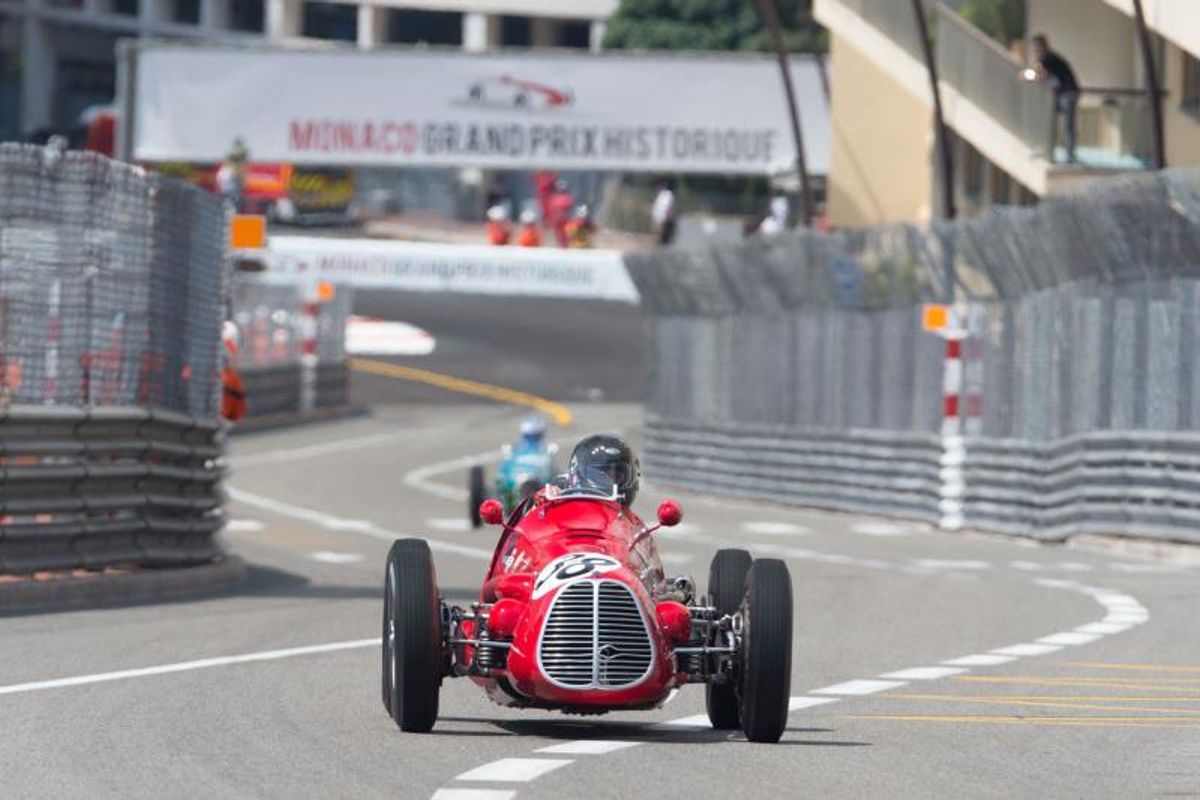 For the 11th edition of this prestigious event pre-war cars were brought back by popular demand to compete in the A-series, which became the unmissable world meeting for this category of Grand Prix cars, which were called “Formula 1” as soon as World War II ended. Two Maserati cars were entered in this category, and the 6CM driven by Anthony Sinopoli managed a well-deserved third place. Only 13 Maserati 6CM remain in existence out of the 27 produced: they feature an advanced front suspension system which allows springs to be adapted to different circuits.

The B-Series race saw the participation of Julia De Baldanza, one of only two female drivers in the competition, racing her beloved 1952 Maserati A6GCM together with four Maserati 250F.

Out of the 34 cars entered in the C-Series race, 12 were Maserati cars: five were 300S, six A6GCS and one 200SI. A 1956 Lister with a Maserati engine driven by Ben Short managed to get on the podium with a well-earned second place.

But the presence of Maserati wasn't just confined to the racetrack. The Trident Marque has in fact recently renewed its partnership agreement as the official car of the Yacht Club De Monaco and was present in the beautiful terrace of the amazing building, designed by Forster +Partners to be the symbolic centrepiece of Monaco’s remodelled harbour front. Guests and clients of the Maserati brand were thus able to enjoy the thrill and excitement of the Grand Prix de Monaco Historique and the stunning display, showcasing a 3500 GT Vignale Spyder and the iconic Maserati 250F.

Visit http://www.historicracingnews.com/ a site by racecar