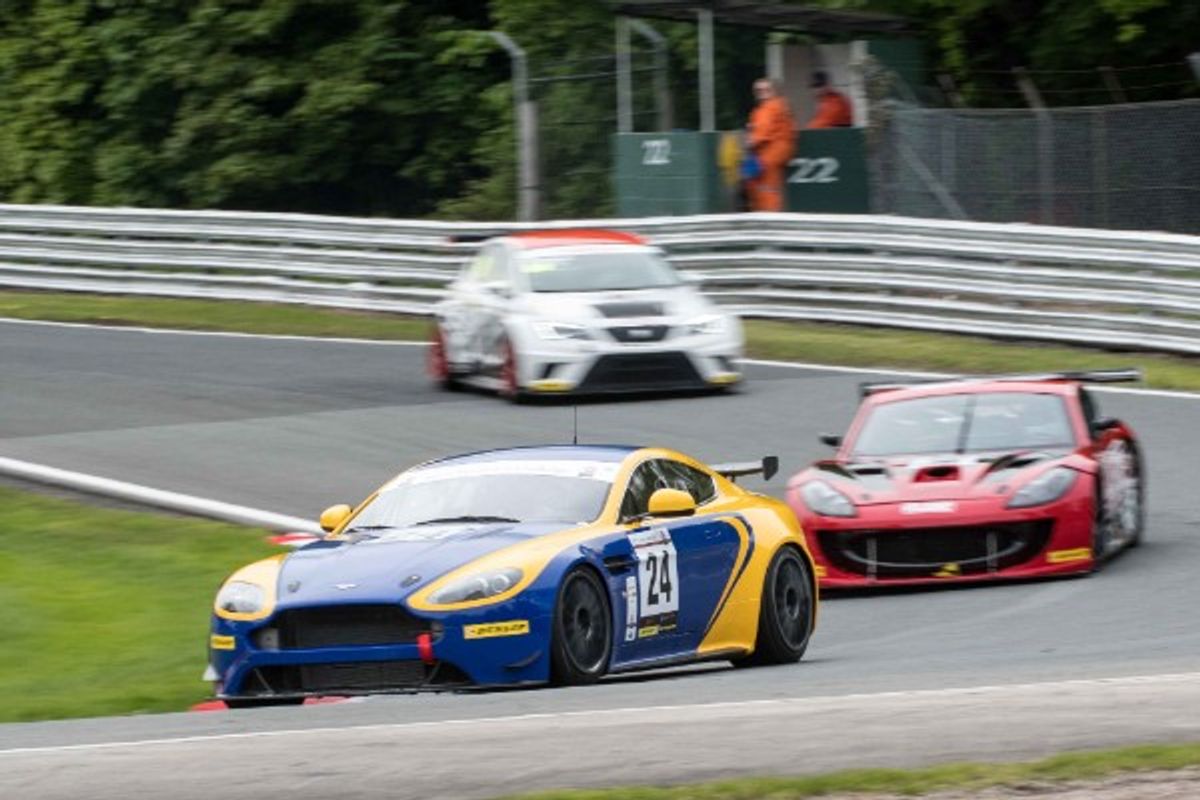 AMOC Racing opened their 2018 season in style at Oulton Park  Saturday with a variety of exciting grids supplying a great day of motorsport.

The Jack Fairman Cup for 50s Sports Cars, including the Jaguar Enthusiasts’ Club XK Challenge and Mike Hawthorn Challenge field started the day’s action, where pole-sitter Declan Jones picked up the honours in his Turner Climax. Swamped by the surrounding Jaguars off the start, Jones was only fifth as they exited Old Hall, with Rob Newell heading the field in his XK120.

“I had clutch slip at the start,” explained Jones, “which made it exciting. The Jaguars are a lot heavier than me so I was trying to give the plenty of room but that was a fun race.”

Jones was back in the lead before the end of lap 2, then pulled clear of the field. Newell held on to second with the Austin-Healey 3000 of Martyn Corfield finishing less than a second behind in third, a great drive from starting 13th on the grid.

Robert Hollyman bagged the first win of the season in the 45-minute AMOC Intermarque Championship. Poleman Ed Leigh led the field away solo in his BMW M3, after the Cooke/ Dowd BMW failed to make the start due to clutch issues.

Despite the diminished grid, the opening laps saw a high-speed train of four cars in battle, with Hollyman leading in his Porsche 964 ahead of Leigh, with Tim Bates right there in his Porsche 911 and the BMW of Gavin Dunn in fourth.

After the pit stop reshuffle, it was Dunn who held the lead from Hollyman, with Steve Wood, taking the 911 over from Bates, in third. It was a fierce battle to the end, with Hollyman getting alongside on several occasions. He finally found a way past to take the win with two laps to go.

Dunn claimed second with Woods in third, while the Aston Martin DB4 of Nicholas King was fifth and won his class.

The longest race of the day was the GT Challenge where Tony Jones took a confident win in his Ferrari 430 Challenge after emerging from the pit-stops ahead of pole-sitter and early race leader Wayne Marrs in a similar car.

Mike Newbould did well to pick up second place in his Ginetta G55 despite receiving and taking a drive-through penalty for speeding in the pits. Marrs wasn’t in luck as gearbox issues put his Ferrari out just five laps from the flag leaving Mark Smith and son Aaron to claim third in their BMW E36.

Fourth was the leading Aston Martin, James Hill bringing home the Team BRIT GT4 started by Warren McKinley, with Tom Black in fifth place - which he pinched on the last lap after a race long battle with the SEATs of Jamie Sturges and Guy Colclough.

Saturday’s guest races saw Martyn Corfield win the Equipe Pre ’63 race after poleman Tom Andrew pulled off in his Elva with a puncture. An early challenge for the lead came from fellow Austin-Healey runner Mike Thorne. Thorne briefly led but was repassed, and Corfield started to open a gap. Once the pit stops had cycled through, Corfield had a handy lead and took the win despite slowing in the latter laps with a mis-fire, Brian Arculus came through to take second in his Lotus Elite, with Nick Matthews finishing in third place in his Austin-Healey 100/4.

Later in the afternoon the Equipe GTS field had a 40-minute race and Tom Smith took the lead on lap two and then eased away from the chasing pack, staying clear even after making his compulsory pitstop. With Smith’s MGB clear at the front, it was all change behind in the final laps with Mark Ashworth getting past the similar TVR Grantura MkIII of Rob Cull on the last lap to take second. Finally, in the Welsh and Sports Cars Saloon Championship races Patrick Smyth topped race 1 in his Lotus Elan S3, after securing pole position and it was a pair of Seats first across the line in race 2, a photo style finish with Jones/ Cunniffe winning by a second.

Next time out for AMOC Racing is June 23rd at Brands Hatch, for information and entry details please click here.