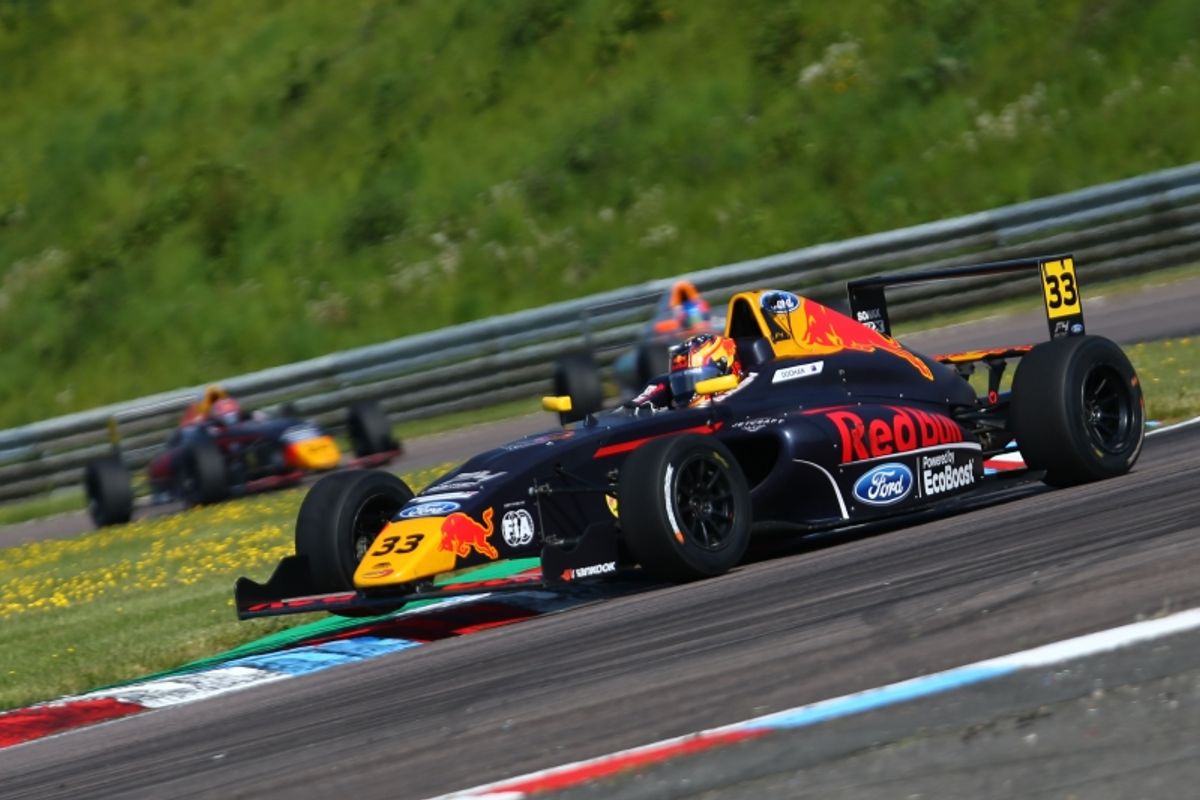 Kiern Jewiss and Jack Doohan shared the wins at Hampshire's Thruxton circuit.
Jewiss took his second win of the season in the opening race at Thruxton, following a patient and tactical drive from third on the grid. Ayrton Simmons put in an impressive drive to finish second after starting in 12th place. Paavo Tonteri took third, as well as the Rookie class win.
Jewiss led home a one-two finish for Double R Racing ahead of Tonteri in race two. Simmons completed the podium.
Doohan won the final race of the weekend for Arden Motorsport. Starting second on the grid, Doohan got the better of pole-man Dennis Hauger at the end of lap five. Simmons claimed second place ahead of Hauger.