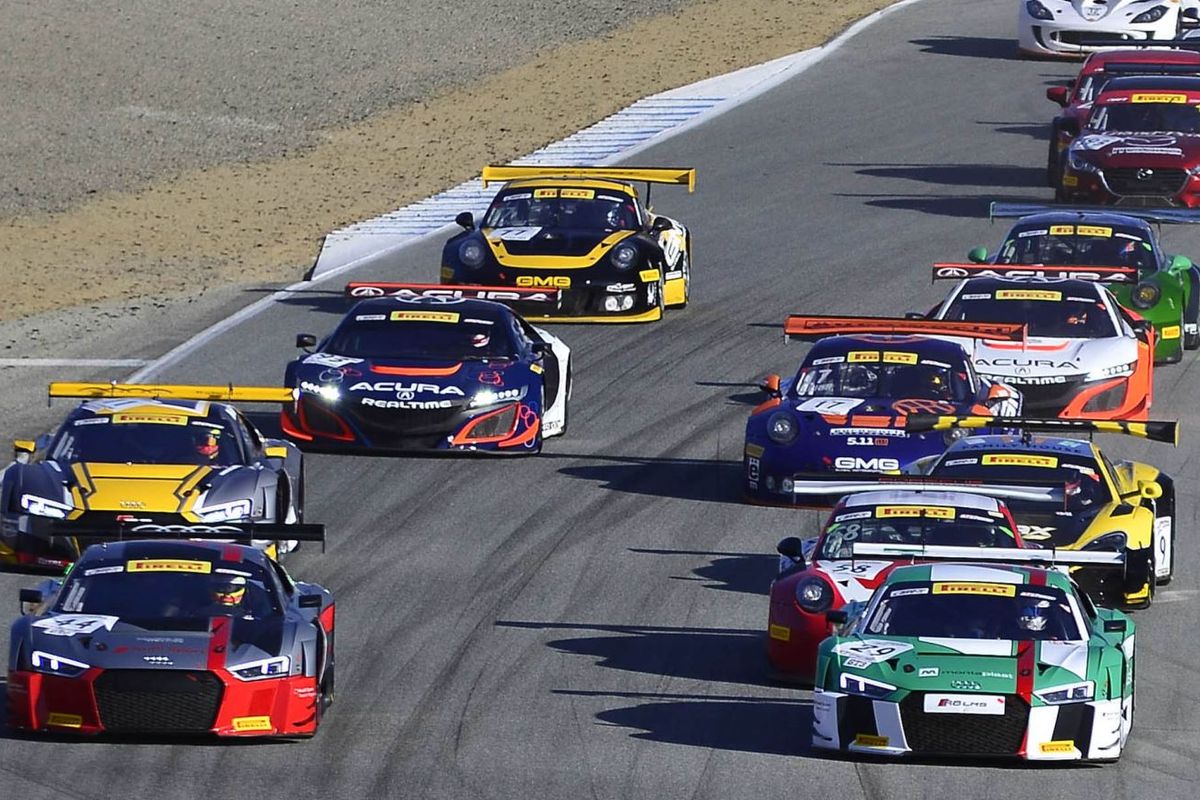 With just over 150 days to go before the second edition of the California 8 Hours, the enthusiasm for the final round of the 2018 Intercontinental GT Challenge is growing significantly.

The manufacturers entered in the only global GT3 championship will enjoy the company of several other teams at the WeatherTech Raceway Laguna Seca, resulting in a number of entries that will greatly exceed that of the 2017 grid.

One of the Audi teams that has already confirmed its entry is WRT, the Belgian squad that won the opening round of the 2018 Intercontinental GT Challenge in Bathurst. They are likely to be joined by a couple of their American Audi colleagues, such as TruSpeed Autosport. Bentley will be making its debut in the California 8 Hours, supporting Team M-Sport. The British squad will bring two of the new 2018 Continental GT3 to California. Just as in Bathurst, Mercedes-AMG will be represented by Strakka Racing, entering two to three cars. Slovakian squad ARC Bratislava will race an Mercedes-AMG GT3 as well and there is an interest by US squads DXDT Racing or Weathertech Racing as well.

Manthey Racing has already confirmed it intends to bring at least one of its well-known ‘Grello’ Porsche 911 GT3R to sunny California, and more GT3 Elfers are expected, such as the one from Black Swan Racing for example – Tim Pappas’ team finished third in the Bathurst 12 Hour race.

Beside the cars fighting for the Intercontinental GT Challenge honours, the GT3 category will also welcome several other cars and teams. Several Ferrari-squads have already shown great interest in bringing their 488 GT3, while the 8-hour race can also count on the presence of a couple of other Italian dream machines as well, as Lamborghini teams from both sides of the ocean are working on bringing one or more Huracan GT3 to Laguna Seca. And after showing great promise in last year’s inaugural edition, it is most likely that the fans will again be able to admire the sleek lines of the Acura NSX as well.

GT4: Even more variety
The popularity of the GT4 category continues to increase in series all over the motorsports planet and the California 8 Hours is no exception to that rule. California-based squad RHC Lawrence-Strom has already confirmed the presence of at least one BMW M4 GT4, and is working on bringing a second. Classic BMW is aiming to further increase the number of cars of the Bavarian manufacturer.

Competition will be fierce in GT4, with several US-based teams finalizing their entry as we speak. There is a high probability the undulating Laguna Circuit will be the setting for an exciting battle between a couple of Ford Mustang GT4 (PF Racing), some Audi R8 LMS GT4 (GMG Racing and M1 GT), KTM X-Bow (Marco Polo Motorsports), Porsche Cayman GT4 (TRG and Rearden Racing), Ginetta G55 GT4 (Ian Lacy Racing), Mercedes-AMG GT4 (Robinson Racing) and the exotic Sin R1 (Racers Edge Motorsports). Add to that the possible presence of a Chevrolet Camaro GT4, Maserati or McLaren and you see why the GT4 class is getting ever more popular.

TCR: Touring Car aces part of the show
With the TCR category playing an important part in the Pirelli World Challenge, the category will have a place in the longest race on the WeatherTech Raceway Laguna Seca as well. The organisers are working on some impressive entries, and might create a surprise or two. More news on the TCR entries will be available soon, we will keep you posted.

GT Cup: single-make contenders can participate as well
The GT Cup class is reserved for cars from single-make series. While there are no confirmed entries in this category at this point in time, other rounds of the Intercontinental GT Challenge have shown that such machinery – a Lamborghini Huracan from the Super Trofeo or a Porsche 911 Cup from the Supercup for example – can play an important part in making the racing in the Intercontinental GT Challenge so entertaining.

With some 18 or 19 GT3 having confirmed or in process of finalising their entries, a dozen of GT4 squads doing the same, and the possibility of having 5 TCR machines at the start, things are looking good for the 2018 edition of the California 8 Hours. Do not forget that the Total 24 Hours of Spa hosts round two of this year’s Intercontinental GT Challenge on July 26-29, before the Suzuka 10 Hours takes centre stage one month later (August 24-26). The California 8 Hours (October 26-28) closes out the campaign, which began in February at the Liqui-Moly Bathurst 12 Hour.

Stephane Ratel (Founder and CEO SRO Motorsports Group): “Initial feedback for the second edition of the Laguna Seca Raceway California 8 Hours sounds very promising, and there’s no doubt the event is growing in stature in the context of an expanding Intercontinental GT Challenge. It’s imperative that North America has a major race where GT cars  compete for overall victory, while the Pirelli World Challenge also requires a much-needed blue riband event that brings together its GT, GTS and TCR classes. I strongly believe Laguna Seca has the potential to achieve both of these aims.”

Greg Gill (President and CEO WC Vision): "We are very pleased with the early response to the California 8 Hours. The increased grid is being driven by European teams, as well as U.S.-based teams who wish to race in a global race with some of the best sports car brands, drivers and teams on the planet, at one of North America's most beloved tracks. This second annual event has the potential to become one of the more iconic stops on the Intercontinental GT Challenge circuit."