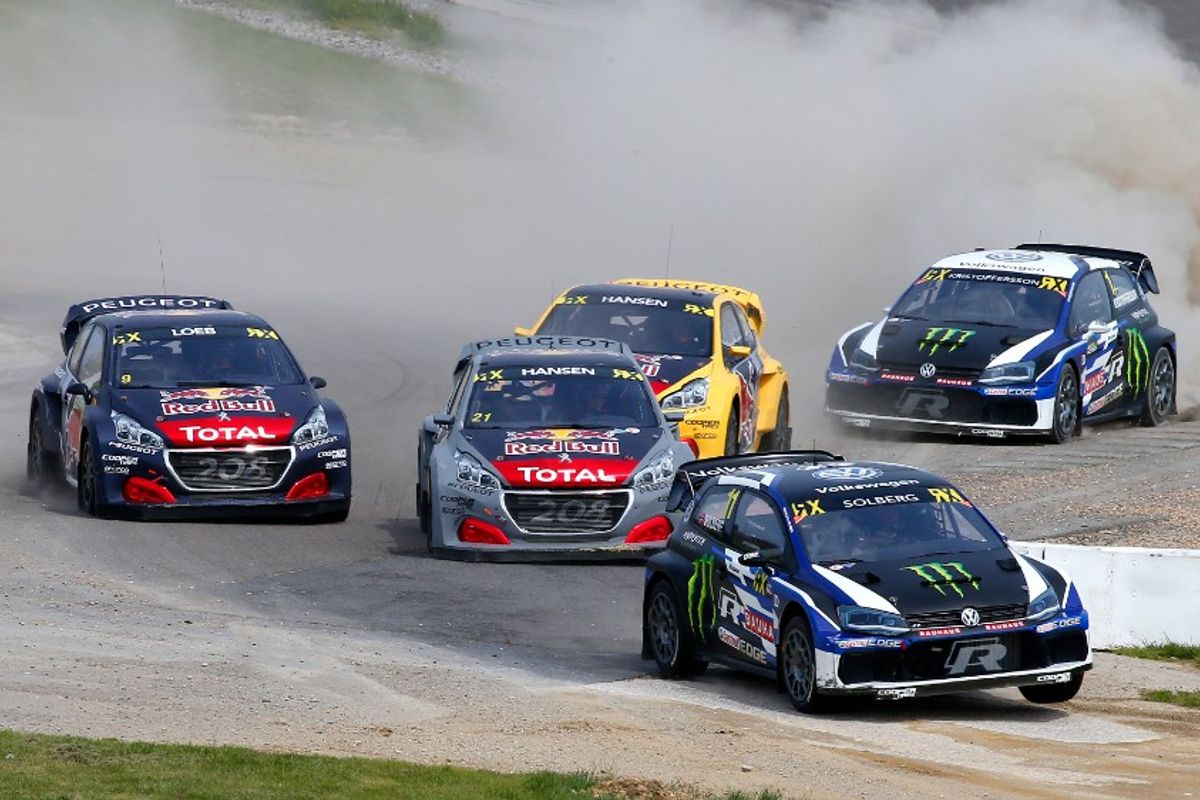 The FIA World Rallycross Championship presented by Monster Energy ventures to pastures new this weekend (25-27 May) with the series’ first-ever visit to the iconic Silverstone Circuit for Cooper Tires World RX of Great Britain, round four of the 2018 season.

The first international rallycross event to take place at the ‘Home of British Motor Racing’, the race weekend sits at the heart of the much-anticipated Speedmachine festival, which will combine phenomenal world championship racing with headline live music, Esports, drifting and the unique opportunity for attendees to get behind the wheel of a performance car and drive the world-famous Silverstone Formula 1 circuit.

Set against the backdrop of the Silverstone’s landmark Wing building, the brand new track – purpose-built for World RX – has been designed to ensure spectators don’t miss a moment of the racing from its viewing spots.

PSRX Volkswagen Sweden’s Johan Kristoffersson leads the World RX points race heading to Silverstone but faces a renewed challenge from Sebastien Loeb, who scored his and Team Peugeot Total’s first win of the 2018 season last time out in Belgium to close the leading margin to nine points. Petter Solberg is a further point behind in third position, ahead of EKS Audi Sport pairing Andreas Bakkerud and Mattias Ekstrom, while Timmy Hansen in the second factory Peugeot follows. After three rounds, only 16 points cover the top six drivers.

In addition to the 15 permanent drivers, ten round-by-round entries will take to the start at Silverstone. Local favourite Jordan makes his latest World RX of Great Britain appearance at the wheel of an MJP Racing Team Austria Ford Fiesta, the 2013 British Touring Car Champion eyeing a repeat of his hugely popular podium finish on home soil in 2014.

Three-time British Rally Champion Higgins is set for his World RX debut in an Albatec Racing Peugeot 208 having made the switch to rallycross this year, while Bennett in the XITE Racing MINI Cooper S makes his third World RX outing of the year in front of his home fans.

Former British Rallycross Champion Ollie O’Donovan flies the flag for Ireland in a Ford Fiesta, while Frenchman Herve “Knapick” Lemonnier returns to World RX action in a Citroen DS3 and Hungary’s Tamas Karai competes in a Karai Motorsport Audi A1.

Andrew Jordan, MJP Racing Team Austria, said: "I can’t wait to get back behind the wheel of one of these brilliant 600BHP beasts this weekend and do my country proud in the first-ever World RX event to take place at Silverstone. Together with Speedmachine, it’s going to be a very special weekend and I’m sure fans are going to absolutely love it! I’m confident myself and MJP Racing Team Austria can really take the fight to the World RX regulars this weekend and give the home fans something to cheer about!"

World RX Managing Director for IMG, Paul Bellamy commented: “We are immensely proud to bring World RX to such a world-class facility as Silverstone for the first time and to do so with a capacity entry list brimming with rallycross talent should make for fantastic racing. Few venues in motorsport are as iconic or historic as Silverstone, so to be competing here on an all-new rallycross circuit purpose-built for this event is a hugely exciting moment for the championship. Moreover, we’re delighted to be launching Speedmachine here. We set out with the intention of creating a new kind of festival that appeals to every type of event-goer, whether they’re seeking high-quality sport, live entertainment or exhilarating activities, all with world championship motorsport at its heart. We're also delighted to launch ARX this weekend at Silverstone and especially pleased to give European fans a rare chance to see the mighty Subaru Rally Team USA and Volkswagen Andretti Rallycross teams in action. It is going to be a truly unforgettable weekend.”

From a Cooper Tires point of view
Paul Coates, General Manager - Motorsport, Cooper Tire Europe, said: “The first of two new tracks this season, Silverstone Circuit has long been the home of motorsport in the UK. It’s great to see rallycross coming to this historic venue and it is an honour for Cooper Tires to contribute in its capacity as title sponsor. A new track is always a challenge but our engineers have been on hand during track testing in snow, rain, and in sunny conditions where both the dry and wet tyre showed why these are the tyre of choice when it comes to rallycross.”