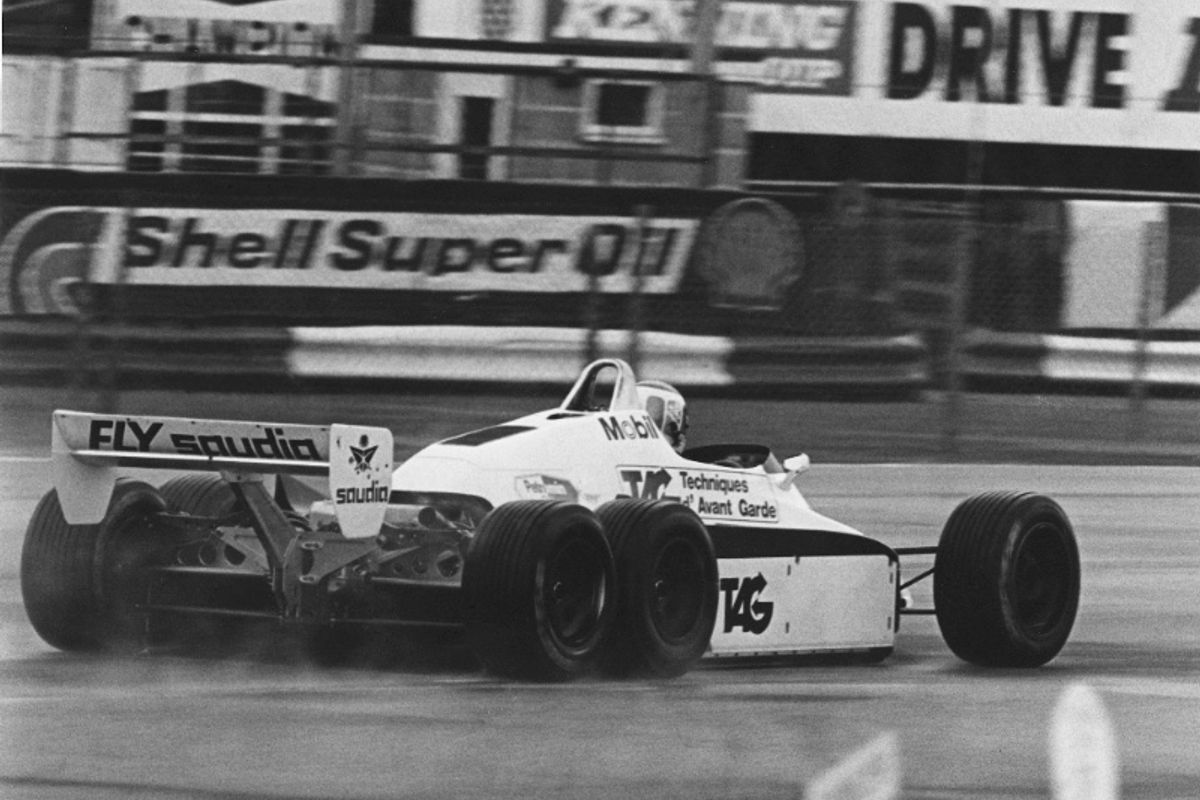 Final preparations underway for next weekend's (2/3 June) Celebration
Packed list of iconic vehicles from worlds of F1, GT, top-tier motorcycling and endurance to star
Family-friendly festival offers something for everybody, young and old
Advance tickets available now from just £12 until Tuesday – children 15 and under go free

Thruxton Circuit will welcome a cavalcade of stand-out motor racing machinery from the worlds of Formula 1, GT and Sportscars, top-tier motorcycling and endurance to its 50th Anniversary Celebration next weekend (2/3 June), with Williams' unique FW08B the latest star to join the fold.

The ground-breaking six-wheeler, designed by Patrick Head and Frank Dernie, was created by Frank Williams' outfit with the intention of running during the 1983 Formula 1 campaign, as it chased a longer wheelbase and greater 'ground effect' as well as increased traction out of corners with four-wheel drive.

In testing, the car showed promise, breaking a lap record at Paul Ricard and development continued through 1982 until the FW08B surfaced at Donington Park, producing a ream of head-turning lap-times. Subsequently, the FIA issued its regulations for '83 and included a clause outlawing both six-wheelers and four-wheel drive and the FW08B would never see competitive action as a result.

The ingenious one-off will be displayed alongside Nigel Mansell's championship-winning FW14B which stormed to nine of 16 race wins in the Formula 1 World Championship in 1992 in his hands and Williams' 2016  charger – the FW38B. The Grove squad will be represented on-track too, with Karun Chandhok set to steer Keke Rosberg's 1983 530bhp Ford Cosworth DFV-powered FW08C around the Hampshire speedbowl.

Further Formula 1 iconography in the form of the Lotus 87B will also be on display and will be joined by the likes of Ford's legendary GT40 – the pioneering Le Mans-winning GT hero of the 60s – and a modern GT counterpart in the shape of an Aston Martin Vantage GTE.

Fans will also be able to get up-close and personal with Porsche's last hurrah in the World Endurance Championship – the stunning technical marvel that is 919 Hybrid Sports Prototype. In the hands of decorated racers such as Mark Webber and Nico Hulkenberg, the 919 flew to three consecutive Drivers' and Constructors' titles in the flagship endurance series between 2015 and 2017, which included a hat-trick of victories at the world renowned Le Mans 24 Hours during the same period.

Adding to the circumstance on-track will be high-speed demonstrations throughout the weekend from Dunlop MSA British Touring Car Championship (BTCC) heroes Rob Austin and Rob Collard in the new Alfa Romeo Giulietta and  multi-title-winning BMW 125i M Sport respectively. The pair lapped Thruxton in competitive trim a week or so ago and will be on-hand to wow crowds once again.

BMW's monstrous M4 GT4 will also demo, alongside MINI Challenge cars, muscle machinery such as the Chevrolet Camaro and a Ducati double – the 1199 Panigale R and V4 Panigale. A full list of demonstration runners and riders is available here.

Away from the racing and on-track action, static displays and car club reunions, as well as a funfair, live music, overnight camping and a fireworks display ensuring the festival’s family-friendly appeal.

"We are delighted to add the world famous Williams FW08B to our ever-growing list of cars and stars that will be attending our 50th celebrations on 2-3 June," enthused Thruxton Group Managing Director, Bill Coombs. "The list of cars present will span the full five decades of the circuit's existence and include some of the most memorable machinery that motorsport has to offer.

"It's sure to be an amazing spectacle on-track, as well as off it. We will have a host of motorsport royalty in attendance, plus family entertainment and the official opening of our £2 million Thruxton Centre by legends Nigel Mansell CBE and Murray Walker OBE. Everyone at Thruxton is looking forward to the weekend immensely and we can't wait to get started!"

Advance tickets for Thruxton’s 50th Anniversary Celebration on 2/3 June are available from just £12 for Saturday entry and £15 for Sunday – or £24 for both days. These are available until Tuesday evening. Sunday grandstand seats are an additional £5. Accompanied children aged 15 and under will be admitted free of charge.