Riccardo takes Monaco pole ahead of Vettel, Hamilton and Raikkonen 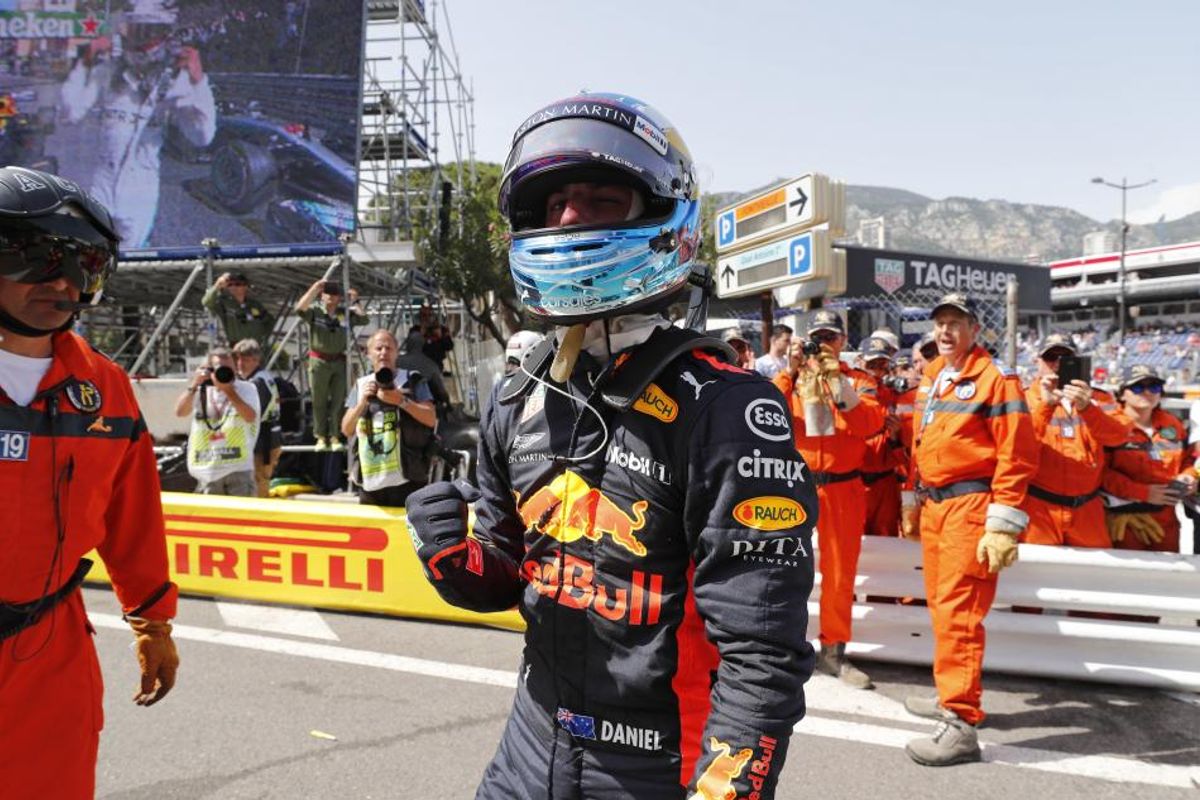 It was bittersweet for Red Bull, however, as while Ricciardo will start from the front of the grid, Max Verstappen will start at the tail end of the order after gearbox damage from a crash in FP3 ruled him out of qualifying.

Ricciardo was quickly on the pace and with his first flying lap he took P1 with a time of 1:12.769. The Australian hit a wall of traffic at the end of the lap, however, and as such his P1 time was quickly bypassed by that of Kimi Räikkönen.

Ricciardo was quickly back in front, though, finding a gap in the traffic to post a lap of 1:12.013. That was good enough to keep him in P1 until the flag fell, with the Red Bull driver eventually finishing four tenths of a second ahead of Ferrari’s Sebastian Vettel and Räikkönen.

In the final runs, Sauber’s Charles Leclerc went off at Ste Devote and brought out the yellow flags. That compromised a number of final runs and in the end out went Toro Rosso’s Brendon Hartley, Sauber’s Marcus Ericsson, Williams’ Lance Stroll and Haas’ Kevin Magnussen.

Ricciardo was again to the fore in Q2, quickly muscling his way to the top of a timesheet with a lap of 1:11.353 that left clear of Vettel and Raikkonen. He retired to the garage immediately, content to wait it out and see how the session evolved.

Further back, Mercedes gambled and bolted on ultrasoft tyres for their drivers’ first runs, hoping that the purple-banded tyres would yield a lap time good enough to earn a Q3 berth and allow them to start on the more durable tyre on a circuit where track position is paramount.

The strategy quickly proved the wrong one, however, and with the session edging onto the final five minutes and with Hamilton 10th and Bottas 14th the team switched plans and pitted both for hypersofts. Hamilton blasted to third with his first flyer and Bottas followed to take fifth.

The Ferraris of Räikkönen and Vettel found more time on their final runs to claim second and thirds respectively behind Ricciardo and Hamilton dropped to fourth ahead of his team-mate.

At the bottom of the top 10, the improvement of the Mercedes bounced Toro Rosso’s Pierre Gasly to P12, but the Frenchman did a good job to find time on his final runs to claim P10 with a lap of 1:12.313.

Ricciardo again set the pace in Q3 and this time it was by a significant margin. Bottas was first across the line to take provisional pole, but he was quickly dropped down the order by Hamilton who set a lap of 1:11.261. Ricciardo though was flying and when he crossed the line he was 0.451s up on Hamilton and the only man under the 1m11s mark.

And so it proved. Vettel found time on his second run to climb above Hamilton, but neither could get near the Red Bull driver, who was going even quicker until he was told that his opening time had secured pole. He backed out of his final run and settled for the lap of 1:10.810 that now stands as the fastest ever lap of Monaco.