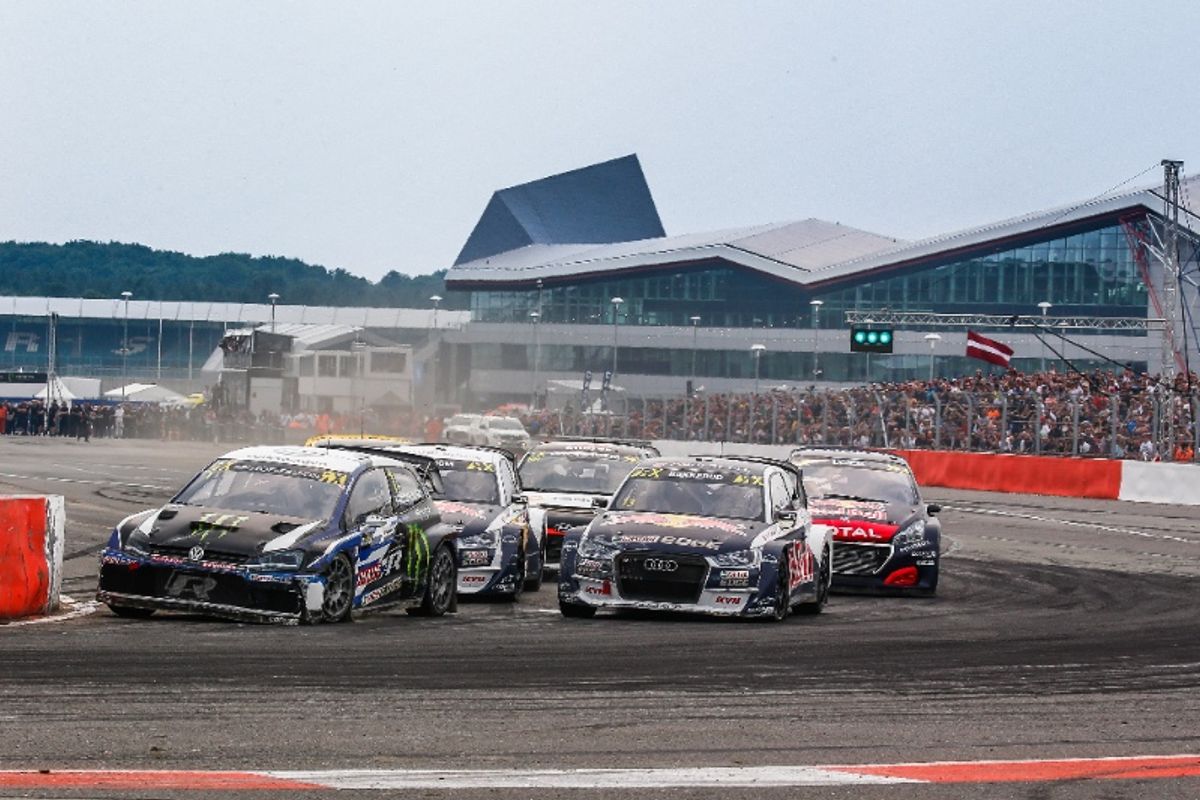 PSRX Volkswagen Sweden’s Kristoffersson claimed a maximum 30 points from the British event in his Volkswagen Polo R by finishing top of the Intermediate Classification, winning semi-final one and the final, as EKS Audi Sport’s Andreas Bakkerud finished second and Team Peugeot Total’s Sebastien Loeb recovered from a slow start in the final to finish third.

Watch the Cooper Tires World RX of Great Britain FINAL at Silverstone
Kristoffersson’s win coupled with a strong performance from team-mate Petter Solberg in qualifying, despite the Norwegian retiring from semi-final one, increases PSRX’s lead in the World RX Team’s Championship.

“In the final it was super high grip on the start line so I had to slip the clutch, but I managed to get a good launch. From then on, I was just trying to drive as fast as I could. Andreas [Bakkerud] was really on my tail all the way – he found some good speed in between the semi-final and the final and was really fast,” said winner Kristoffersson. “It’s so easy to make a mistake out there so I just tried to take it steady and then for the last three laps I tried to put my best laps together and after the joker lap I came out first. It’s awesome.”

Bakkerud passed EKS team-mate Mattias Ekstrom in the first corners of the final to secure a second place finish in his Audi S1. “This feels great, it really does. The car has been there all year, it just takes time to get used to everything when it’s new,” said Bakkerud. “The feeling is that I’m confident going into Norway, Sweden and the rest of the Championship on tracks I’m more familiar with. Speedmachine has been a great event and I think all the fans have really enjoyed it. We’ve met a lot of new people here this week – I asked them many questions and they really enjoy rallycross.”

For Mettet RX winner Loeb, his Silverstone result was this fourth consecutive podium of the season, the Frenchman overtaking Ekstrom in the final. “I did a really good final I think, with just a very bad start so then it’s complicated in six laps to recover that. I was sixth on the entry to the first corner, I had to find a way to pass the other cars. I took the joker lap at the right time and could push very hard,” he said. “Then when Mattias [Ekstrom] took the joker I arrived behind and was able to brake inside for the first couple of corners, it was a good run. I’m very happy. The Championship is really exciting this year and we are three manufacturers, six drivers fighting and I don’t know who will win – it’s really interesting. I enjoy it a lot.”

Ekstrom scooped the Monster Energy Supercharge Award for having the fastest reaction away from the start line in the final and finished fourth, ahead of GRX Taneco’s Niclas Gronholm and Team Peugeot Total’s Kevin Hansen, the former FIA European Rallycross Champion slowed on the final lap of the race with a problem.

The inaugural Speedmachine Festival hosted 27,250 spectators over the weekend, where fans enjoyed the frantic World RX action along with street food, a range of live music and manufacturer drive experiences on Silverstone’s Formula 1 circuit.

Just missing out on a place in the World RX final was Norway’s Tommy Rustad, racing an Marklund-HTB Racing Volkswagen Polo on his return to World RX and GC Kompetition’s Jerome Grosset-Janin who finished fourth in semi-final one and two respectively. Olsbergs MSE’s Kevin Eriksson, Team Peugeot Total’s Timmy Hansen and GRX’s Timur Timerzyanov also qualified for the semi-finals but didn’t make it into the final. British heroes Andrew Jordan and Mark Higgins endured a challenging weekend and finished 16th and 20th.

Sweden’s Oliver Eriksson won the second round of the RX2 International Series presented by Cooper Tires to move into the lead of the standings. America’s Conner Martell finished second and Norway’s Sondre Evjen completed the podium finishers.