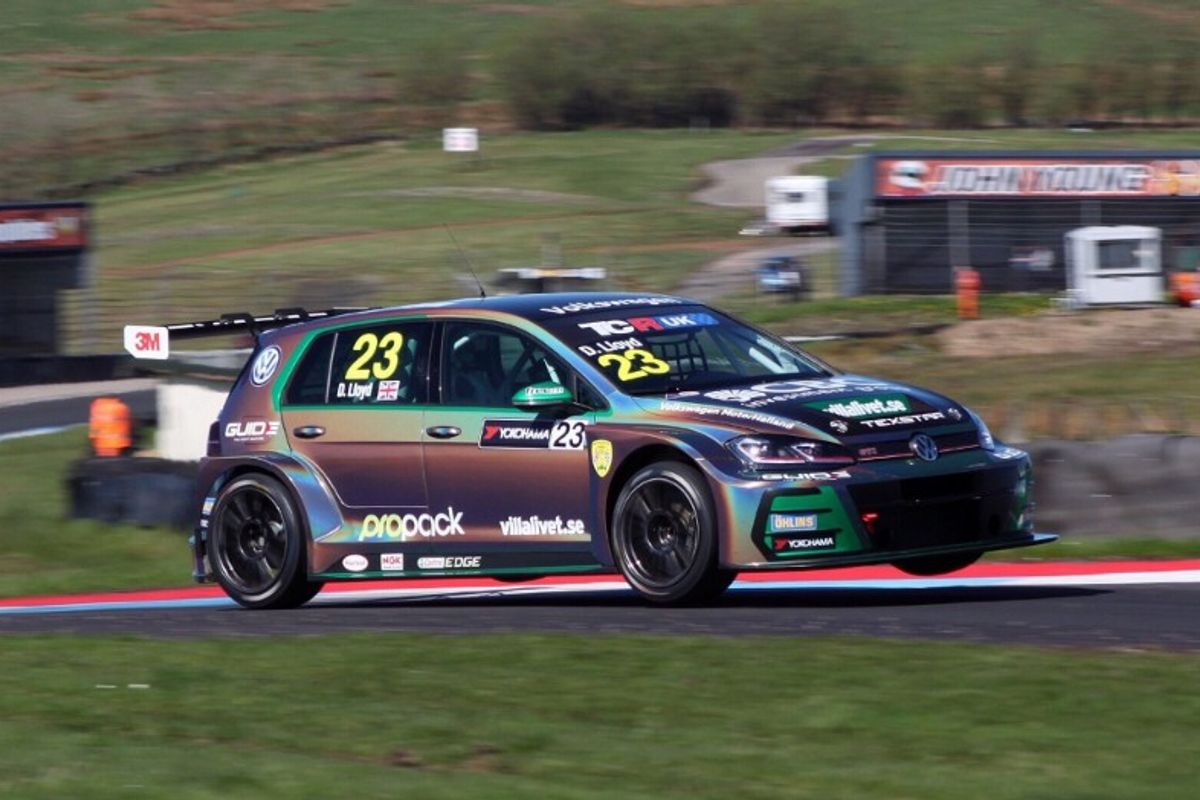 Daniel Lloyd will contest this weekend’s upcoming third TCR UK Championship meeting at Brands Hatch, after securing additional funds to defend his 66 point advantage at the top of the standings.

The Huddersfield-based driver has dominated the first four rounds of the inaugural TCR UK campaign - taking four wins from four races in the WestCoast Racing VW Golf GTI - but looked unlikely to continue his winning form with a lack of financial backing putting his season at risk.

Thankfully, a last minute reprieve with a new personal backer coming on-board means the 26-year-old will compete on the iconic 1.2 mile Indy circuit this coming weekend.

“I’m so happy to be racing again this weekend;” said Lloyd. “Its’s been a dream season so far for us on-track, but away from the circuit it’s been a really hard slog trying to track down the funding to keep racing.

“It’s frustrating to be in a position where you are leading a major championship and also then at risk of not being able to take that forward to the next round. I’m incredibly grateful to have our newest backer on-board for the Brands Hatch races.

Lloyd continued; “We’ve had a really positive response from our last release reaching out for new partners and as a result a new supporter came forward and has helped secure our grid spot for this weekend.

“We’ve had a few enquiries from potential new partners and looking ahead, we’re far more optimistic about being able to complete the rest of the season.”

Rounds 5 and 6 of the TCR UK series take place on the Brands Hatch Indy Circuit, Kent on June 2/3. Saturday June 2nd plays host to the afternoon’s free practice session at 13:25 before heading into the 30 minute qualifying session at 16:20.