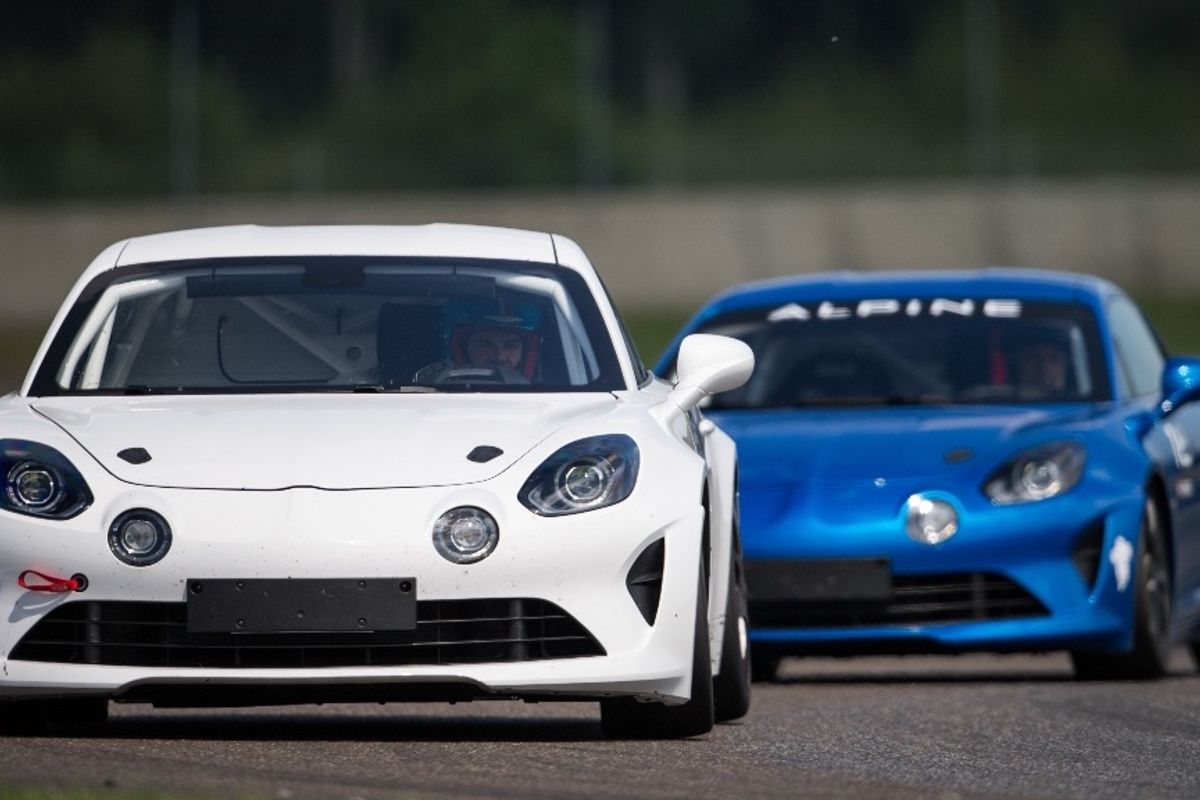 This Saturday, the Alpine Elf Europa Cup field will battle at Circuit Paul Ricard (June 1-2) in the first two races marking the return of a single-make Alpine promotion category to the race track. Whether they are young hopefuls or successful veterans, the drivers of the 17 Alpine A110 Cup cars promise a great show to the fans from the Var Department.

Before heading to Circuit Paul Ricard, the Alpine Elf Europa Cup field had the opportunity to become familiar with their cars during a collective test session, held last week at Nogaro. During these two days, the drivers accumulated over 6,000kms of practice behind the wheel of the Alpine A110 Cup, which is not only reliable, but already very fast.

The fastest lap of all was clocked on day two by Jean-Baptiste Mela (Autosport GP). The former French F4 Championship competitor (5thin 2017) posted his best time of 1:35.094s and has positioned himself immediately among the contenders for the win.

The day before, the experienced Sylvain Noël (Racing Technology) was quickest with a lap of 1:35.255s. After more than 30 years of competition, the driver from Nantes hasn’t lost any of his speed!

Among the other drivers in the group of leaders at Nogaro, there is, to the surprise of no one, Vincent Beltoise (CMR), Pierre Sancinéna (CMR), Laurent Hurgon (Autosport GP) and Grégory Romano (CMR). In his return to competition after several years away, Grégory Romano was the busiest behind the wheel, with 640kms covered in two days.


A HIERARCHY NOT YET DETERMINED

Although these first days saw a few names emerge, the hierarchy won’t really be established until after the first qualifying session.

Six-time promotion series’ champion, Nicolas Milan (Milan Compétition) will definitely be one to watch. However, each title came in a front-wheel drive car and therefore the rear-wheel drive car will be a real challenge for the driver-preparer. Coming from the Clio Cup, Julien Neveu – who will share his Alpine with Marc Sevestre at Autosport GP – is heading into the same kind of challenge.

Also to be followed: the progress of Nyls Stievenart (CMR), in contention for Junior category honours with Mela. The youngest driver in the field at 17 can rely on experience gained the past two years in LMP3, GT3 and GT4.

A lot less experienced than their rivals, Mathieu Blaise (Racing Technology) and Stéphane Proux (Automeca) will have to gain confidence to progress in the mid-field. Proux can count on the race craft of rally veteran Emmanuel Guigou, with whom he will share his car.

The nine-driver Gentleman category will be in a race within the race. In addition to Grégory Romano, Laurent Hurgon and Marc Sevestre, there are also some well-known drivers in the paddock such as Philippe Bourgois (Milan Compétition), Alessandro Sebasti Scalera (Team Duty Car) and Thomas Padovani (Milan Compétition). Pierre Macchi (Autosport GP) and Franc Rouxel (Automeca) will also look to be part of the battle.

Entered outside the championship, the n°110 Alpine will be entrusted to Eric Hélary (M6 Turbo) –winner of the 1993 24-Hours of Le Mans – and Thierry Soave (Car Life magazine).

A MONUMENT TO KICK-OFF THE SEASON

Contested on six legendary circuits, the Alpine Elf Europa Cup will first take its drivers to the new home of the French Formula 1 Grand Prix. From the slipstreaming on the Mistral straight, to the grip limit in the Signes corner or the search for the best line through the Beausset double right-hander, the drivers will enjoy the qualities of the Alpine A110 Cup in a spectacular setting, with the Sainte-Baume Mountains as a backdrop.

The programme will include two free-practice sessions, two qualifying sessions and two 30-minute races. On Saturday, race 2 will be the curtain raiser for the Paul Ricard 1,000km, with 50 GT3 cars battling into the night.

Régis Fricotté, Alpine Sales Manager
“We are happy to be present for the launch of the Alpine Elf Europa Cup, just a few months after the deliveries of the Alpine A110 Première Édition began. It was a genuine challenge and we are proud to have accomplished it along with our partner Signature. In the purest Alpine spirit, the A110 Cup takes the genes of the production model to be affordable, fun and fast. We hope that the drivers in the Alpine Elf Europa Cup will put on a great show for the fans on European circuits all throughout this season.”

Philippe Sinault, Signature Group General Manager
“We will finally attend the long-awaited moment in seeing the Alpine A110 Cup field set off for a bumper-to-bumper race! I want to thank all the teams and drivers who have shown confidence in us in this new adventure. The feedback after the first test sessions was very positive and we are certain that the Alpine Elf Europa Cup will bring everything together to become a major success.”