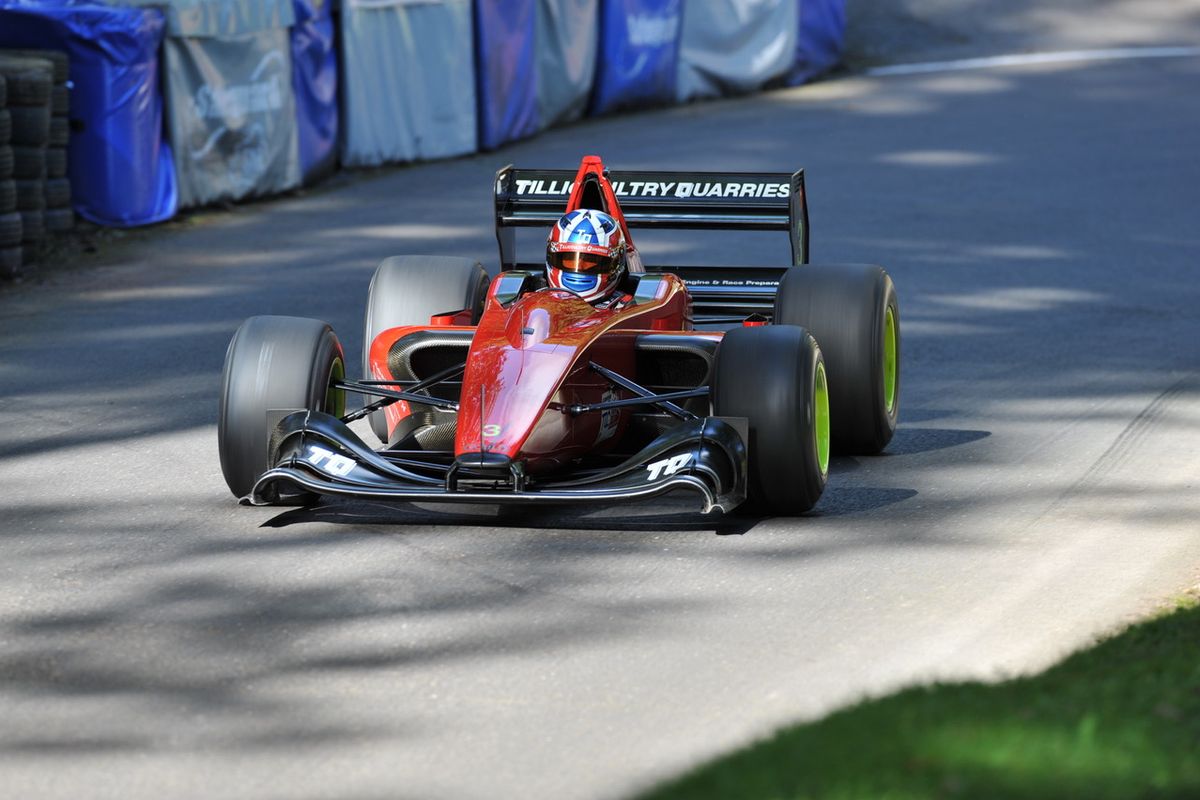 Shelsley Walsh sees the first visit of the fastest cars in the British Hill Climb Championship vie for the top spot on the world famous hill this Sunday, 3rd of June. Reigning Champion Trevor Willis is looking to better his personal best of 23.11 seconds at Shelsley to stay ahead in this year’s title chase which has seen him take three wins and four second places from eight rounds of the 2018 British Championship so far. If he can do a 22 second run up Shelsley’s world famous hill climb on Sunday, then he’ll join a very select club that at present only has three drivers in it after 113 years of competition at Shelsley Walsh.

Last year’s fastest man up Shelsley, Will Hall, is second in the title chase by just five points at the moment as they come to Worcestershire this weekend. His Force has 650+ bhp and launches off the line in an incredible sub 1.9 seconds for the first 64 feet before hitting 147mph over the finish line.

Hall won August Shelsley last year with a stunning 23.21 seconds he set in the Run Off so entering this weekend his sights are well and truly on repeating the time or to knock on the door of the holy grail of Shelsley - a 22 second run - to close in on Willis’ title lead.

Winner of the this meeting 12 months ago Wallace Menzies is now fully at one with his 3.3 litre Gould GR59 that saw the Scot do an incredible 155mph over the finish line last year. He’s another potential winner this Sunday with the rumoured 700bhp under his right foot.

Former British Champion Alex Summers will be there in his svelte DJ Firestorm that uses the wonderful sounding 2.5 V6 from the old DTM Championship in Germany. Ironically the engine has ‘come home’ as it was cast in Worcester when Cosworth had one of their foundries in the city.

Speaking before the Shelsley weekend, 2018 Championship leader Trevor Willis said, “It’s so difficult to predict a winner as five drivers can be covered by under 0.15 of a second. It could be Will, Wallace, David Uren or Richard Spedding too. I’d be delighted to do a 22 second run up Shelsley but it would have to be a stonking run to do that as I have a little less power than some of the others, so I have to fling it into the Esses, but I also have a little bit less drag on the straights with my OMS 28.”

Fastest man up Shelsley in 2017 Will Hall said, “I’m hoping for two wins this weekend as I need the points to close in on Trevor Willis but I may have to do a 22 second run in order to do that. I’ve been on course for a 22 with my split times two seasons ago, but then I had a gearbox failure so…I know I can have a crack at it!”

Other big hitters are Jason Mourant who is flying this year to consistently score in every round so far to be fourth in the title chase. He is driving the 4 litre V8 Gould and will be looking for his first Shelsley podium.

The Best Time of Day driver will not only get his name in the record books but also take away a brand new automatic MHD AGT Watch worth £458 in partnership with Shelsley’s Timing Partner.

The biggest class on Sunday sees 21 cars go head to head in the up to 1100 class with Robert Kenrick having already reset the class record to 25.45 a month ago. The former Midland Champion says the BMW 1000RR superbike engined car has ‘an easy 24 second run in it.’ Hold on to your hats for that one!

The weekend will also a round of the Porsche Hill Climb Championship with four mouth-watering GT3s, an RSR, a GT3 RS and a GT3 Cup car to make many a supercar fan melt. Other quick road cars include a Subaru Impreza, Aston Martin Vantage GT4, Caterham 7s, Mitsubishi EVO, the fastest Vauxhall VX220 you’ve ever seen and a Lotus Exige.

Runs start at 9 both days.

For more information and advance tickets, go to Shelsleywalsh.com