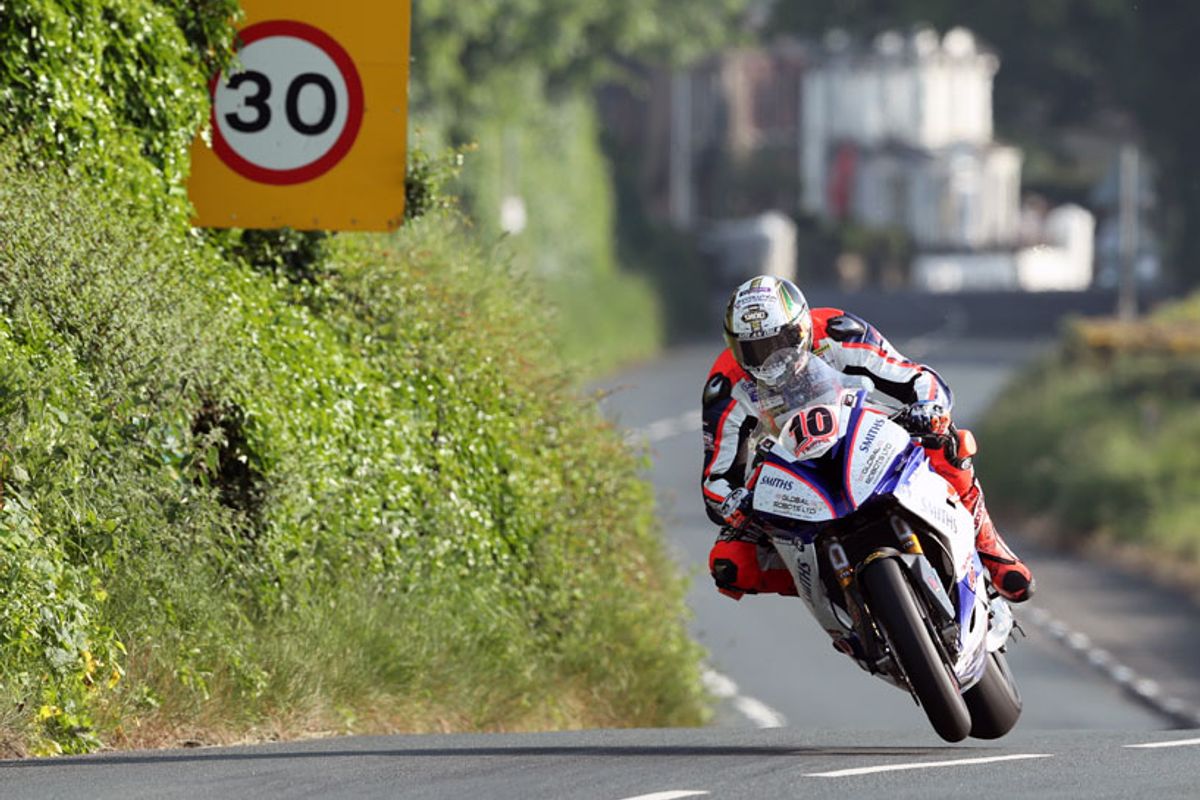 Thursday evening’s qualifying session at the 2018 Isle of Man TT Races, fuelled by Monster Energy, saw Peter Hickman post the evening’s fastest time in the Superbike class with a lap of 132.81mph, a new personal best lap for the Smiths Racing BMW rider, albeit unofficially as it was not set in a race.

Ben and Tom Birchall posted the fastest lap of the week so far in the Formula Two Sidecar class with last year’s double winners lapping at an impressive 116.554mph.

The overnight rain and morning mist had long gone by the time the session got underway at 6.20pm and clear skies and sunshine were again the order of the day although damp patches remained on the exit of Ramsey Hairpin, the Nook and Governor’s Bridge.

Hickman and Rutter both elected to go straight through with Harrison and Dunlop pulling in to change machines. Hickman was taking full advantage of the clear road in front him with his second lap - an excellent 132.81mph - an unofficial personal best and the second fastest lap of the week to date. Rutter was a retirement though, stopping at Cruickshanks although he did manage to get back to register another qualifying lap.

Harrison was also over 130mph second time around - this time on his Superstock mount, while Conor Cummins was again impressing on his Padgetts Honda Superbike at 131.18mph. David Johnson (129.63) and Hillier (128.06) also had strong second laps as did newcomer Davey Todd who set his best lap of the week at 123.995mph. Fellow newcomer David Jackson was also above 120mph for the first time but Adam Lyon retired at Cronk y Voddy.

As the session wore on, speeds were reduced due to an incident involving Chris Petty at St Ninians which left debris in the road but Hickman went to the top of the Superstock times briefly with a lap of 128.38mph. However, this was ultimately bettered by David Johnson who posted a lap of 129.20mph.

Petty was taken by ambulance to Nobles Hospital where he was reported to have sustained a fractured ankle.

At 7.48pm, it was the turn of the Formula Two Sidecars and Ben and Tom Birchall led the field away from Tim Reeves/Mark Wilkes, Peter Founds/Jevan Walmsley and Dave Molyneux/Dan Sayle.

The Birchalls were the quickest on the opening lap with a speed of 115.48mph whilst Reeves/Wilkes finally completed a lap at TT2018 with 114.06. Founds and Molyneux both lapped in excess of 111mph and Lewis Blackstock/Patrick Rosney lapped the Mountain Course quicker than ever before with a lap of 110.69mph.

Second time around and the Birchalls upped their pace to 116.554mph, the fastest lap of the week so far, with Reeves/Wilkes increasing their speed to 114.369mph. Molyneux/Sayle were also upping their game at 113.155mph. John Holden/Lee Cain had a steady first lap but made changes for their second lap which was 114.513mph.

A number of the electric TT Zero machines also had their first outings. As expected Mugen were to the fore with Michael Rutter posting an impressive opening lap of 116.049 while his Mugen teammate Lee Johnston was also over the’ton’ at 101.108 but the Japanese outfit were bisected by an impressive performance by Daley Mathison on the University of Nottingham UON 02.

James Cowton (84.365mph) riding the Brunel BX 15 and Adam Child (74.869) on the Moto Corsa Ego also completed their first qualifying laps but Shaun Anderson broke down on the Mountain Box while Team Mirai’s Ian Lougher got as far as Hillberry before retiring.