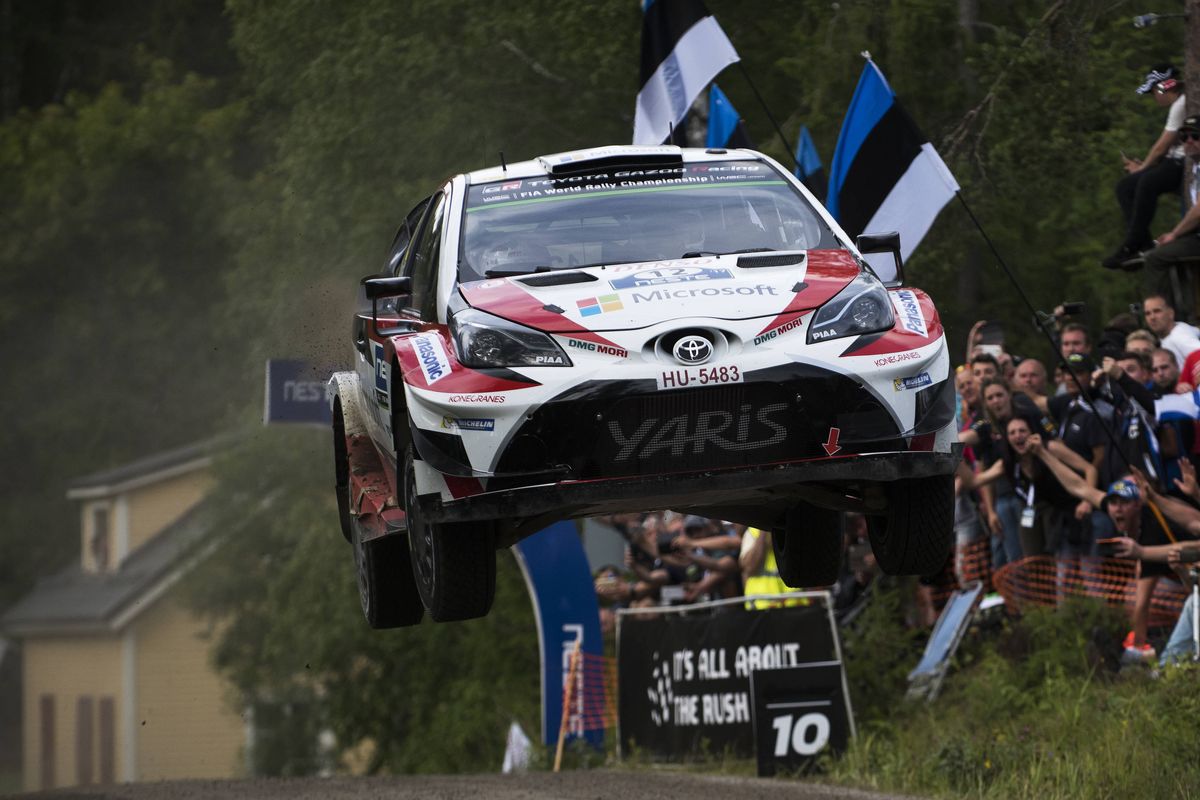 Blancpain GT Series Endurance Cup
The Blancpain GT Series Endurance Cup’s blue-riband event, the Spa 24 Hours takes place in July, with 2018 being the 70th edition of the race. After previously being part of the European and World Touring Car Championships, the event has been for GT cars only since 2001, becoming part of the Blancpain Endurance Series in 2011. The Santiloc Racing Audi team won the 2017 edition, adding to the streak of German marques winning the race since 2010, something the likes of Ferrari, Lamborghini, Bentley and the new-for-2018 Lexus’ would like to change.

FIA World Rally Championship
Finland plays host to round eight of the 2018 FIA World Rally Championship, as the second half of the season gets underway. Known for its big jumps and blind crests, Rally Finland is a favourite amongst both drivers and the fans. Sebastien Ogier is one of seven non-Scandinavian drivers to win in Finland previously, but in 2017 honours went to Toyota’s Esapekka Lappi, who will be looking for another home victory at the ‘Grand Prix on Gravel’.

FIM Motocross World Championship
The on-going battle for MXGP honours between KTM team-mates Jeffrey Herlings and Antonio Cairoli continues in July, with a trio of rounds. For the first time in 2018, the championship heads to Asia, with an Indonesian double header, before returning to the more familiar surroundings of Europe and the Czech Republic later in the month. Clement Desalle is so far the only non-KTM winner this year, whilst Herlings’ sixth GP victory of the season saw the Dutchman extend his advantage to almost 50 points over Cairoli.

Australian Supercars
July sees the tenth running of the Australian Supercars’ Townsville 400 street race, as the battle between Triple Eight Race Engineering and DJR Team Penske intensifies. Four wins on the bounce for Scott McLaughlin saw him jump to the top of the standings, as Shane van Gisbergen and Craig Lowndes pursue the New Zealander. After starting 2018 strongly, Jamie Whincup’s challenge has faded, though as a nine-time winner on the Queensland circuit, the veteran will be hoping to get his aspirations back on track.

Australian Supercars – Townsville
LIVE, 7 July, 06:50 BST, Race 1
LIVE, 8 July, 06:50 BST, Race 2
European Le Mans Series
After many of the teams have competed in the 24 Hours of Le Mans, it’s off to Austria’s Red Bull Ring for round three of the European Le Mans Series. In the premier LMP2 class, G-Drive Racing lead the way, with non-full season entrant TDS Racing just a single point back, closely followed by debutants Racing Engineering. The LMP3 category is led by the #11 EuroInternational Ligier of Giorgio Mondini and Kay van Berlo, whilst JMW Motorsport heads the production ranks.

Silk Way Rally 2018
Daily highlights, 15-29 July, Time TBC
Red Bull MotoGP Rookies Cup
Rounds three and four of the 2018 Red Bull MotoGP Rookies Cup sees the series head to Assen, in the Netherlands, and Germany’s Sachsenring. 2017 contender Can Oncu started off the season with a win and second place, but the Turkish rider’s results were matched by Spaniard Carlos Tatay, earmarking them as front-runners for the 2018 season.

ELF CIV, Misano
LIVE, 28 July, 12:30 BST, Race 1
Delayed-as-live, 29 July, 19:35 BST, Race 2
TCR Europe Series
One month after racing at Spa-Francorchamps, the TCR Europe Series returns in July, as the championship heads for Hungary. Former ETCC Champion Dusan Borkovic was the winner of the inaugural race of the new standalone series, though youngsters Mikel Azcona and Josh Files struck back with wins at Zandvoort. Watch out for Hungarian’s Daniel Nagy and Attila Tassi, who will both be hoping to win in front of an enthusiastic home crowd at the Hungaroring.