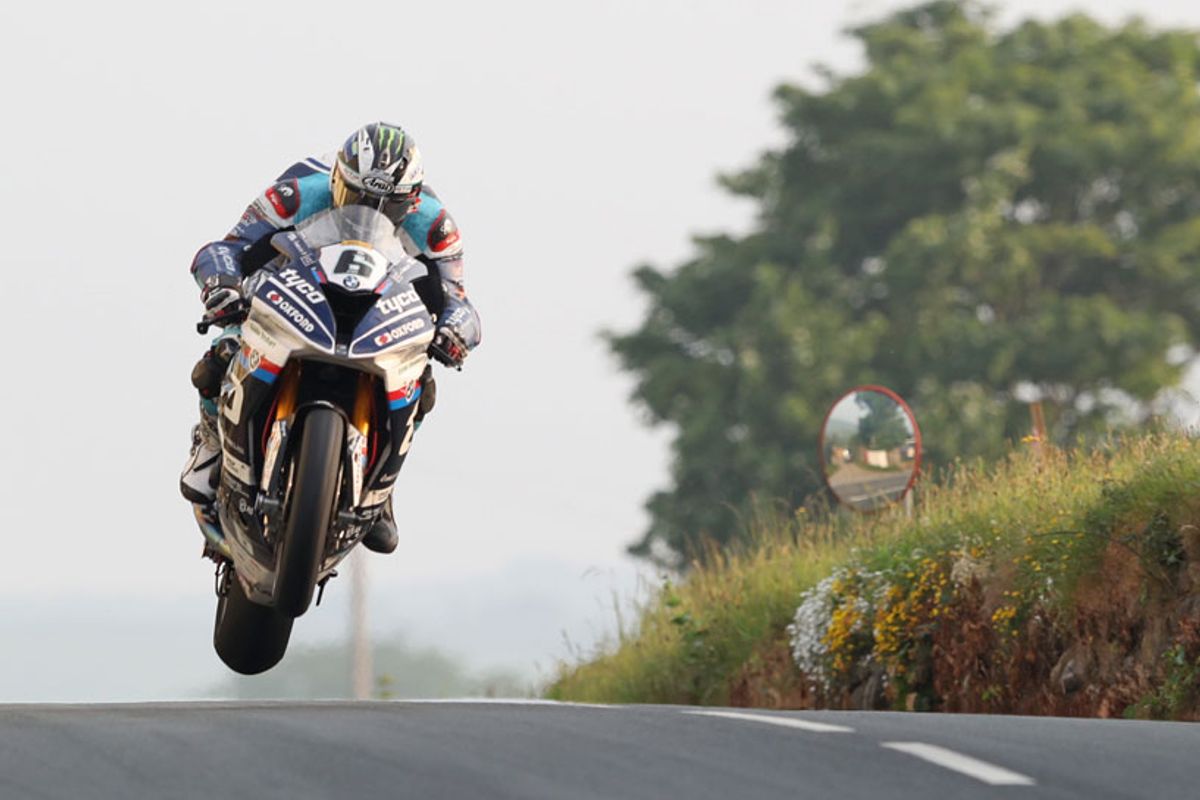 Friday evening’s final qualifying session for the 2018 Isle of Man TT Races, fuelled by Monster Energy, again saw good conditions all around the Mountain Course except for a few damp patches at Laurel Bank, Alpine, Ginger Hall and Ramsey Hairpin.

Although the solos only managed a maximum of three laps due to two delays, Michael Dunlop (Tyco BMW) signalled his intentions for tomorrow’s 6-lap RST Superbike race with a fastest lap of 132.983mph with all three of his laps 132mph+.

After a 35-minute delay to sweep oil at the Graham Memorial, which resulted in stationary yellow flags being shown along the Verandah and waved yellow flags at the Memorial itself, it was 6.55pm when the first bikes set off down Glencrutchery Road.

Harrison was first to complete a lap with 131.56mph, but the yellow flags from the oil spill kept the overall speeds down. However, sector times from Dunlop -on his Superbike - and Peter Hickman on his Superstock, were impressive.

Hickman lapped at 130.09mph to top the Superstock speeds with James Cowton the fastest in the Supersport class with 123.38mph.

However, the red flag came out shortly after the front runners completed their first lap due to an incident at Hailwood Rise and although none of the riders involved were injured, more oil had to be cleared from the course.

The session got underway again at almost 7.45.  Hillier and Dunlop were away first and the latter was first back with a lap of 132.66mph while Hillier put in his first 130mph+lap of the week at 130.64mph. Hickman also went quicker on the Superstock BMW at 130.83mph with David Johnson above the 130mph barrier (130.10) as well. Hutchinson also set his fastest lap of TT2018 at 128mph.

The solo session eventually concluded at 8.05pm with the Formula Two Sidecars getting their final session underway at 8.10pm.

The Birchalls were soon reported out though having stopped at Ballacraine although it was later revealed they didn’t intend to go further.

Holden/Cain were fastest on the opening lap at 115.73mph.  Founds/Lowther lapped at 113.56mph, Founds/Walmsley at 112.78mph, which they improved to 113.354 on their second lap with Reeves/Wilkes also clocking a 113+ (113.198mph) on their second lap. Conrad Harrison/Andy Winkle and Lewis Blackstock/Patrick Rosney both went above the 110mph barrier.

Molyneux/Sayle, meanwhile, had a leisurely lap of 100.71mph with Estelle Leblond/Melanie Farnier setting their fastest lap of the week at 108.29mph to set them up for the Locate.im Sidecar 1 Race tomorrow.

In the Zero class Lee Johnston signalled his intent with a lap of 116.05 after his issues on Thursday night, while it was the turn of Michael, who enjoyed a strong lap in last night’s session, experiencing problems and retiring at the 13th Milestone. Team Mirai’s Ian Lougher and Shaun Anderson on the Brammo were also retirements but will get two more chances for laps ahead of Wednesday’s SES TT Zero Race.